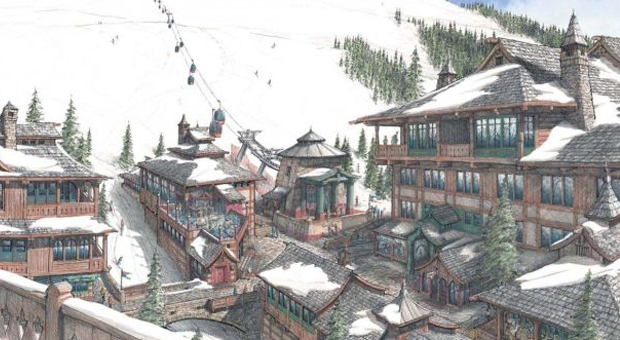 Huge projects such as the Himalayan Ski Village in Manali, are likely to boost the development of tourism industry in Himachal, but might result in ecological disaster. On June 5, 2006, then chief minister of Himachal Pradesh, signed an implementation agreement involving the $350 million Himalayan Ski Village on a 94 hectare area in Kullu district, promoted by Alfred Ford, American business tycoon and great-grandson of well-known Henry Ford. The approval of the agreement later in 2007 was challenged by BJP government and resulted in a delay of four and a half years. The approval was challenged on environmental grounds and issues related to the effect of the project on the local population and resources. An appeal was made in the High Court to seek the cancellation of the project.

It was the part of the vendetta between the party in power and the opposition. The cancellation of the proposed establishment worth Rs. 16,00 crore would have been a great blow to the rivals. However, High Court gave green light to resume the work on the project, passed during the reign of Congress. High Court recently annulled the show cause notice served for cancelling by the State government.

“It is duly established that the state government had already made up its mind to cancel the project and the issuance of notice based on the recommendations of the (state’s high-power) committee was merely a ritual. Even previously, Former Tourism Minister GS Bali has blamed BJP government for creating hurdles without any factual grounds”

The delay in the project was causing an annual loss of Rs.30-50 crore to the state government. The development of the project is being rated high in the global tourism market and the Himalyan Ski resort would put Manali among one of the best ski resort in the world. Even it’s been considered as an alternative to ski resorts of Swiss alps.

The investor had insured that the project involves no environmental impact, rather it would create lively hood for 4000 people and 70% of which would include local residents, which is considered a cunning temptation to gain the trust of the local residents. The DFL Luxury Villas in Shimla has already axed hundreds of trees; a few more like the new complex of Irrigation and Public Health Headquarters on Shimla bye-pass road waiting for opportunities to kill some more. Considering the impact of the construction over natural resources and environment, the luxury ski resort project can lead to exploitation of the local resources on the name of development of tourism industry. Out of total 96 hectare, 78 hectare land is acquired from private owners. Even the local folks are opposing the project on religious grounds.

Even in terms of pollution, the location of the project doesn’t seem to be considered appropriately. Manali is already facing environmental problems due to rapid construction of concrete structure such as hotels/resorts to accommodate huge number of tourists, increasing traffic and pollution. Hydropower projects like the Parbati and Allian Duhangan have also altered the landscape of the region. It’s very hard to consider that no tree would be axed to build such an huge exotic tourist spot that includes 670 room hotel and 132 chalets. You can read the detailed information on the project here including its impacts on local residents, resources and environment. Also, an article on Tehelka titled, ‘A Himalayan Blunder?’ is worth a read. Moreover, Himachal Pradesh has grabbed great attention from both state and center government as a potential tourism industry. To exploit the full potential, the government is working on transportation infrastructure that would reduce the traffic problem, reduce the traveling cost and time. Two of these huge projects include a 390 miles Bilaspur–Mandi–Leh railway, which will snatch the title of being world’s highest railway track from China’s Qinghai–Tibet Railway with an estimated budgets of Rs 22,831 crore and the 84.380 kms long four-lane project on NH 21 in Himachal worth Rs 2356.20 crore.

After the completion of these two projects, Kullu-Manali would receive maximum benefits as an tourist spot in Himachal. That means more crowds to the region. Each addition, in terms of vehicles and number of tourist visiting Kullu-Manali, means a proportional increase in the carbon footprint. Most of us must be familiar with the phenomenon known as climate change, and if not, then you better be, because in developed countries, climate change, emissions, deforestation, water and energy saving practices are getting a serious concerns from both, the government and citizens.

We know about billions of dollars being spent on the development of tourism industry and transportation in the targeted areas of Himachal, but somewhere that sounds like overexploiting the natural resources, which would eventually lead to the destruction of natural beauty, greenery and pleasant climate, which presently tempts tourists from all over the globe.

Tourism, no doubt, is a major source of revenue for the state, but over exploitation of resources, especially by selling forest and agricultural lands to private investors would cost a lot in terms of ecology. It’s a great step to develop tourist industry in Himachal, but it would be a fatal mistake to encourage deforestation and excess construction.

Save Trees: HPSEB to slay 750 trees in Shimla for a 33 KW Substation