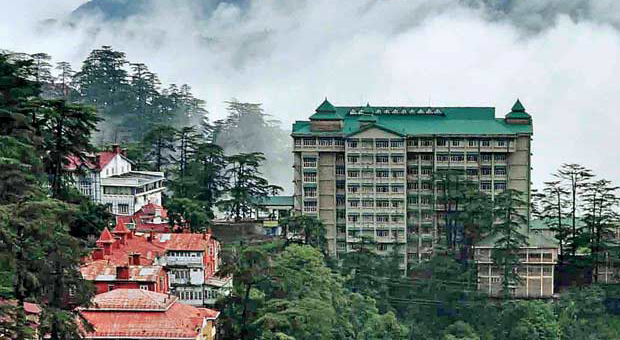 Justice Kurian Joseph, Chief Justice of H.P. High Court speaks while he laid the foundations stone of the H.P. Judicial Academy campus to be constructed at an estimated cost of Rs. 36 crore at Ghandal near Shimla

Justice Kurian Joseph, Chief Justice of H.P. High Court stressed upon the pro-active role of judiciary to meet the aspirations of the common man and added that people had high expectations from the judiciary. He was speaking in the foundation stone laying ceremony of H.P. Judicial Academy campus to be constructed at an estimated cost of Rs. 36 crore at Ghandal near Shimla today.

Chief Justice said that judiciary has been entrusted the vital task of establishing truth and added that it was the prime duty of every Judge to uphold truth. He said that this would strengthen the credibility of the institution besides ensuring justice to the needy. He said that the focus should be on upholding truth and dispensing justice rather than winning the cases.

Justice Kurian Joseph highlighted the need for constant updation of skills besides upgradation of levels of knowledge to have an open and genuine approach while dispensing justice. He said that the Judicial Academy would provide support and expertise in training the judicial and officers of other departments regarding various laws.

Justice Deepak Gupta, Judge, H.P. High Court and President H.P. Judicial Academy welcomed the Chief Justice and other dignitaries. He detailed out the objectives and activities of the Academy.

Dhumal ensures uninterrupted power during winters without any power cuts