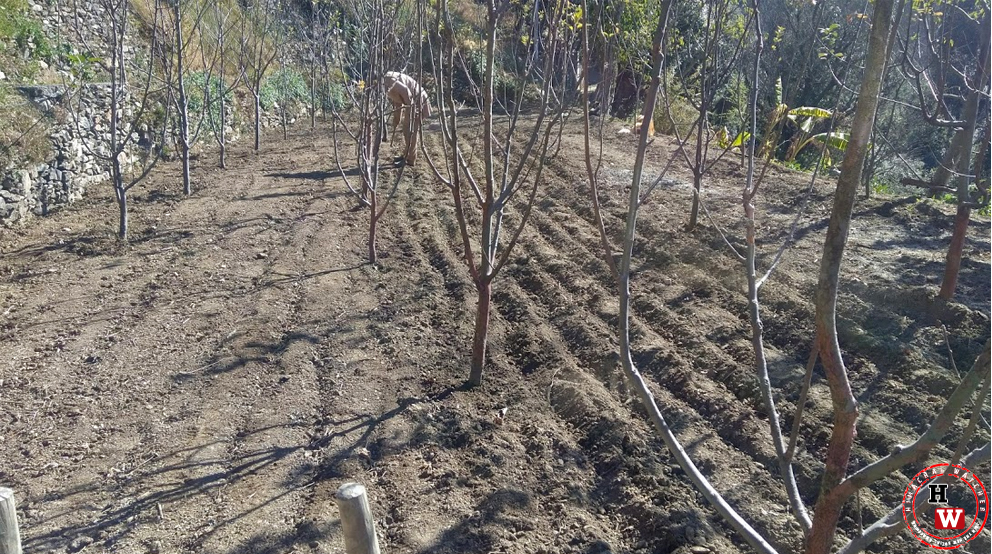 Shimla-The high altitude tribal areas had fresh spell of intermittent snowfall while the mid and lower hills were lashed by rains and hailstorm, causing damage to apple crop.

Shimla and its surrounding areas were lashed by hailstorm, followed by intermittent showers, causing sharp fall in mercury which dropped by three to seven degrees.

The apple crop in lower belt, which is in setting stage suffered widespread damage and standing wheat crop was flattened in some areas in the lower hills.

Widespread rains occurred in Himachal during past 24 hours with Banjar wettest in the region with 19 mm of rains, followed by Seobagh and Pandoh in Mandi 13 mm, Karsog and Palampur 12 mm each, Bhuntar 11 mm, Bajaura 10 mm, Baijnath Dalhousie 9 mm, Mandi, Shimla, Rampur and Kufri 8 mm each.

Maximum and minimum temperatures decreased by 2 to 3 degree Celsius with Keylong and Kalpa recording minimum temperatures at minus 1.1 deg C and 0.4 deg C, while Manali and Saluni recorded a low of 3.0 deg and 5.5 deg, followed by Bhuntar 6.6 deg, Shimla 6.8 deg and Sundernagar 9 deg C.

The local MeT office has predicted rain or snow at isolated places in higher reaches and dry weather in the rest of the state during next 24 hours. PTI

Irregularities in the rate contract of cement: Clarification Please

Property prices in Himachal crumbled to their lowest