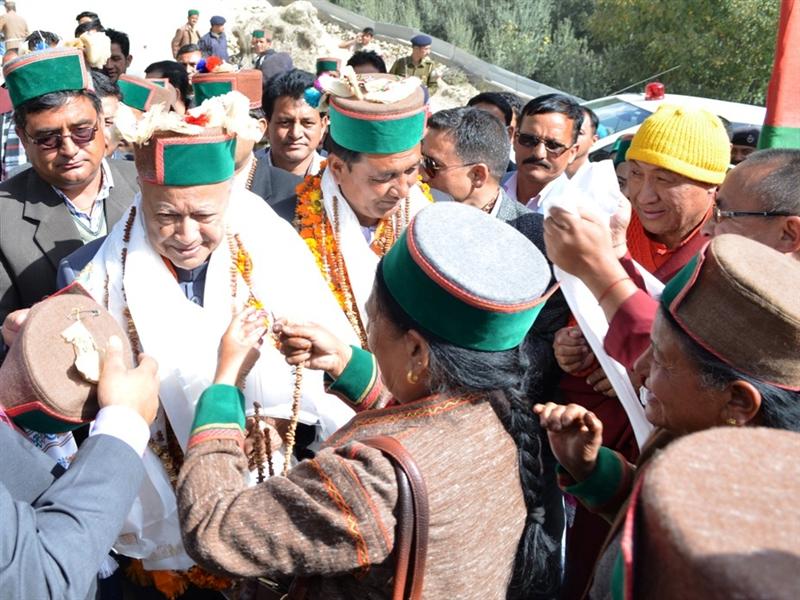 Chief Minister Virbhadra Singh said that fairs and festivals were integral part of the rich culture of the State which were celebrated in almost every village of the State. He was addressing a public meeting on the occasion of the closing Ceremony of the Sangla Valley ‘Ukhyang’ (Festival of Flowers) festival. He felicitated the people of Sangla for under taking initiative for starting the fair which besides giving boost to tourism activities would also help in keeping the culture intact.

He said the State Government had eased the process of ‘Nautaur’ till next two years and the ‘Nautaur’ now would also be available on the land having few trees.

He said that since the formation of the State, many mile stones in the field of development had been achieved and the State had progressed in every sphere of activity and the need of the hour was to maintain the momentum of development and forge ahead. The roads were lifeline of the people of hill State and the Government would ensure that all roads particularly in tribal and far-flung areas were provided with connectivity. He said that for the development of roads in tribal areas, efforts would be made to seek early clearances under Forest Conservation Act.

The Chief Minister announced direct bus service from Sangla to Delhi and also to fence the ground of the Sangla Stadium.

The Chief Minister also honoured Shashi Negi an international boxing player and the girls boxing team who had clinched more than nine gold medals in under Nineteen Boxing Championship held at Dharamshala recently.

MLA dedicates Mooling bridge to the people of Lahaul & Spiti