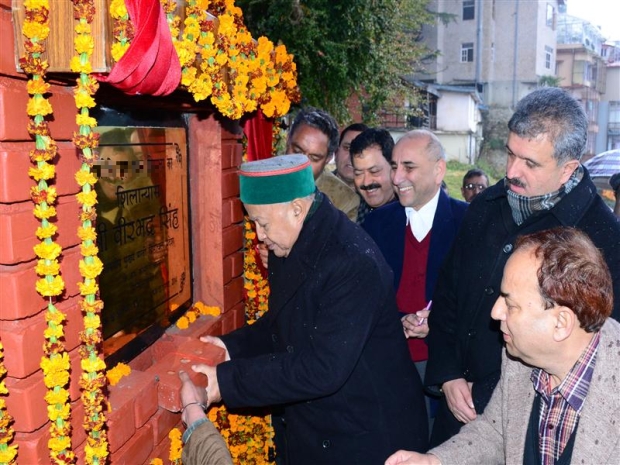 The Chief Minister while addressing Public meetings at Pahal and Bychari said that government had undertaken works Listing the developments, he said that Rs 421.66 crore were being spent by the Public Works department on construction of roads, bridges and buildings alone.

He said the State was having five National Highways and was well connected with link roads. The government was determined to connect every village with roads, he added.

The Chief Minister exhorted people to adopt off season vegetable cultivation and floriculture in the area and urged to construct Check-dams for storing water, which will add to the economy.

However, people should not stop the traditional cultivation altogether, he said, adding that they should also adopt Diary farming as an avocation, which will also lead to indirect employment.

He remembered the contribution of Pandit Jawahar Lal Nehru and Dr Y S Parmar in development of the state.

Stressing on strengthening the health sector in Shimla rural Assembly segment, the Chief Minister said more Health Sub Centres and Primary Health Centres would be opened in rural areas of the constituency.