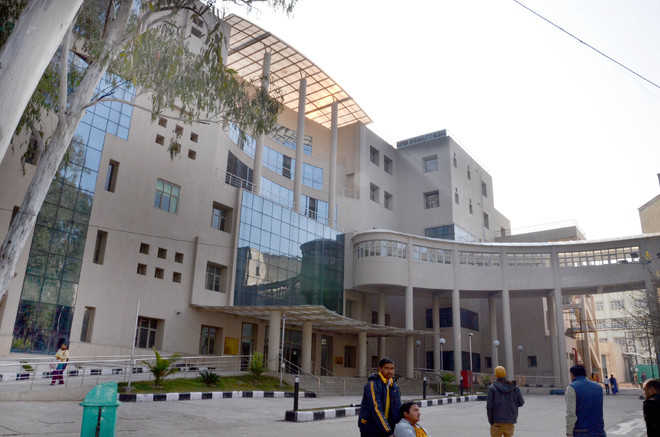 The state government had given Rs 13.5 crore to Hindustan Latex Limited for the purchase of equipment, but the latter had failed to do so

KANGRA-  The Rs 100 crore super-speciality wing of Tanda medical college has ailed to cater to the needs of residents.

A visit to medical college revealed that only a portion of the ground floor of the super-speciality wing has been made functional. Only a few doctors are examining patients. The wing was to offer services to the patients suffering from cancer, heart and liver ailments.

Principal of Tanda medical college Anil Chauhan said the wing was not made functional as it was ill-equipped. As per the directions of the Union Ministry for Health, the equipment for the wing was to be bought through Hindustan Latex Limited. The Union government had invested in the building while the state government was to invest in the equipment.

The state government had transferred Rs 13.5 crore to Hindustan Latex Limited for the purchase of equipment, but the latter had failed to do so, the principal said.

Chauhan said the equipment would reach the college soon as Health Minister JP Nadda was from the state.

The state government had sanctioned a cath lab for the super-speciality wing of Tanda medical college through Hindustan Latex Ltd.

They said the Union government had asked the medical colleges to purchase equipment through Hindustan Latex Limited to pull the organisation out of financial crisis.

Since the organisation is not specialised in the job, the equipment could not be procured. For more than two years, Tanda medical college has been not able to get the equipment despite making an advance payment to the company.

The sources said since the state government had to pay for the purchase of equipment, the college should have been allowed to buy it directly.

When asked about the availability of super-specialist doctors, the principal said at present, the college had two super-specialists in cardiology, two cardiothoracic surgeons, one oncologists, one neurosurgeon and a neurologist.

The sources said the college had also deposited Rs 1 crore to the electricity board for power connection, but the wing would get the connection once the equipment was purchased.

The principal said the work on automated oxygenation plant in Tanda medical college was almost complete. He said the tender for the security of the new building had been allotted.

Tanda medical college caters to Kangra, Chamba, Mandi, Hamirpur and Una districts. In the absence of medical facilities, the patients have to go to hospitals in Punjab and Chandigarh.