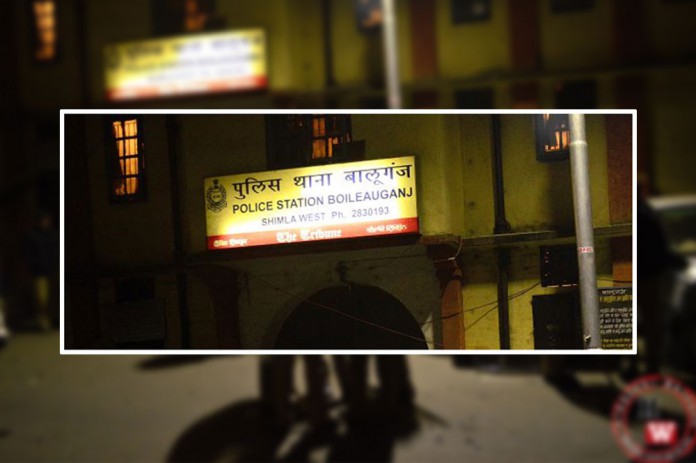 If a fair investigation isn’t done in this case, then for majority of citizens, the incident would only lead to strengthening of usual perception of police harassment for being an informer in cases where it is expected from them. Unfortunately, mishandling of such cases is reality in India, thus, a loophole in encouraging obedience toward civil duties among citizens. People would avoid dialing 100.

SHIMLA- Shimla Police is again caught in controversy for allegedly beating, misbehaving, and filing a false case against a local who had dialed 100 to inform police about then ongoing crime scene. However, police, on the other hand, claims that the person was detained for misguiding police, but denies allegation of beating and misbehave. The complainant has taken the issue to higher police authority and has submitted a complaint to the DGP and Deputy Commissioner.

According to Nitesh Gupta, a resident of Totu, Shimla, on March 17, 2016, he was on his way back to Totu with his ‘mistry’ after visiting his under-construction home in Heeranagar. Near the ‘Naltu Jungle’, a spot between Heeranagar and Dhanda, a group of 3-4 people came out of a pick-up and started beating a man mercilessly. As per Nitesh, he and his ‘mistry’, who were riding a scooty, stopped to observe the scene, but had to flee when the alleged assailants noticed them and chased them.

Nitesh said that he informed the traffic policeman on duty at the Totu Chowk and also dialed emergency helpline 100 to inform about the same. He was given the number of Boileauganj Police Station. His mistry, according to Nitesh, had read the number of the vehicle and same was given to the police. The SHO, Vir Singh, contacted Nitesh again and again asking him to provide exact details of the location.

Next day, in morning, Nitesh received a call asking him to appear at the Boileauganj police station where, allegedly, he was taken into a room and beaten brutally, kicked, punched, slapped and abused. Nitesh also alleged that his phone was snatched and he was not allowed to contact anyone, neither the police followed the procedure of informing the family members of detention of the person. Somehow, according to Nitesh, when the SHO was done beating him, a constable informed his wife about the detention only when she repeatedly kept calling.

Receiving the information about Nitesh’s detention his uncle, Nagender Gupta, and his wife ran to police station and get Nitesh released on bail. Nitesh alleged that the SHO also misbehaved with his wife.

On the other hand, the police claims that action has been taken against the person for providing wrong information and misguiding the police. Police justified that the false information caused great inconvenience to its men as they kept searching the area for clues of reported assault entire night and that it had also detained the driver and people in the reported pick-up, who were released as nothing came up against them.

According to report published in Jagran, the police claimed that the informer did not provide them proper details about himself when contacted by policemen who reached the location after receiving information.

Nitesh accepted that he hesitated to provide details about him and his address fearing police harassment and inconvenience, which is quite normal in India. Jagran also reported that medical examination had not confirmed police beating.

However, demanding suspension of the SHO and proper investigation into the matter, Nagendra Gupta took the matter to higher officials and in a written complaint said,

We residents of the Shimla are concerned with the illegal conduct and misbehavior of S.H.O. Boileauganj, Viri Singh, with Nitesh Gupta when he was called by the police to come to Boileauganj Police Station. His only fault was that he performed his ‘civil duty’ thereby intimating police of some crime but now it appears that there is some nexus between the police and those suspicious anti social elements.

Further, Nitesh has also reached higher officials with his complain in which he said:

That is how the Shimla /HP police is treating genuine and educated civilians. After such an experience anybody at my place will say that never ever help anybody even if he is dying. Such a physical and mental harassment to a genuine informer is extremely shameful.

The SP Shimla, DW Negi, was also informed about the issue who had assured action, but didn’t appear to have initiated. The DGP has also assured proper enquiry into the matter.

While law abiding citizens would agree that no clear conclusion can be reached so far, it’s hard to ignore some interesting questioning about the working of police against a citizen who has no history of complaints against him, or at least of toying with police on 100 helpline. If an information could not be verified and a person causes huge inconvenience or waste of police resources, he can be booked under what law provides. Law doesn’t empower or authorize police to make judgements and decide on the spot punishment.

If a fair investigation isn’t done in this case, then for majority of citizens, the incident would only lead to strengthening of usual perception of police harassment for being an informer in cases where it is expected from them. Unfortunately, mishandling of such cases is reality in India, thus, a loophole in encouraging obedience toward civil duties among citizens. People would avoid dialing 100 – one of the most essential service provided to extend immediate help in emergencies.