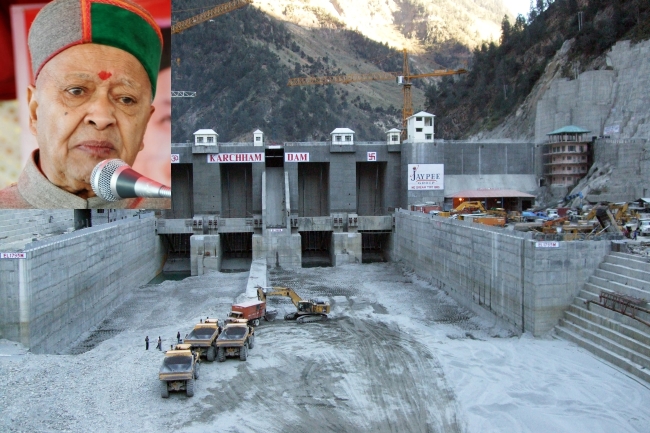 The CAG, in its report, said that JP Power was given undue favour by the Himachal government despite finding that they violated rules and grave irregularities were found in state government’s investments in a thermal power plant that resulted in a loss of Rs 3.98 crore.

The project has already been sold to another power developer for which the state government had given its permission last year. The company is also accused of hiding information about the actual capacity of the hydel project.

This is one of the revelation made by the Comptroller and Auditor General (CAG) of India in its report, in which it rapped the state government’s policy to promote hydro-power sector to raise revenue against the interests of the state.

Failure of the Energy department to detect capacity addition of hydropower project in time and non-levy of Rs 209.28 crore on account of capacity addition charges, additional free power royalty and local area development fund led to extension of undue favour to the power developer,

The findings of the CAG reveals that Karcham-Wangtoo hydel project was allotted to M/s Jaiprakash Industries Limited for an installed capacity of 900 MW through MOU route in August 1993. The CEA in March 2003 accorded techno-economic clearance to the project for an enhanced capacity of 1000 MW. The project was commissioned in May 2011 at a cost of Rs 6,903 crore.

However, in 2011, the CEA detected that the turbine of each generating unit procured by the developer were instead designed for 300 MW. Meaning that the normal continuous output thereby was of total capacity of 1200 MW, which was 20 per cent more than the rated output of the machine.

The state government constituted a Technical Committee (TC) to investigate the specific deviations in the project, which the TC confirmed in June 2013.

Despite the deviations, the company got approval for the same from the state government in 2015.

When we posed the questions to the government authorities, they admitted that the company had no Techno-economic clearance for 1200 MW and also there was failure to levy dues to the tune of Rs 209.28 crore,

In two other cases, the CAG has found grave irregularities in state government’s investments in a thermal power plant that resulted in a loss of Rs 3.98 crore as the project work never took off. CAG, in its report, said that the investment was made without studying its feasibility and choosing a Joint Venture Partner, EMTA, without assessing the merits. The case was being probed by Enforcement Directorate (ED) on money laundering charges as there were top government official involved .

Another irregularity of Rs 71.64 crore detected by CAG is related to grading and classification of timber sold by the HP State Forest Corporation. Grade ‘A’ timber was wrongly classified at lower variants leading to a loss of Rs 18 crore.