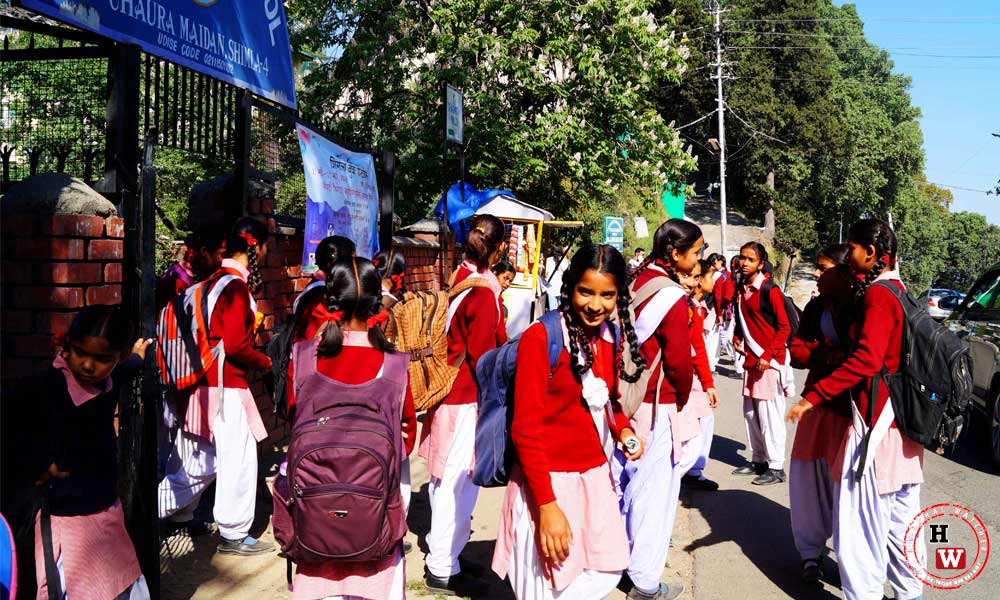 SHIMLA- All students who sat for the Class X board examination in 16 government high schools in Himachal Pradesh (HP) have reportedly failed, according to the HP Board of School Education. The board, which declared the results recently, also said a pass percentage of 20 or less was recorded in another 86 government schools.

According to reports, most of the Class X toppers were students of private schools, with girls outshining boys.

The report said one of the reasons behind such poor class X results could be the low number of students taking the exam. The board data states that only a single student took the exam at Government High School, Mooring (Lahaul-Spiti), and failed. A senior secondary school in Gaushal in the same district saw just a couple of students take the exam. Both of them failed. Sharvi, a government school in Kullu district, had only four students taking the exam three of them have to appear for re-tests and one failed.

Government Senior Secondary School in Pathiar, Kangra, was an exception: It saw over 120 students taking the exam. Nine students cleared it while 13 will have to appear for re-tests, said the Indian Express report.

PC Dhiman, the state additional chief secretary (education), has reportedly asked the HP Board of School Education for details of the schools whose students under performed in the class X and XII board examinations.

According to the another report by Finacial Express, a April 2016 report by the Comptroller and Auditor General had revealed that half the students in 20 percent of the government schools in the state couldn’t pass the class X board exams while 14 percent couldn’t clear the class XII board exams in 2014-2015. The report also highlighted the dire shortage of teachers in the state.