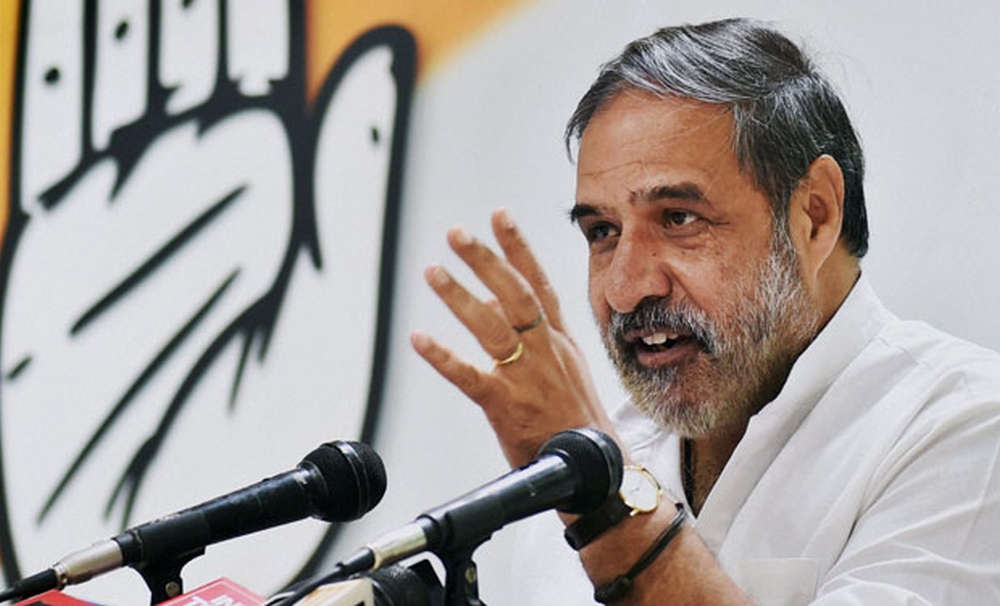 SHIMLA- Congress leader and former Union Minister Anand Sharma while speaking at the general house meeting held in Shimla on Monday advised Modi and his ministers to stop marketing sacrifice of soldiers by making boastful claims.

He said it is sad that both Prime Minister and Defence  Minister Parrikar have deliberately made misleading statements giving an impression that this was the first time that Indian Army had taken action against cross boarder terror attack in three decades.

It is an insult to the Indian Army, he added, which had firmly retaliated against such attacks in the past. The armed forces always had the freedom to effectively respond when required and had the support wisdom decided not to claim Political ownership not make loud announcements. Defence  Minister’s statements, therefore, are an insult to the Martyrs of the Army including the Kargil Heroes.

Prime Minister Narendra Modi and his ministers are advised to speak and act with maturity and restrain on matters of National Security and the brave action of Indian Armed Forces against terror attacks from across the LoC with Pakistan in J&K, said Sharma.

He said that the entire nation had spoken in one voice supporting the action of the Special Forces of the Indian Army in undertaking Surgical Strikes to neutralize the terrorist launch pads across and along the Loc on 29th of September.

Sharma called it an unfortunate attempt of the Centre Government and the BJP to whip up hysteria and create a division in the polity on an issue on which the Country stands united.

He alleged that the Prime Minister cautioned his ministers to refrain from making boastful claims, but did not restrain Defence Minister Manohar Parrikar from making jingoistic statements, and himself joined the chest thumping colleagues in the Government and BJP.

Statements of former Army Chiefs and testimony of Foreign Secretary before the Parliamentary Committee confirming that Army had made strikes along the Loc in the past, but those were not publicized

“I urge the PM and the Government to stop politicizing the action of armed forces for political gains,” said Sharma

It is also clear, that the Government is indulging in this propaganda to divert attention of the people from its failures, non-performance and the economic crisis to escape accountability.