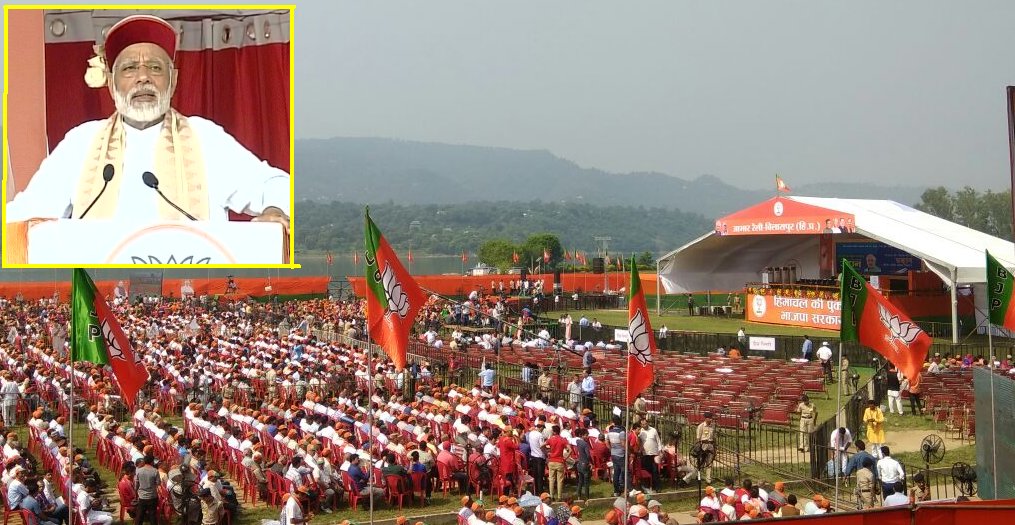 Bilaspur: The Prime Minister Narender Modi laid the foundation stone for the All India Institute of Medical Sciences (AIIMS), at Bilaspur on October 2, 2017.

This 750-bed hospital will be built at a cost of approximately Rs. 1350 crore in around 205 acres of land. In addition to healthcare, it will also provide medical education at the under-graduate and post-graduate level, besides nursing.

Initially, the AIIMS will have 20 super speciality blocks having 750 bed capacities. It will have intake of 100 MBBS seats and 60 nursing seats per batch per annum. All the departments will be interconnected with commercial and residential area inside the campus. 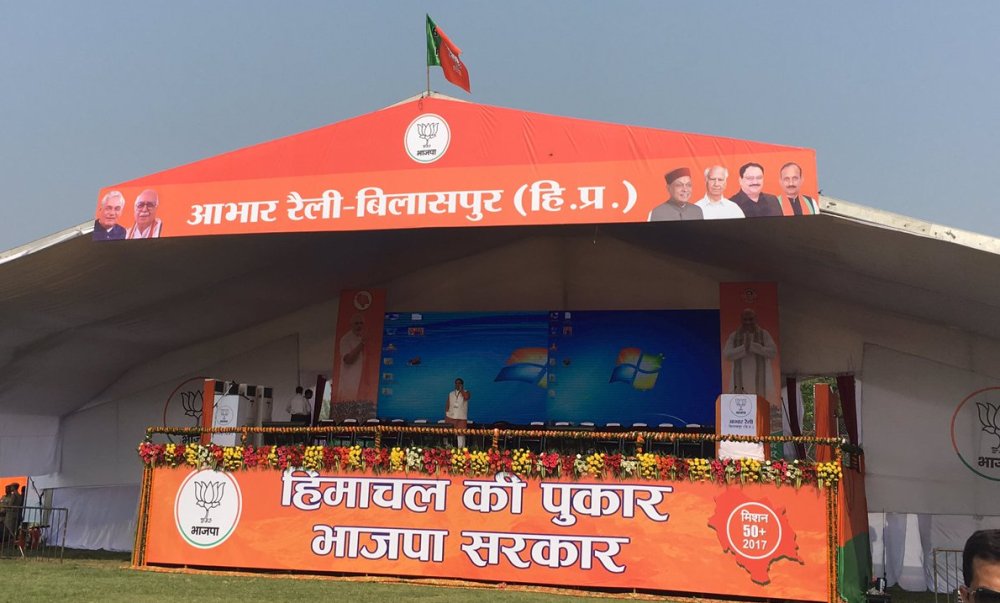 The Prime Minister also unveiled a plaque to mark the launch of Digital Nerve Centres for primary healthcare.It will facilitate the quality health care in rural areas of the state. An initiative of Tata Consultancy services, the digital nerve centre has touched 15 million people throughout the country.

The Prime Minister laid the foundation stone for the Indian Institute of Information Technology (IIIT), at Una. It will be set up in as much as 60 acres of land

The IIIT will be constructed at the cost of Rs. 128 crore. The Government of India will bear the 50 percent cost, while 35 percent of the finances will be borne by State government and the remaining 15 percent by industry partners, namely HP Power Corporation and HP Power Transmission Corporation.

Initially, three courses have been started in IIIT – computer science engineering, electronics and communication engineering and information technology with an annual intake capacity of 160. This is the 20th IIIT in the country.

with an outlay of Rs 70 crore and will have steel production capacity of one lakh tonne per annum. The Steel Authority of India started the work of steel plant in 2014. This will give direct and indirect employment to the youth of the state.

At the time of writing, the Prime Minister was addressing a public rally in Bilaspur.

Showering words of appreciation on the Union Health Minister JP Nadda, the Prime Minister said the establishment of AIIMS will increase a sense of security in tourists, hence, will increase tourism. This campus will provide employment to over 3,000 people, he said.

He said the institute would prove to be a landmark development for the state. The locals will no more need to rush to PGI, Chandigarh.