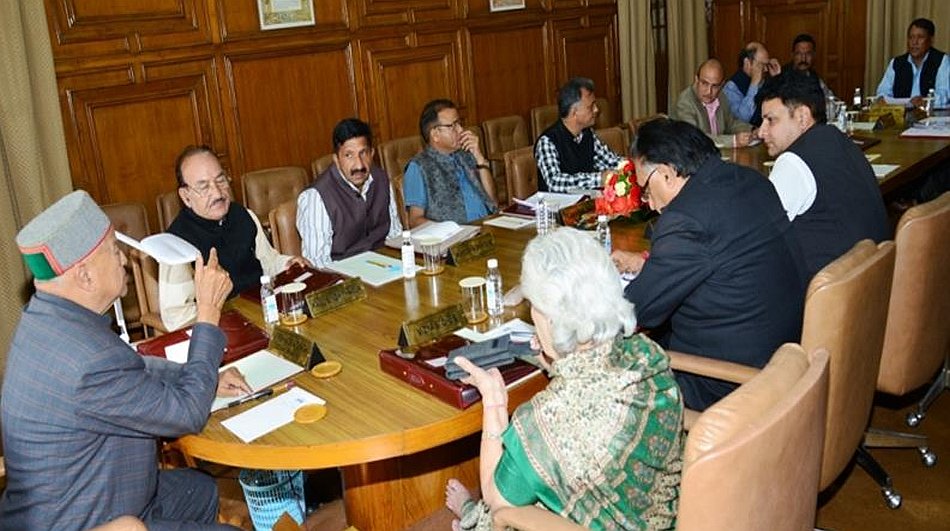 Shimla: The Himachal Pradesh Cabinet in a meeting held on October 4 took several decisions and approved several projects. People, especially the government employees were expecting some major relief as it was the last cabinet meeting before the code of conduct comes into force in wake of upcoming Vidhan Sabha Elections.

In the meeting, the cabinet approved the ‘Himachal Pradesh Heritage Tourism Policy’- 2017.

The policy is expected to open new areas in the State for tourism activities like a glimpse of historical and cultural heritage of Himachal, first hand experiencing of lifestyles and traditions from the times of princely States and the architectural grandeur of British times.

The Cabinet gave its approval to provide regular pay scale to 105 computer operators with effect from July 1, 2017. It will be applicable to candidates who have completed three years of their engagement under MNREGA till March 31, 2017, along-with allowances from MNREGA administrative contingency.

As per the Scheme, for renovation, the roads will be selected by the concerned Panchayats after gaining approval in the Gram Sabha.

The government expects the Scheme will offer employment to the village people along with improvement in the condition of the roads.

The Cabinet agreed to start PG classes in English and Commerce at Government College, Nerwa in district Shimla from academic session 2017-18.

It was decided to frame a policy for re-employment of motivators engaged in externally aided projects as Mid Himalayan watershed development Project.

The Cabinet gave its approval to adopt standard staffing pattern/model organizational structure in Election Department as fixed by Election Commission of India.

The cabinet also approved the amendment in Recruitment and Promotion rules in IPH department to provide additional promotional quota to work inspectors.

The Cabinet gave its nod to upgrade 24 Sub Centers 12 each in districts Kangra and Sirmaur as Health and Wellness Centers on pilot basis through Hindustan Latex Ltd.

The Cabinet decided to create one post of Deputy Drug Controller in Health and Family Welfare department.