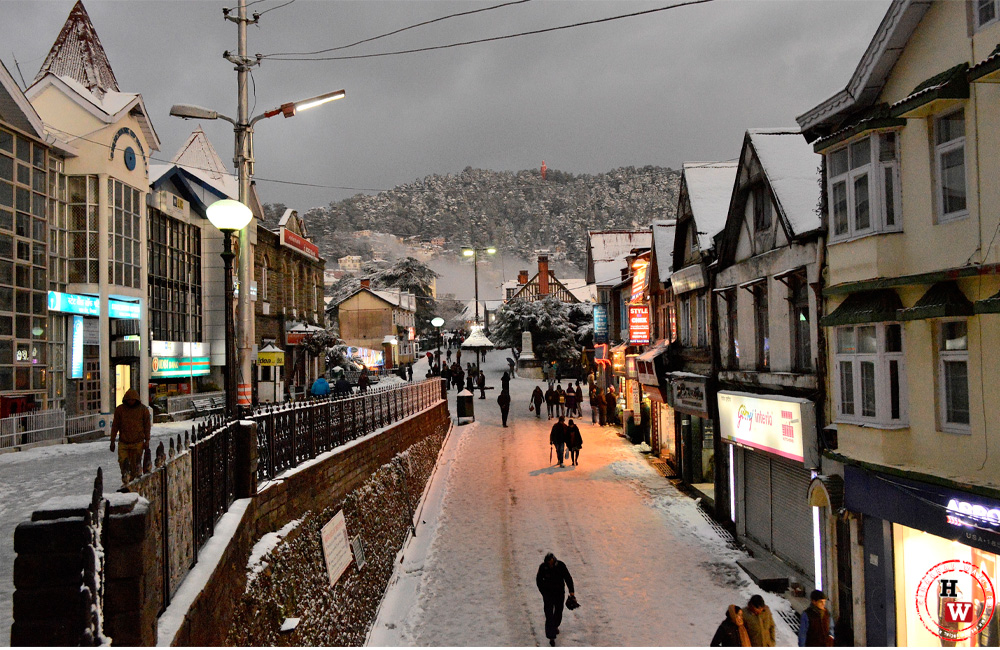 Shimla: The fever of assembly elections is now receding after formation of the new government in Himachal Pradesh. However, to the dismay of the hospitality industry, the Christmas passed without snow, and now the sun haunts remaining three days of the year 2017. As per the Meteorological Department, the sun will be shining till January 2, 2018.

The maximum temperature in Shimla on December 28  was recorded at 17 degrees Celsius, 16.8 degrees in Dharamsala, 9.1 in Dalhousie and 14.5 degrees in Manali.

The last two weeks of December used to be all about the ‘New Year’ celebrations. For tourist towns like Manali and Shimla had become synonymous with white Christmas and New Year eve. Snowfall and mountains were what attracted tourist towards Himachal in chilling winters,

said a well-established hotelier of Shimla

Sadly, the unsustainable concocting activities of humans are upto destroying both of them.

However, the pattern of snow has become more or less erratic with a decrease in the snowfall. However, as per the feedback from the Tourism Department and hoteliers, this year tourist are enjoying the sunny days too. In other words, the hospitality industry might not suffer much due to the absence of snow.

As per the Tourism Department, 153.52 lakh tourists visited Himachal up to September during this year. Out of the total, 150.05 lakh were domestic and 3.77 lakh foreign tourists. This year, tourism contributed 6.8 percent to the domestic product of the state.

However, the agriculturists and those dependent on horticulture know only too well the significance of rain and snow. As per the scientist, the increase in the maximum and minimum temperatures has led to a reduction in overall precipitation and snowfall. The scholars suggest that the drop in apple production is a clear reflection of the decrease in snowfall.

The table given below shows the results of a study titled “Analysis of Total Precipitation and Snowfall Pattern over Shimla” published in the Journal of Agro-Meteorology in 2011: 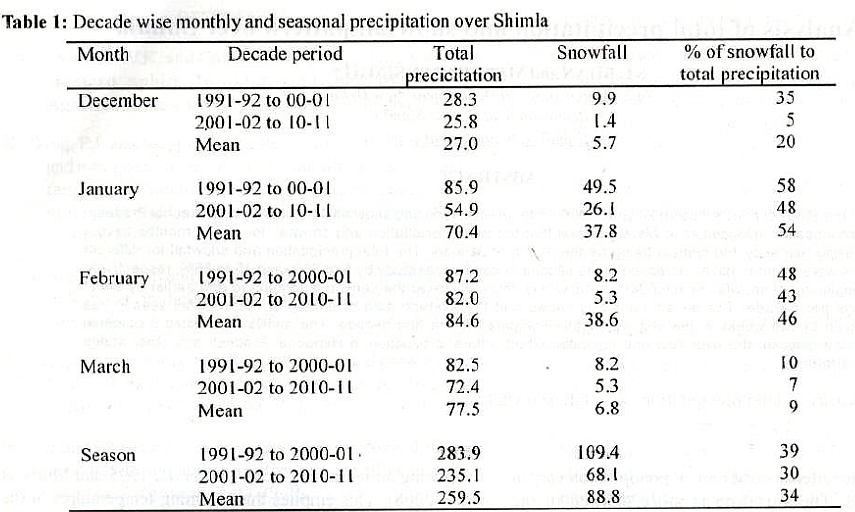 The total precipitation and snowfall data of Shimla for 20 winter seasons from 1991-92 to 2010-11 was considered for the study. The winters in Himachal usually start during November and last upto March.

Abnormal climatic factors during winters, flowering and fruit development stage have lowered apple productivity of the state. The highly suitable apple production areas are now restricted only to higher hills of Shimla, Kullu, Chamba, dry temperate zones of Kinnaur and Spiti areas. The moderately suitable areas have now become marginal for apple production in the state,

Further, the scientists suggested that glaciers were direct indicators of climate change.

The rate of retreat of glaciers in Baspa and Parvati basins has also been fast since 1962, in some cases as high as 172 meters per year. Area under snow cover too has changed between October to June in six basins,

The official data also shows that the apple growers are taking to cultivation of vegetables and ‘low chill’ fruits like pomegranate and kiwi due to an erratic trend of snow in low and mid-altitude (1200-1800 metres) regions of Kullu, Shimla and Mandi districts. Others have begun to try intercropping in apple orchards with other crops or vegetables.

Read about all ministers of Jairam’s newly formed HP Cabinet