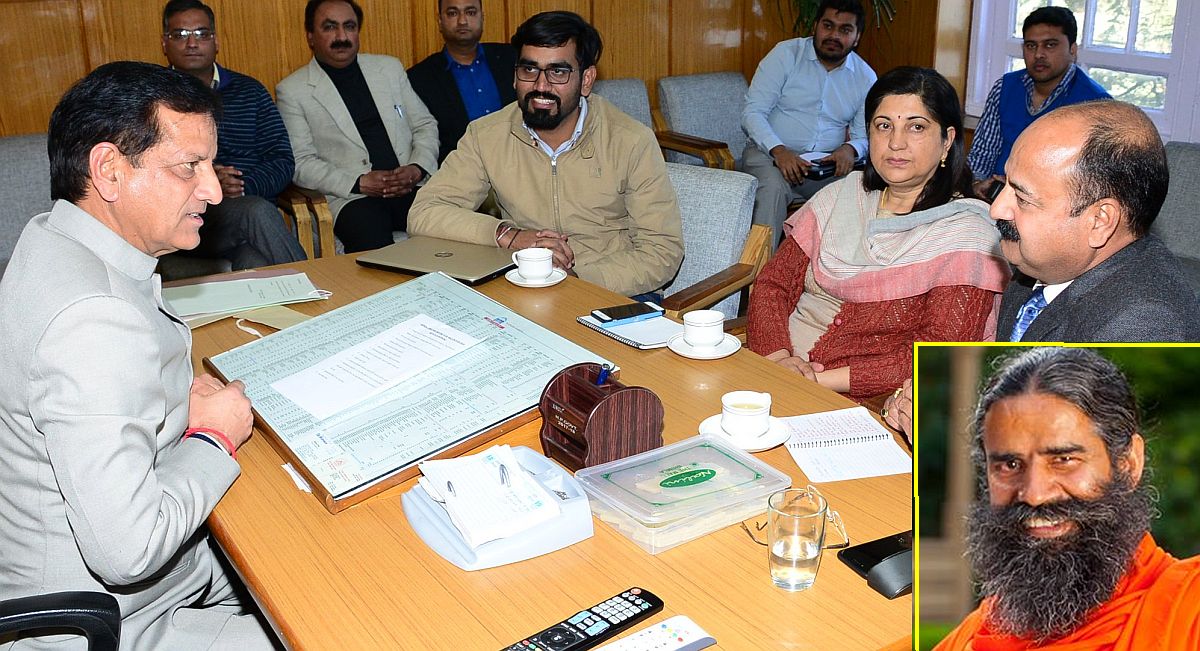 Shimla: The Food, Civil Supplies and Consumer Affairs Minister of Himachal Pradesh, Kishan Kapoor, on January 6, 2016, held a meeting with the representatives of the Patanjali Ayurveda limited, which founded by Ramdev and Balkrishan.

The Minister expressed interest in promoting Patanjali Private Limited as well as increasing sales of its products.  He said the government is considering to open dedicated fare price shops for the Patanjali brand products. The Food and Civil Supplies Department and Consumer Affairs Corporation of HP would regulate these shops.

The minister has directed the officers of the Civil Supply Corporation to ensure that all formalities to make the Patanjali products available in the state should be completed by the end of February. He believes, Patanjali would enhance the quality of every commodity or food grain.

The Minister explained that it would be done considering the demand of the Patanjali products.

Patanjali is producing hundreds of consumer products and, therefore, the Patanjali depots will be opened in a phased manner, said the Minister. He further added that due to the fluctuation in the prices of food items, especially pulses, rice and flour, the tenders will be shuffled every month.

Patanjali, which was a small pharmacy company a few years ago, is now heading towards becoming the biggest producers of fast moving consumer goods (FMCG). The company has recently joined hands with the e-commerce giants including the Amazon India, Flipkart, BigBasket, Grofers, Shopclues and Paytm Mal.

The company is eying the strong base of 100 million online shoppers in India. As per the Economic Times, India will grow more than 1.5 times from the current 390 million to reach 650 million by 2020.

Recently, the Patanjali had announced that its goal is to beat the biggest consumer goods supplier in India, Hindustan Unilever, by 2018. Patanjali has earned a revenue of over 10, 000 crores in Financial Year 2017.