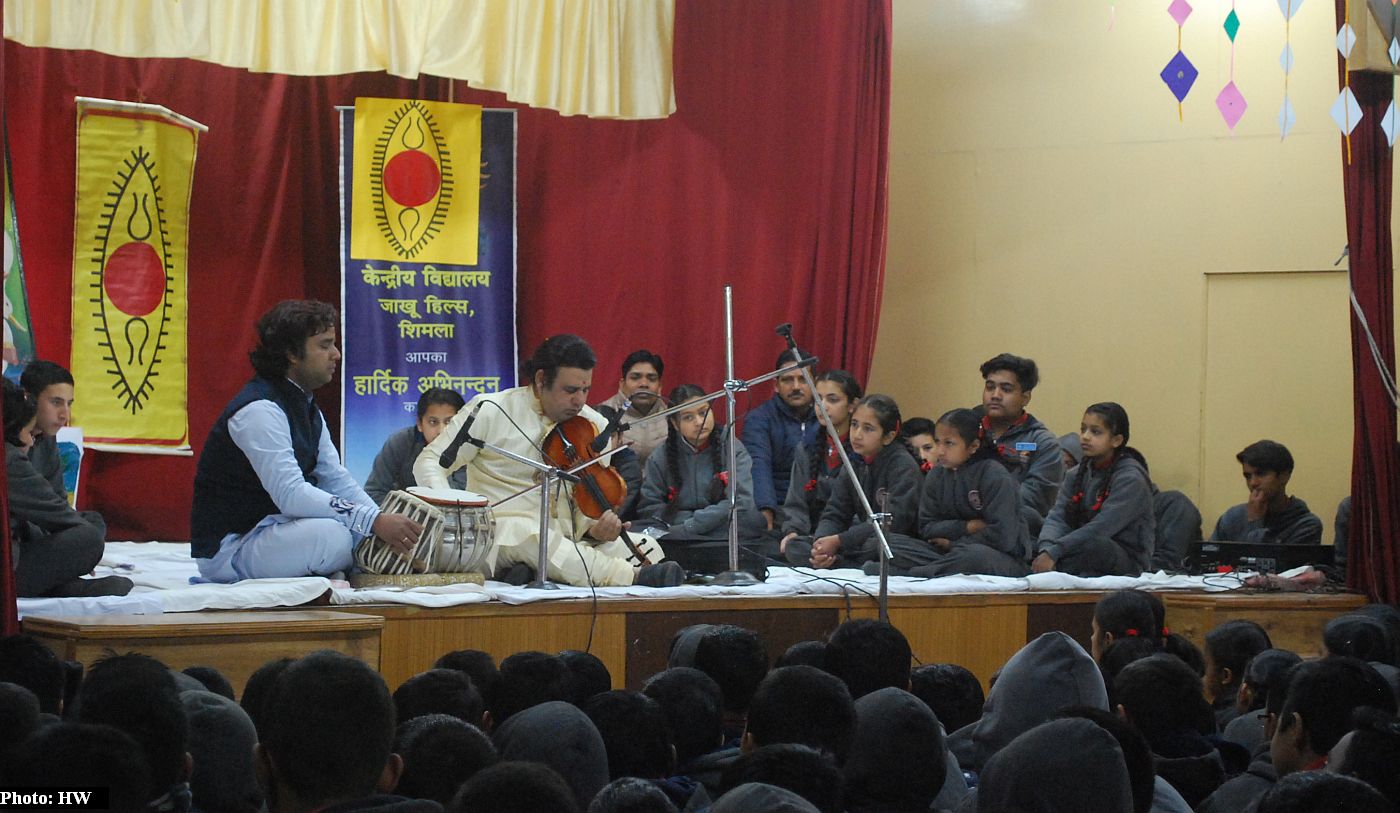 Shimla: The students and staff of Kendriya Vidyalaya Jakhoo Hills, Shimla, today, received an opportunity to watch the internationally famed Indian classical violinist Ustad Jauhar Ali Khan performing live. The occasion was an event organized by the Promotion of Indian Classical Music and Culture Among Youngster (SPIC MACY) – a non-profit organization formed in 1977 by Dr Kiran Seth with an aim to promote classical music. 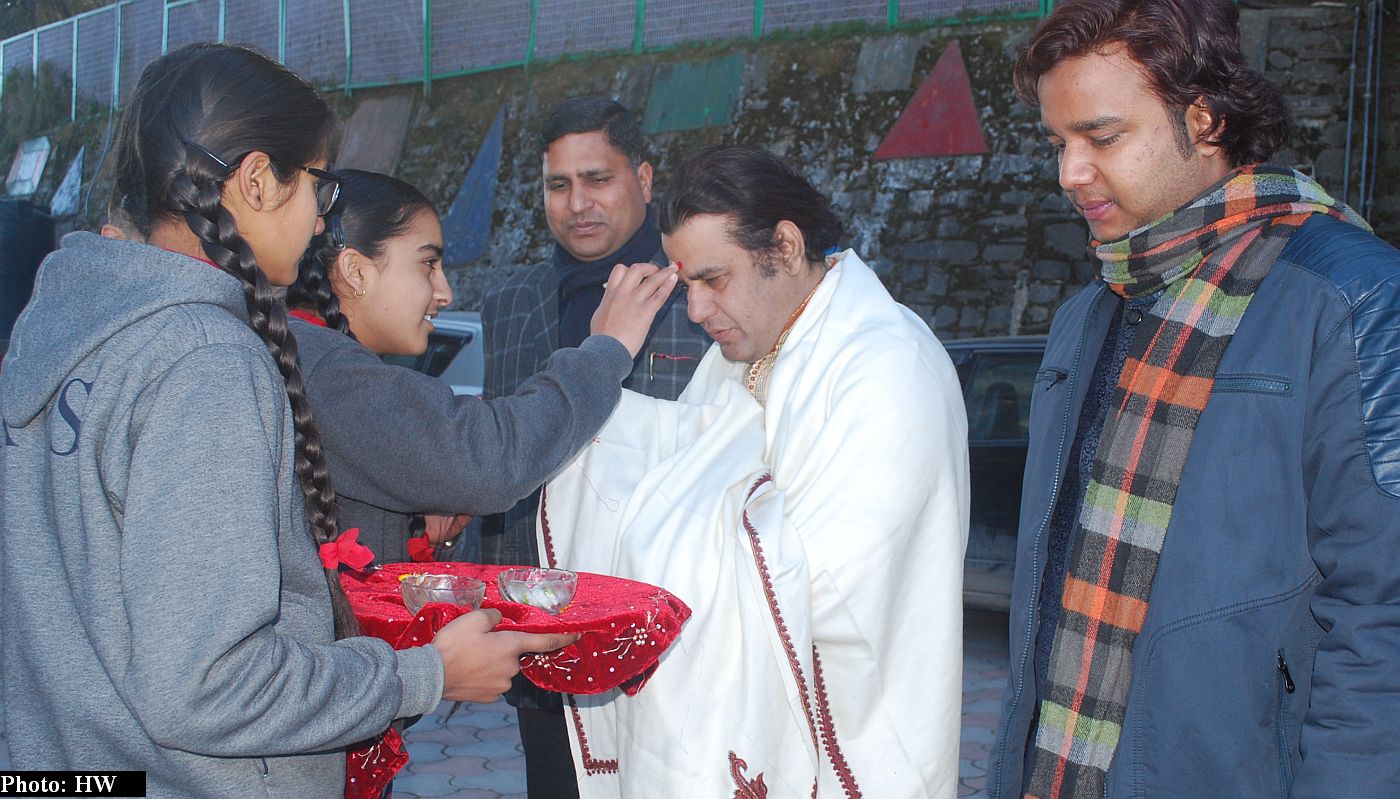 After 40 years of journey, the SPIC MACY is a movement to reckon with that has done a pioneer work in the promotion of not only Indian classical music but also in promotion of classical dance, folk music, yoga, meditation etc.  at national and international level. 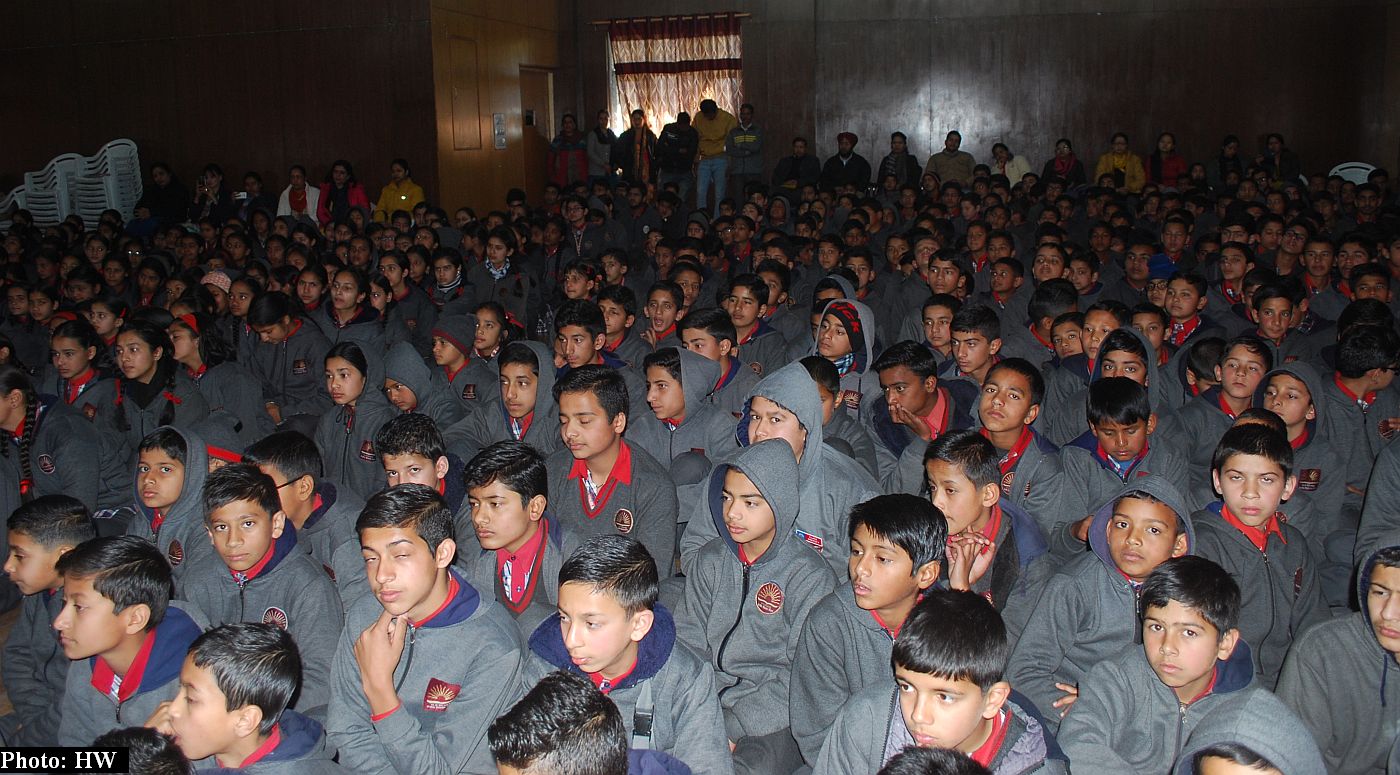 Khan is the elder son of late Gohar Ali Khan – the legendary artist of the traditional Patiala and Rampur ‘Gharaana’ (family).

In a duet with Indian ‘Tabala Vadak’, Amir Khan, Ustad Khan offered glimpses of rich and incredibly diverse Indian music of various states. It was followed by a session of ‘Sufi’ music performance. 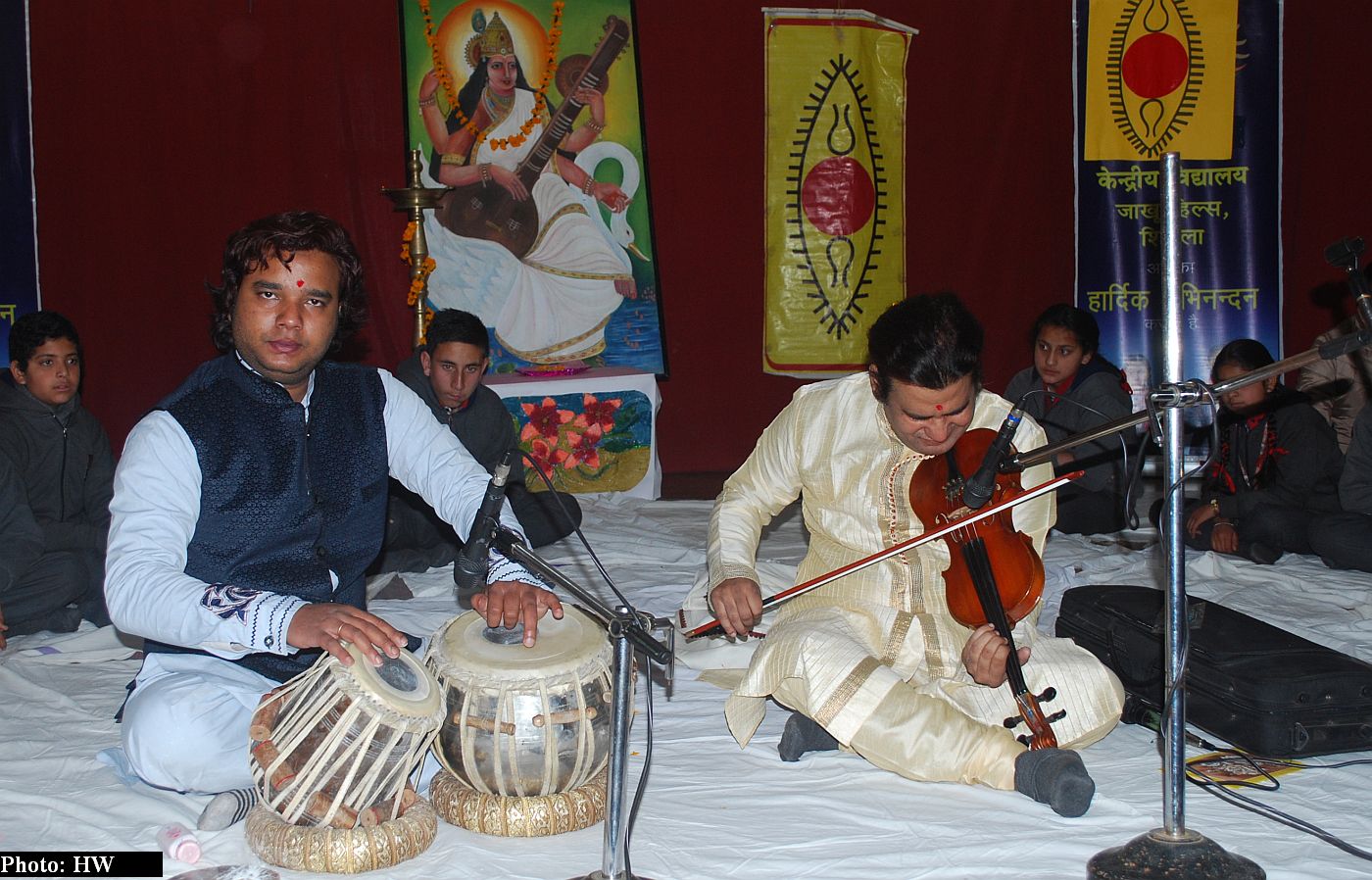 The artist also interacted with the teachers and the students regarding their knowledge about the Indian music. He appreciated the students of the school for their keen interest in music and encouraged them to pursue and promote what actually belongs to them – the Indian classical music and cultural heritage.

You should make music an integral part of your life and carry it forward to the coming generations,

he told the students after the performance.

The artist concluded the event with the performance of a patriotic song.

The Principal of the school honoured the artist by presenting him a traditional cap of Himachal.

The staff and students are very fortunate to have received this opportunity to watch such a renowned Indian artist perform at their school,

said the Principal in the concluding speech.

The Principal also expressed gratitude towards the SPIC MACY for the organization of such a harmonious event.

Himachal may get heavy to moderate snowfall, rain next week: HP Met