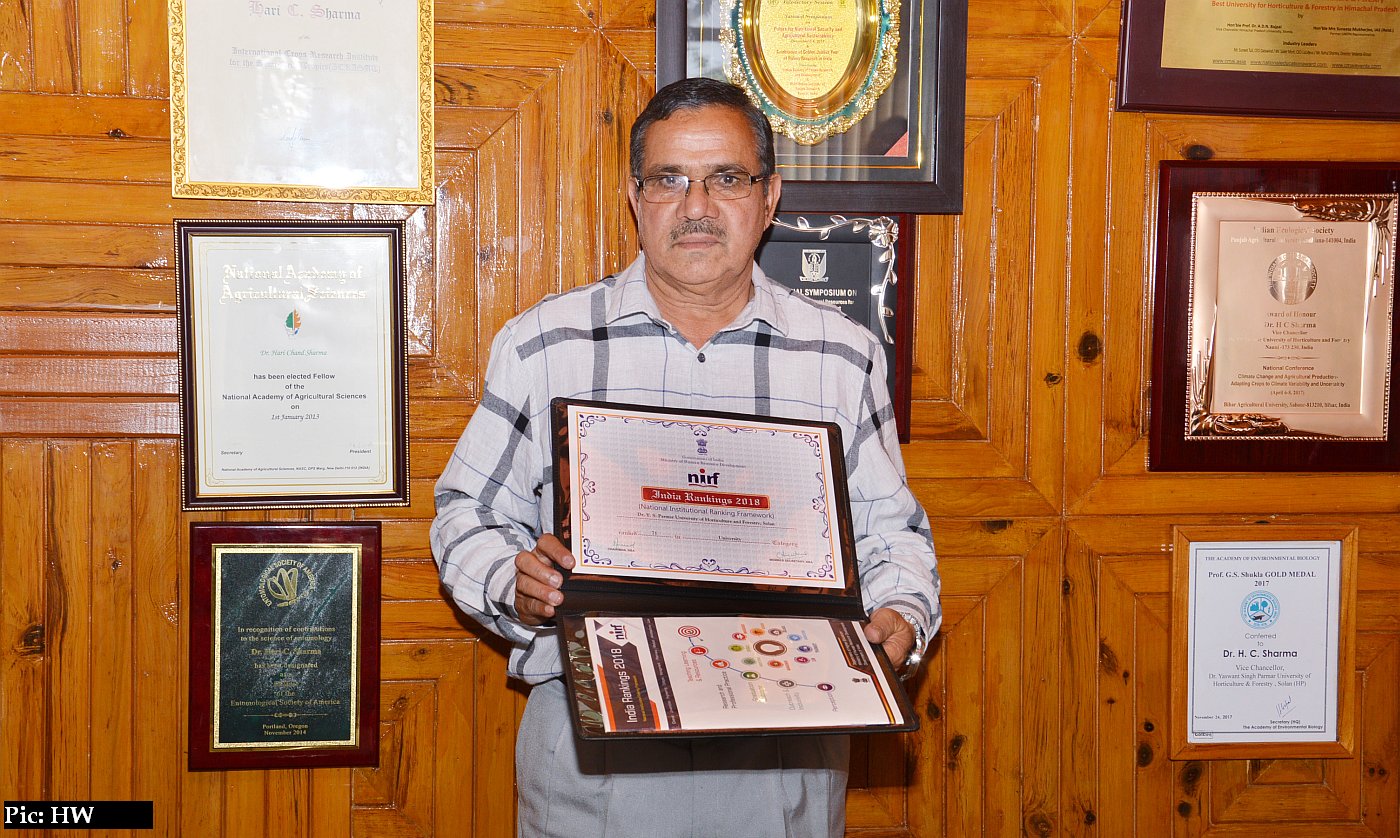 Solan: The Dr YS Parmar University of Horticulture and Forestry, Nauni, has been ranked at 71st in the National Institutional Ranking Framework (NIRF) 2018 of the Ministry of Human Resource Development.

As per the NIRF ranking released by Union Minister for Human Resource Development, Prakash Javadekar, at Vigyan Bhawan, only one university from Himachal Pradesh made it to top 100 in the universities category.

In the overall category too, the university narrowly missed the list of top 100 institutions in the country by a mere .22 points, said the UHF.

This year, the Ministry carried out rankings for Overall, Universities, Engineering, Colleges, Pharmacy and Management categories. Medical, Architecture and Law were the new categories added this year.

The institutions were judged on parameters like Teaching, Learning and Resources, Research and Professional Practice, Graduation Outcome, Outreach and Inclusivity, and Perception with each having several other subheads.

This list was topped by the Indian Institute of Science which has a strength of 430 scientists and an annual expenditure of Rs 525 crores.

In comparison, for the same period, Dr YS Parmar University had a faculty strength of 218 and an operating budget of 124 crores. The research budget of UHF is far less and is largely managed through research projects from funding agencies like ICAR, DBT, DST, HPSTC, etc., said the UHF.

What is encouraging for the university is that it has been ranked at 24th position in the university list for Teaching Learning Resources. This parameter includes the students’ strength including Doctoral Students (SS), Faculty-Student Ratio, Combined and Financial Resources.

The university has also increased its score from 39.54 to 40.30 this year. The university is placed at the seventh position among the 11 horticulture, agriculture and veterinary universities, which have found places in this top 100 universities list.

Vice-Chancellor Dr HC Sharma congratulated the faculty, students and staff for the impressive performance and urged them to work harder so that the university’s name figures in the top 25 institutions in the country in future ranking.

The university will examine the report closely and work on the parameters where the university has not done so well so that the university rankings can be improved in the future. To push for high rankings, we need to increase our faculty strength and need greater support for research from the state and central governments,