Dr Vivek Bindal hails from Solan and is the son of Rajeev Bindal, the five-time legislator and current Deputy Speaker of the HP Legislative Assembly. He is currently serving as a consultant and coordinator (Robotic Surgery), Institute of Minimal Access, Metabolic and Bariatric.

It is believed that he is the most experienced Robotic and Bariatric Surgeon in South East Asia. He has published many research papers and book chapters in this field in reputed journals. 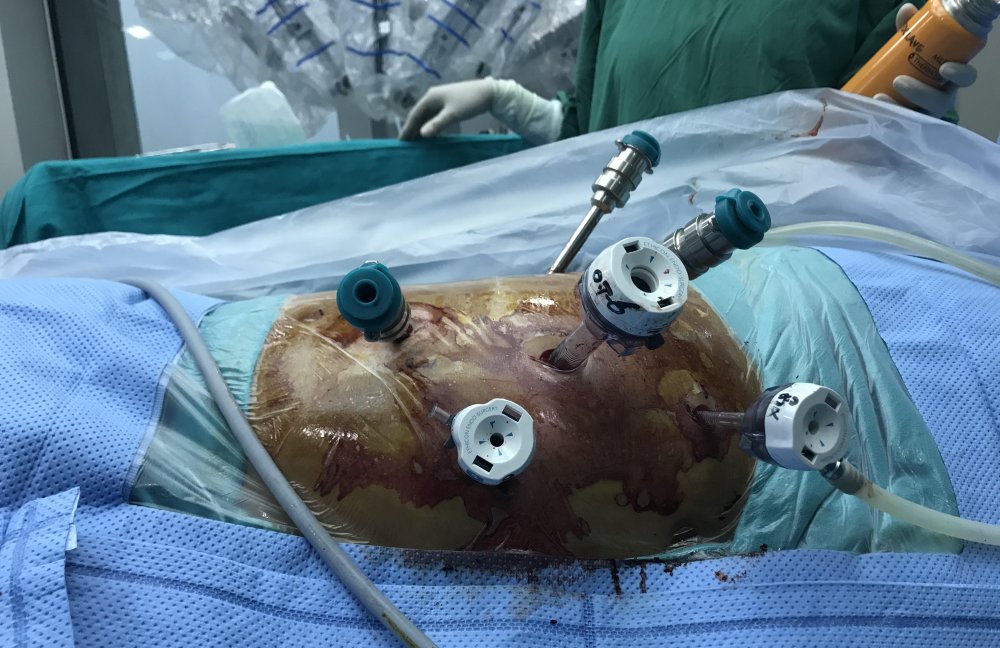 According to doctors, the procedure lasted for two hours and the child was kept in hospital for four days and discharged thereafter, without any blood pressure medication. Before surgery, he was taking three different tablets for blood pressure in high doses.

During this uphill task, Prof. Satish Aggarwal was also present. Experts claim that the surgery is first of its kind in India. Robotic surgery is rarely used on children because of the small size of the abdomen, especially for adrenal tumors, which are deep-seated and adjacent to big blood vessels.

The adrenal gland is a deep-seated gland in the human abdominal cavity above the kidney, adjacent to biggest blood vessels and important organs of our body. 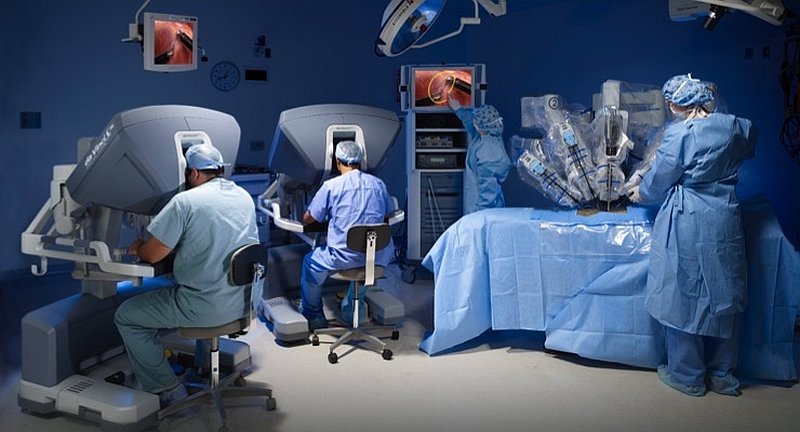 “Pheochromocytoma” is a rare functional tumor of the adrenal gland which leads to very high blood pressure and other medical problems. It is usually removed by open surgery, which entails a big cut and long recovery,  the doctors said.

The child had symptoms like sweating, palpitations, breathlessness and high blood pressure. On investigations, he was found to have a large 8 cm tumor in the left adrenal gland, along with high catecholamine (hormone) levels, suggestive of pheochromocytoma,

The child was planned for excision of the tumor by robotic surgery, rather than open surgery.

The location and size of the tumor, its proximity to vital organs like pancreas and major blood vessels, coupled with a small abdominal cavity in a child made it a very challenging and robotic platform was chosen to overcome these problems. The additional benefits of small incisions, minimal blood loss and faster recovery in a child made us proceed with robotics,

Experts said the challenge was to maintain blood pressure before, during and after the surgery.

According to doctors, even minimal manipulation of the adrenal tumor during surgery can shoot the blood pressure to alarming levels, while it falls precipitously immediately after removal of the tumor.

The child underwent a successful removal of the left adrenal tumor, which turned out to be 8 cm tumor, stuck to kidney, pancreas, spleen and large intestine, Keyhole robotic surgery was performed and the structures were dissected one by one safely.

The tumor was very vascular and had multiple bold vessels supplying it, arising from renal vessels and aorta. They were isolated and divided in between clips. The tumor was removed in totality without any significant blood loss,

Dr Vivek Bindal is working as Consultant Robotic, Laparoscopic and Bariatric Surgeon at Sir Ganga Ram Hospital, New Delhi. He has a keen interest in Robotic Bariatric (Weight loss) Surgery and has worked and published extensively in this field. He is among the pioneer surgeons in South East Asia to bring Robotic Surgery in the field of Obesity surgery.

Following this degree, Dr Bindal did an advanced fellowship in Robotic Gastrointestinal and Bariatric Surgery from the University of Illinois at Chicago, USA. He also worked as a faculty member in Division of Metabolic & Weight Loss Surgery, Duke University Medical Center, USA.

He has been invited to speak on Laparoscopic, Robotic and Bariatric Surgery in various international and national conferences. He is actively involved in research in Bariatric surgery and is co-PI of many projects involving basic science research.