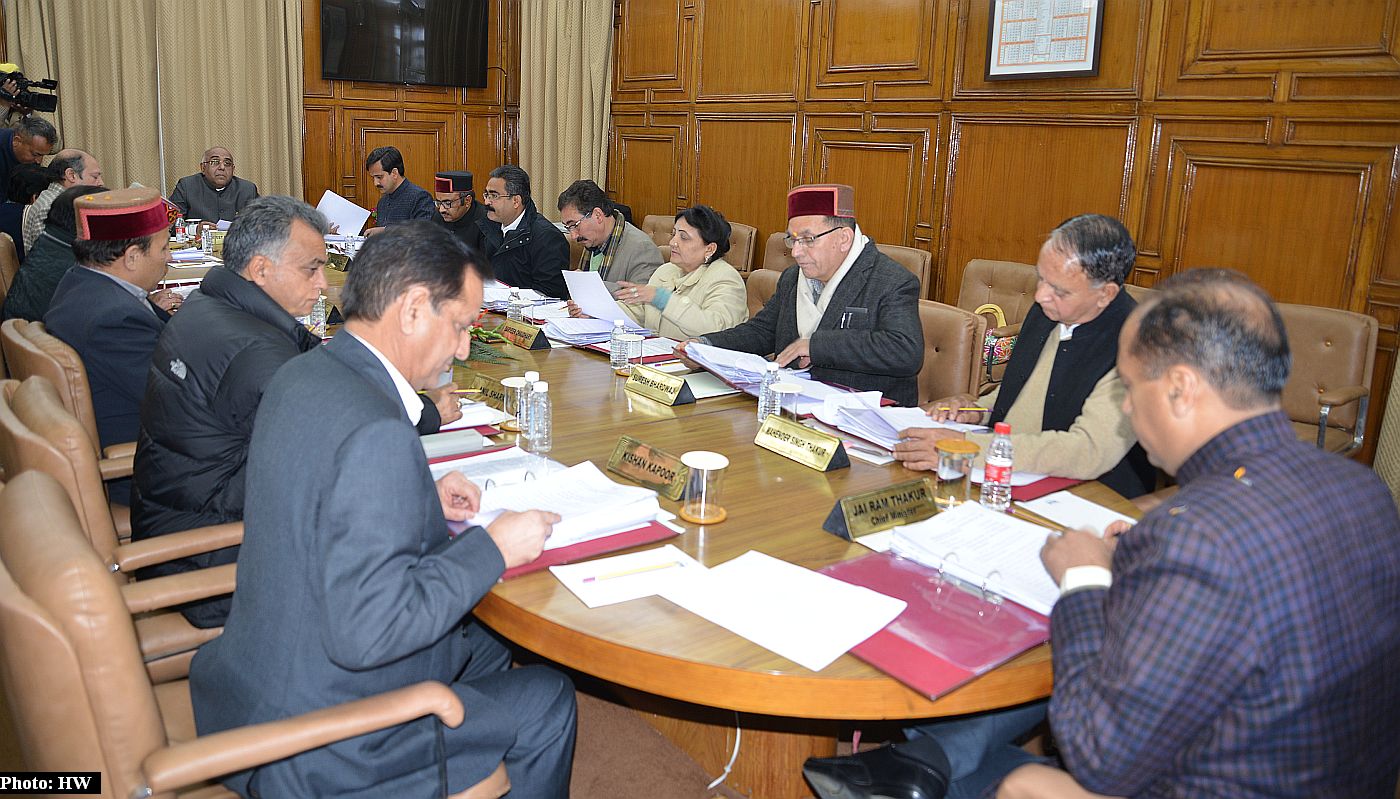 Shimla: The Himachal Pradesh Cabinet meeting, held on today on May 24, 2018, under the Chairmanship of Chief Minister Jai Ram Thakur, decided to give its approval to relax the condition prospectively for grant of full pension on completion of 33 years of qualifying service to all class-III and class-IV government employees who seek voluntary/premature retirement by modifying the notification issued by Finance Department on November 11, 2014.

Earlier, the State Government vide notification referred above has inserted a provision that the Government employees seeking voluntary/premature retirement in their own interest and have rendered minimum service of 20 years but less than 33 years shall be entitled to pro-rata pension against 33 years. Meaning thereby, such government employees shall be entitled to get a full pension only on completion of 33 years of qualifying service.

It also gave nod to the draft notification of ‘Mukhya Mantri Swavlamban Yojana- 2018.  The scheme, the Government claimed, would promote self-employment opportunities in the State and provide livelihood to local youth by encouraging local entrepreneurship.

It also decided to launch ‘Himachal Grihni Suvidha Yojna’ for women empowerment and environmental conservation in the State. Under this scheme, the State Government would provide security for LPG connections and Gas Stove to remaining households which were not covered under ‘Ujjawala’ Scheme being run by the Central Government.

The Government would fill up 333 posts of different categories on contract basis in National Health Mission, Himachal Pradesh.  Other than this, it was decided to fill up following posts in various departments:

The annual scholarship under ‘Dr. Ambedkar Medhavi Chhatravriti Yojna’ has been increased from Rs. 10,000 to Rs. 12000. It also increased the number of students eligible for this scholarship in Class XI and XII from 2000 to 2500.

The Cabinet gave its approval to increase the honorarium of the following office bearers of Panchayati Raj Institutions in the State:

Similarly, meeting allowance of member Gram Panchayat has been enhanced to Rs. 240 per meeting from existing Rs. 225 with maximum two meetings in a month.

The Cabinet while reviewing the departmental working of MPP and Power Department decided to make electricity complaint system more effective, especially the installation of new connections. It also stressed to bring distribution losses on zero basis. It also stressed to form quick action team at the divisional level.

It also emphasized the need for making arrangements of Solar cookers in Mid Day meal programme and anganwari centres.

It stressed the need to solve the problem of low voltage and inventory system should be adopted so that there is no shortage.