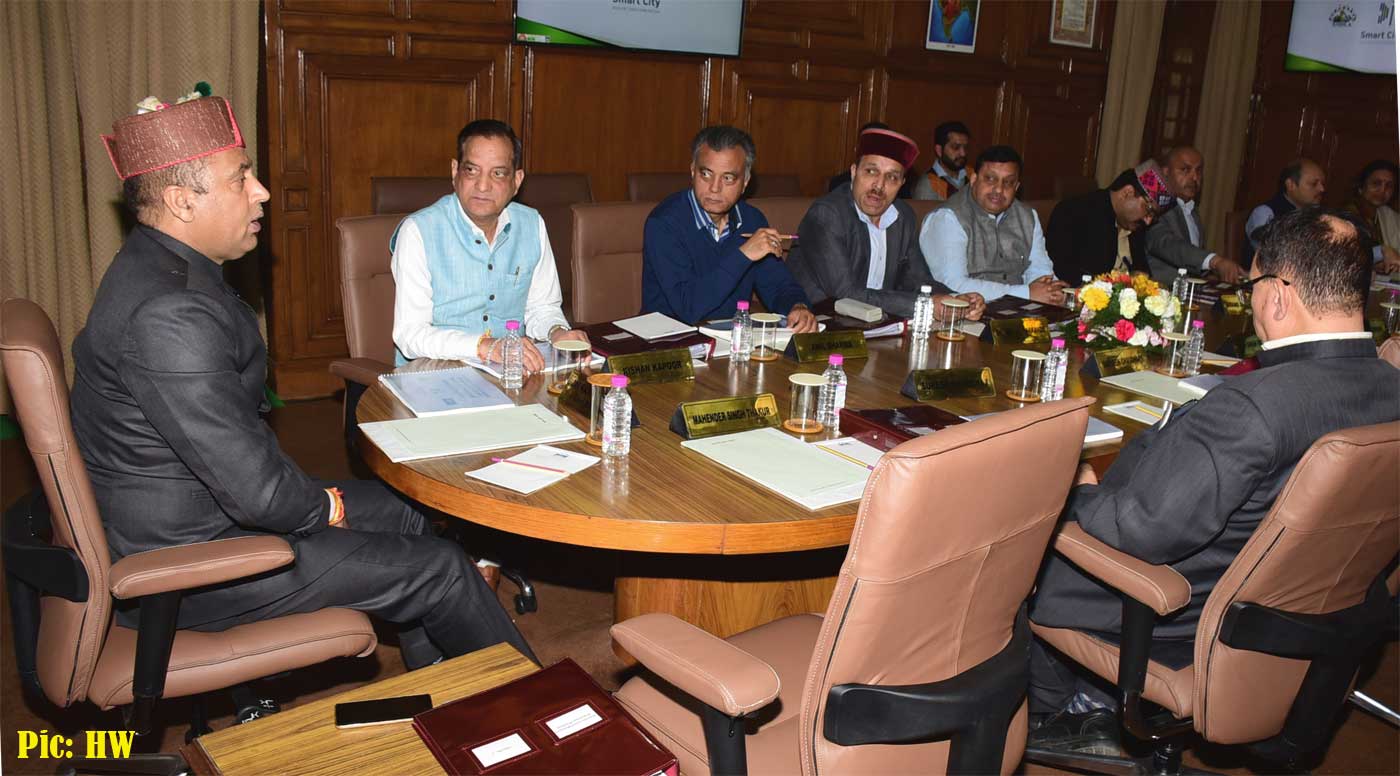 Shimla: The Himachal Pradesh Government has withdrawn tax on all fruits and all vegetables under H.P. Taxation (on Certain Goods Carried by Road) Act, 1999. It’s a good news for the farmers and horticulturists of the State. Transporters would also be relieved from inconvenience for paying the CGCR tax at Parwanoo/ Chakki Mour barrier for carrying fruits and vegetables.

It was informed during the State Cabinet meeting held on June 26, 2018, under the Chairmanship of Chief Minister Jai Ram Thakur.

The government gave nod to reduce/revise the existing rates of Additional Goods Tax (AGT) under the HP Passengers and Goods Taxation Act, 1955 on iron and steel, yarn and plastic goods to benefit the general public.

Further, the electricity duty on the existing small industries has been reduced from 4 percent to 2 percent. For medium industrial units, the same was cut down from 10 percent to 7 percent.

It was also decided to reduce per unit rate from Rs. 1 to 35 paise to agriculture consumers.

The Cabinet approved to fill up 1036 posts of Trained Graduate Teachers and 844 posts of JBTs in Education Department on a contract basis to cope with the shortage of teachers in the schools, especially in remote and hard areas of the State.

The Cabinet approved the transportation guidelines for safe plying of the school vehicles.

According to guidelines, all school vehicles would have first aid box, the emergency number displayed, no curtains or music system and inflammatory items in vehicles and the school vehicles should not be more than 15 years old. It should have speed governor and special provision for specially-abled students etc.

It accorded its approval to provide a subsidy of 10 percent or Rs. 4000 per kilowatt, whichever is less, to all the domestic consumers, institutions (registered under Society and Trust Act) and Social Sectors (Ashrams run by the Government) for installation of solar power plants at the rooftops of the buildings to encourage the use of solar energy.

It also gave its nod in principle to fill up vacant posts of different categories of teachers in remote/hard areas through the concerned School Management Committees (SMCs) in Elementary/ Higher Education Department where there are no teachers. The modalities will be finalized later.

The Cabinet gave its consent to create and fill up 89 posts of different categories to run State Nutrition Resource Centre-State Project Management Unit (SNRC-SPMU), District Help Desk and Block level under National Nutrition Mission being implemented in five districts of the State, viz. Chamba, Hamirpur, Shimla, Solan and Una being implemented by the Social Justice and Empowerment Department.

The Cabinet gave its consent to impose a ban on manufacturing, stocking, sale and use of thermocol cutlery i.e. thermocol cups, plates, glasses or any other item used for serving or consuming food in the State. The businessmen would get a time of three months to clear their stock and promote petals.

The government approved the guidelines for providing assistance for installation of anti-hail nets as per budget assurance. The scheme will primarily benefit small and marginal and women farmers of the State to reduce qualitative and quantitative losses to their horticulture produce, said the government.

Under the scheme, 80 percent subsidy would be provided to the farmers for purchase of anti-hail nets with the target to bring 30 lakh square meter area under the protection of anti-hail nets during the current financial year.

The Cabinet decided to create nine posts of Constables in Police Department to manage Guddiya Helpline and Shakti Button App.

It gave its approval to fill up 13 vacant posts of Statistical Assistant in Women and Child Development Department on contract basis through direct recruitment.

The Cabinet also decided to make some amendments to the selection procedure of BPL families.

The Cabinet also approved the guidelines for implementation of Mukhya Mantri Greenhouse Renovation Scheme under which 70 percent assistance will be provided for the replacement of poly sheet subject to a maximum of Rs. 44.80 per square meters as back ended the subsidy to the beneficiaries.

Pradhan Mantri Matri Vandana Yojna was also approved by the Cabinet under which ‘Rajya Kaksh’ and ‘Zila Kakshas’ would be established.

It gave its approval to the guidelines for implementation of Himachal Pushpa Kranti Yojana for promoting floriculture in the State.