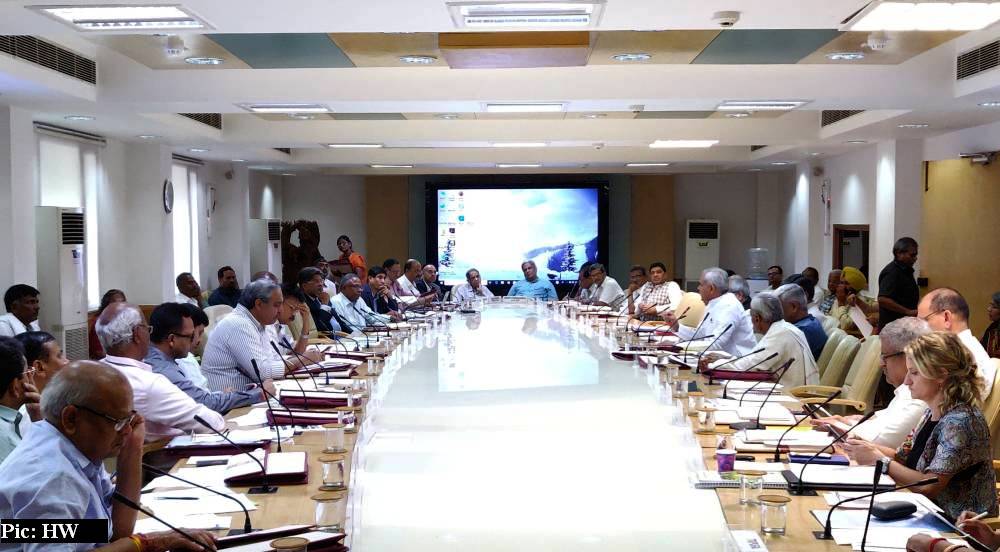 New Delhi: Niti Aayog has urged all the states to work towards giving practical shape to the Zero Budget Natural Farming (ZBNF) on the lines of Himachal Pradesh and Andhra Pradesh, for which the Aayog will provide all assistance.

According to the NITI Aayog, ZBNF will be considered as a recognized component to double farmer’s income by 2022 and also by adopting this farm practice it would bring down the cost of farming, thereby significantly enhancing the profit margin for farmers.

The challenge before us today is to double the income of farmers in such a way that fertility of the soil improves along with an increase in production of the crops. It is not possible with chemical fertilizers and pesticides. The only alternative with the farmers is to adopt ZBNF which is successfully tested in the field.

He presented a detailed document and shared the vast experience of Gurukul Kurukshetra, where he had adopted natural farming in near about 200 acres of land.

Agricultural scientists, Central & State Ministers, MPs, officials and policymakers, all have visited Gurukul and they have closely seen its succes

s, said Acharya Devvrat. He said this method has been successful on a large scale and was a perfect example for the farm community.

The Governor said that Himachal Pradesh has also adopted this model and the state government has made a budget provision of Rs. 25 crores to give it a practical shape. Training Camps were organized in the State and farmers were shifting to natural agriculture.

ZBNF would not only benefit small and marginal farmers, but also the medium and large farmers could successfully adopt it at no cost. It also protects soil from degradation, helps in retaining soil fertility and is climate-change resilient, he added.

Acharya Devvrat said ZBNF system was the only alternative for chemical and organic farming as it was safe and had the capacity to double the income of farmers. Under this system, the cost of production becomes zero and the products were non-poisonous.

It also increases the productivity of land, requires less consumption of water, protects friendly pests and the products were of the best quality.

He said that under it, a set of natural farming methods was used where the cost of growing and harvesting crops was almost zero, which means farmers need not purchase fertilizers and pesticides. He added that the inputs used were locally available in form of cow dung and cow urine and this would lower the cost of inputs for farmers.

He said the as per the available data based on scientific research, by adopting this farming method, the cost of production of farmers could be reduced and enhances the farmers’ income. He also detailed all important aspects of ZBNF and urged the policymakers to adopt this model for the benefit of the farm community.

About 50 lakh farmers are working on ZBNF in different States, he said, adding that not only it has the potential for India it also has global potential.

We are seeing side-effects of use of chemicals and fertilizers in crops and natural farming is the traditional method of farming and totally safe.

Incentives to Himachali films under State’s own Film Policy: Govt