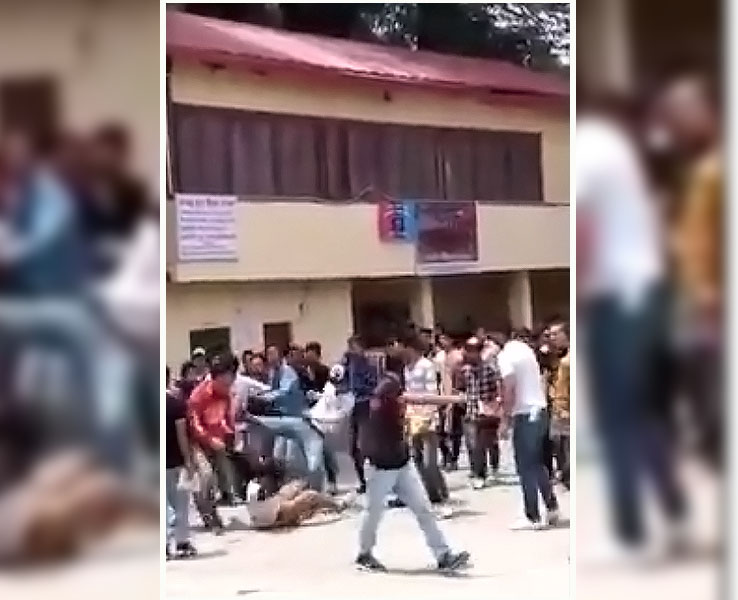 Shimla:Two groups of students created a violent scene inside the campus of the Centre of Excellence, Government Degree College, Sanjauli, as they entered into fist fighting over an argument, which is still not known.

One of the students was said to have sustained injuries in the clash. The College administration has reportedly suspended seven students involved in the violence as a disciplinary action and their parents were summoned.

However, the College administration and some members of the SFI are claiming that the clash was not related to the student politics or organizations. Also, it was claimed that the two groups were completely neutral. However, no statement has been issued by any of the two organizations so far. The police has also not confirmed filing of any case.

As per reports, the students were having arguments outside the gate of the College, which continued inside the campus and ended up in a bloody clash.

Other students, especially girls panicked at the eruption of this sudden violence.

As per the eyewitnesses, the students didn’t care even for the teachers who tried to intervene and kept exchanging blows. They were punching and kicking each other.

The police was informed by the faculty members. Some of the students were taken to the police post,Lakkar Bazaar for questioning, while the injured was taken to a hospital.

The Himachal Pradesh University had put a ban on the direct elections to the Students Central Association(SCA) in 2014 pleading that it would put a check on student politics and prevent bloody clashed between student organizations.

However, the students have now begun protesting against the ban and are demanding direct elections to the SCA from this session.