Shimla: During the past three days, Himachal Pradesh witnessed the wrath of heavy rain as about 18 people were killed with the highest eight casualties in Solan district. Shimla, as per the Meteorological Department, has received 172 mm rainfall in 24 hours – which is the second highest for the month of August after 1901.p;

In Solan, a landslide buried a family of four with their home. The water levels in rivers and rivulets of the State were recorded very high. The dams are also releasing water into the rivers after the heavy downpour.

Shimla witnessed felling of over 70 trees and several landslides that buried about three dozen vehicles and caused damage to several others.

A major landslide was also reported on Mehli-Shoghi bypass near Beolia in Shimla that buried several cars. 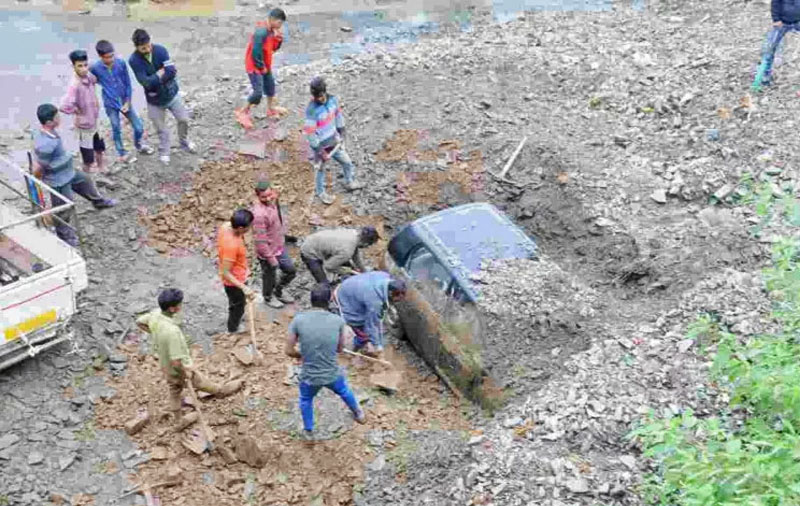 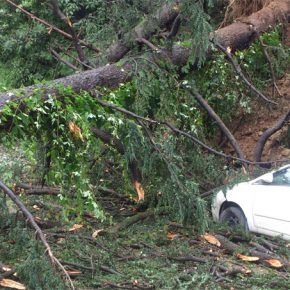 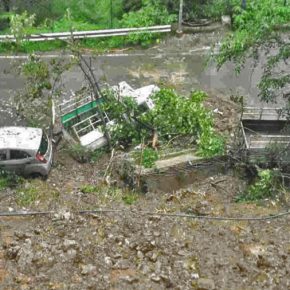 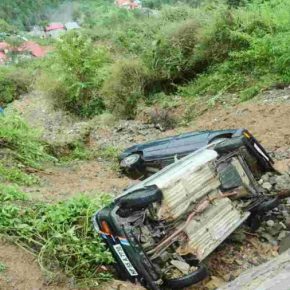 Several houses/jhuggi’s were also taken down by heavy rain in Krishna Nagar of Shimla in which over 30 people were said to have rendered homeless. It was alleged that these people did not get any considerable relief from the district administration. 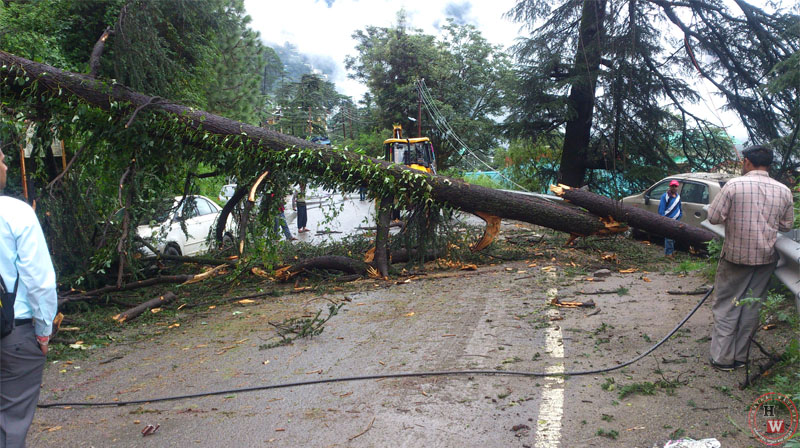 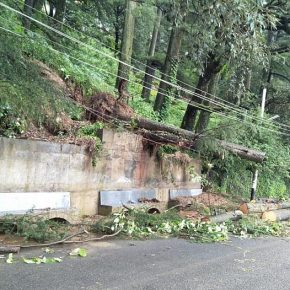 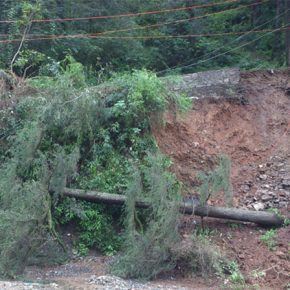 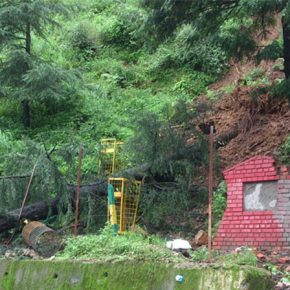 The traffic was choked on Shimla-Chandigarh and Manali-Chandigarh NH too due to which tourists, as well as locals, remain stuck in traffic for several hours.

The rains also hit the railway services on the Kalka-Shimla track due to which all trains were cancelled. There were reports of fresh landslides in Shimla-Chandigarh NH on Tuesday. The traffic flow also remained disrupted on Tuesday as well.

In some parts, felling of trees caused damage to power supply lines resulting in a blackout. 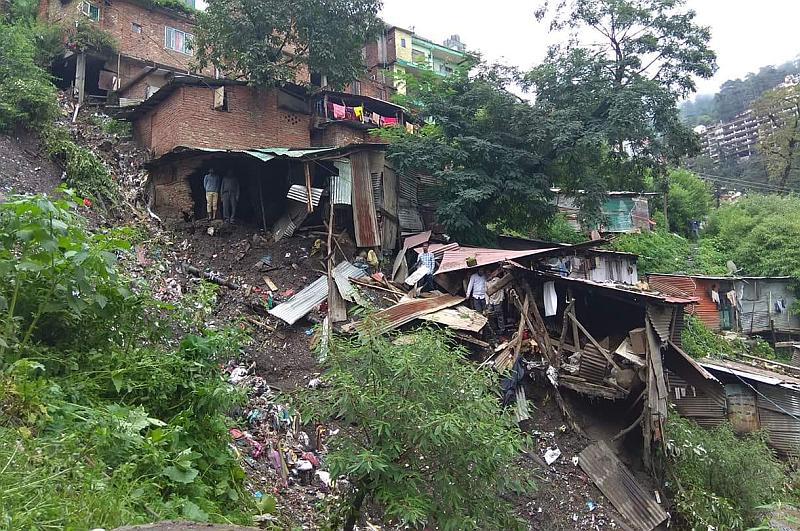 Houses collapsed as land caves in

About 923 roads were closed due to landslides in the state including six national highways and about 1,000 others were also affected temporarily.

The government said that work of restoration and clearance of roads is underway and assured relief by Tuesday evening.

As per the information received at the state headquarters, 19 casualties have been reported so far from various districts including one each in Bilaspur and Una districts, two in Hamirpur, four in Mandi and eight in Solan district.

The rain has also caused losses to farmers as well as apple growers. The blockage of roads caused huge inconvenience to trucks carrying apple crops. 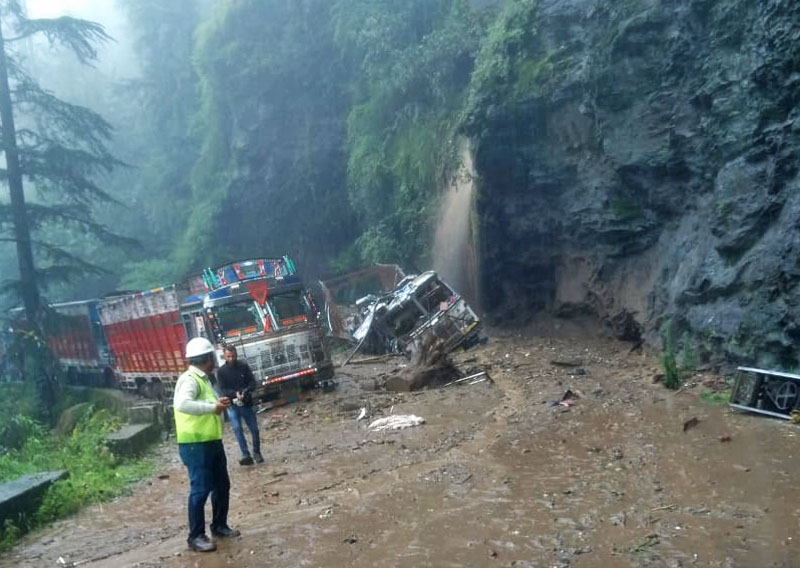 Educational institutes remained closed for August 13 and 14 keeping in view the prediction of bad weather.

Tourists and locals were advised not to go along river-banks and district administrations were told to keep a close vigil on tracking activities.

As per the Deputy Commissioner, Kullu, the Manali national highway was blocked due to constant landslides.

In Kangra district, traffic was affected on 85 roads and most of these were cleared by Monday evening. Pathankot-Mandi road was cleared for light vehicles and the people stranded in Lambagaon were rescued by the administration.

In Hamirpur district, two casualties were reported in Bhoranj area due to landslips. The DC informed that 50 roads have been reopened for traffic and remaining 13 roads would be restored by tomorrow.

Deputy Commissioner Solan informed that eight casualties have been reported in Solan district. In all, 102 roads have been damaged in the district out of which traffic has been restored on 62 roads. The Kumarhatti-Nahan road has also been reopened for light vehicles.

In Bilaspur district, Swarghat national highway and Bilaspur-Shimla road have also been made through for traffic while the work on restoring the interior roads was in progress. 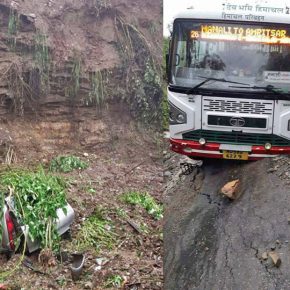 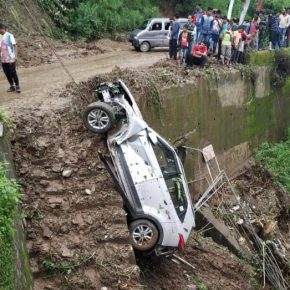 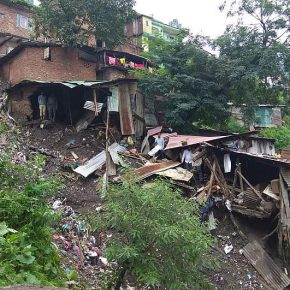 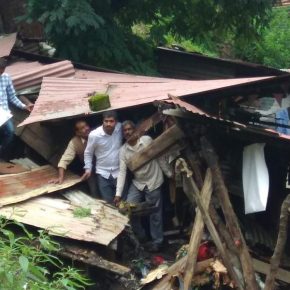 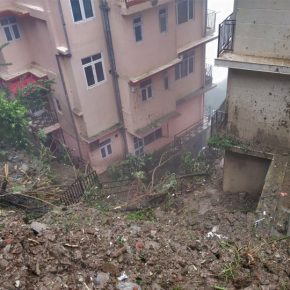 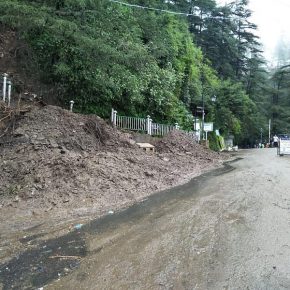 In Kinnaur district, Maling Nallah and Skibba roads have been restored and the road to Sangla valley would also be made through by today evening where few tourists are stranded.

In Lahaul-Spiti district, Sumdo-Kaza-Gramphu road is blocked due to landslide and Meling-Kaza road has been restored.

One casualty has been reported in Mandi district and the vehicular traffic has been suspended as water approached the main road near Hanogi on national highway-21.

The Government of Himachal Pradesh has released Rs. 96.50 crore for relief and rescue operation in the state following losses to human life and the property due to heavy rainfall during last 24 hours.

The government has so far released Rs. 229 crores since April 1, 2018, and more funds would be released as per the requirement of the districts.

No Heavy Rains During Next 5 Days: Met

However, the Meteorological Department has predicted that there was no possibility of heavy rainfall in the state in the next five days.

A few places over middle and low hills and at isolated places over higher reaches in the next three days could witness light-to-moderate rainfall is likely to occur at, said Manmohan Singh, director, Meteorological Centre, Shimla.