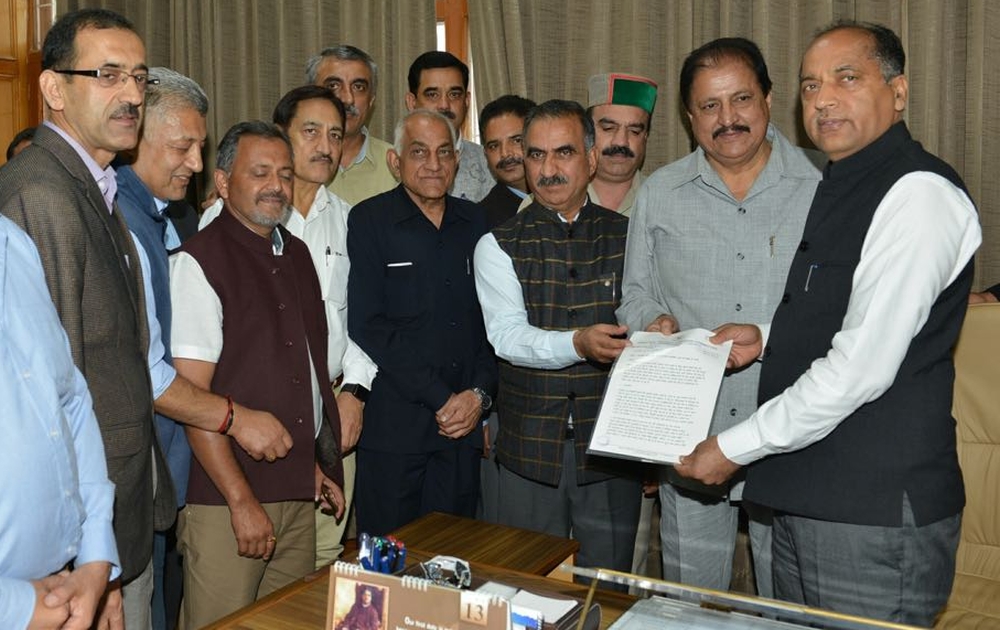 Shimla: With the elections of 2019 nearing, growing drug and substance abuse among the youth of Himachal Pradesh (HP) has begun to become visible as a matter of great concern to the leaders of the Indian National Congress (INC). They want the new government to include the provision of more stringent laws against the drug peddlers. Unable to do much about it during the tenure of Congress, its leaders including Mukesh Agnihotri are now seeking action from Chief Minister Jai Ram Thakur-led government of Bhartiya Janata Party.

Congress said it supports the government in matters related to the formation of stringent laws against drug mafia.

Congress expects the government to enact new laws in the monsoon session of the HP Legislative Assembly.

On August 20, Mukesh Agnihotri, the leader of the opposition, in a media statement said he wants the ruling government to make provision of capital punishment for drug peddlers and make peddling of synthetic drugs a non-bailable crime. He adored the recent decision of the government to conduct a joint meeting with seven neighbouring states. He also supported the proposal the Chief Minister had made in the meeting regarding the introduction of a mechanism for a regular medical checkup of the students to diagnose for symptoms of drug addiction or substance abuse.

The loopholes in the Narcotic Drugs & Psychoactive Substance (ND&PS), 1985, which were not visible to the leader of the opposition during the tenure of the INC, have now become conceivable. He pointed out that there is a provision of bail for Heroin (Chitta) offenders caught with a quantity up to five grams. He wants the new government to make the offence of peddling synthetic drugs non-bailable.

He made the new government aware of the fact that youth of the state is heading right towards the jaws of synthetic drug addiction.

Another group of Congress leaders led by the President of the HP Congress Committee and sitting MLA of Naduan, Sukhwinder Sukhu, with 15 other leaders, followed Agnihotri and met the Chief Minister on August 21 and submitted a memorandum to enact stringent laws against drug peddlers.

Sukku also wanted the Chief Minister to instil the fear of laws to discourage the drug peddlers. He could now see that the bordering areas of Himachal need joint efforts of the police of concerned states.

Also, now he has come up with several suggestions for the new government.

The Chief Minister has assured the Congress delegation that Himachal would be made a drug-free state.

BJP leasing out Govt land in Shimla worth crores to RSS-linked organizations at a throwaway price: CPI(M)