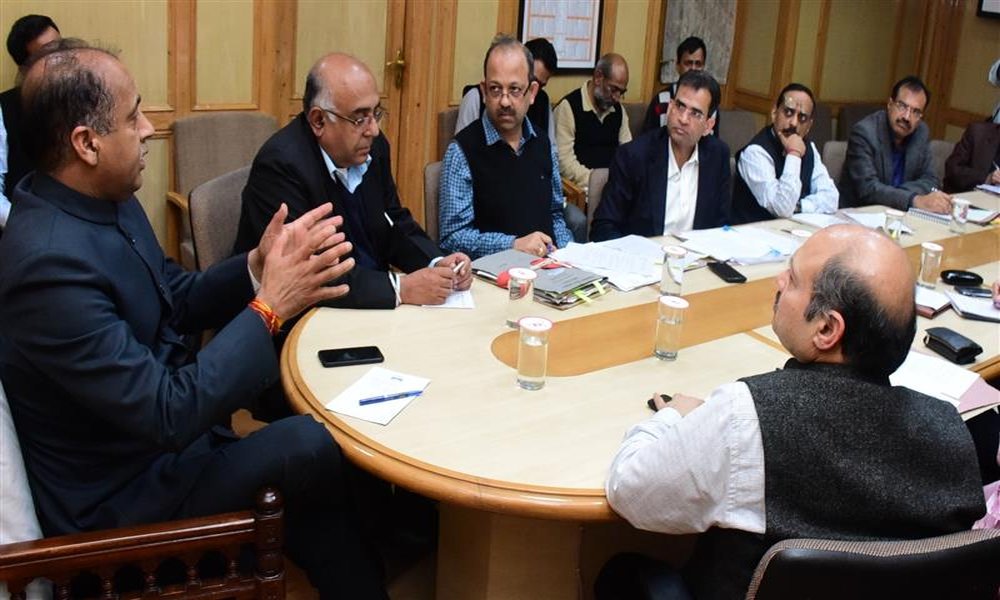 Shimla: Chief Minister Jai Ram Thakur, in a meeting held regarding drug menace on September 14, 2018, claimed a massive campaign would be launched to curb this social vice. Various members gave their suggestions in the meeting.

Stringent laws against drug peddling and drug abuse would and framing laws for confiscating the properties of drug peddlers, which would also work as a major deterrent, he said.

The conviction rate is low in the State as compared to the neighbouring states, therefore, Police personnel must be trained so that serious case and charges could be framed against the drug peddlers.
Joint inspections and regular checkups would be conducted by the police teams of Himachal, Punjab, Haryana and Uttarakhand etc. in the border areas.

Buddy System could also be launched in the colleges to identify students trapped in drug abuse and skits and documentaries should also be prepared on ill effects of drug abuse, he further added.

The Chief Minister also talked about another major difficulty in dealing with drug addiction – the lack of trained doctors and rehabilitation facilities for addicts. Training to doctors, counsellors and other para-medical staff must be ensured for professionally manning de-addiction and rehabilitation centres.

He said that more rehabilitation centres would be established in the State for de-addiction of the drug addict.

The police should conduct frequent raids on suspected places to nab drug peddlers as it was vital to break the nexus between the drug peddlers, drug carriers and the drug addicts.

Health officers and health safety regulatory officers should seek information about the manufacturing of schedule H-1 drugs in the state and where they do supply these drugs and in which quantity especially to the neighbouring states like Punjab and Haryana. He directed the drug inspectors to conduct regular inspections to check supply and sale of banned drugs in the state.

Additional Chief Secretary Home Shri B.K. Aggarwal said that public prosecutors i.e. Deputy District Attorneys and Additional District Attorneys should report the cases on behalf of drug inspectors pertaining to drugs and other cosmetics as drug inspectors remain busy in the prosecution of their own cases.
It was informed that Health, Police Departments and NGOs would coordinate to spread awareness campaign, particularly in educational institutions in the State. It was also decided to involve various NGOs, Mahila Mandals and Yuvak Mandals in a big way to curb this social evil.

The Information and Public Relations Department is given the responsibility to effectively use electronic, print and social media to sensitise the people regarding ill-effects of drug abuse.