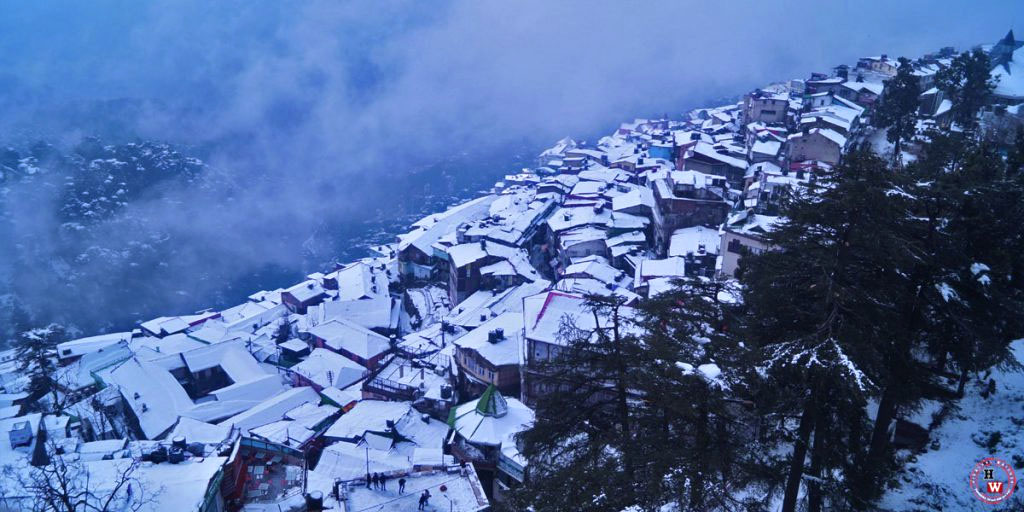 Shimla-After fresh rain and snowfall in Shimla, Kullu, Kinnaur, Lahaul & Spiti, Sirmour, Kangra, Solan and Chamba districts on Sunday, a mild spell of snow was reported in Shimla on Monday evening. The cold wave continues as the temperatures remain below freezing point. Several roads in capital Shimla remained closed on Monday too.

The Meteorological Department, HP, has predicted more rain and snow at until 31st January.

The Deputy Commissioner, Shimla, has also issued advisory warning tourists to avoid visiting higher reaches of the district considering the prediction of the Met. Department.

According to Snow & Avalanche Study Establishment (SASE), Manali people are advised to not to venture in Avalanche prone slopes which are still loaded with snow. This advisory has been issued for Shimla, Chamba, Lahaul- Spiti, Kullu and Kinnaur districts from December 28th to 29th.

The PWD has assessed the loss at Rs. 69.22 crores, which, it said, may increase after final assessment of loss and damage to the roads. Total 206 number of machinery has been deployed for restoration of the roads.

As per Himachal Pradesh State Electricity Board out of 1760 affected Distribution Transformers (DTRs), 1300 have been restored and balance 460 DTRs will be restored soon.

As per the Irrigation & Public Health Department, 362 water supply schemes were affected by this snowfall. I&PH assessed total loss to be more than 6.86 crores. However, the department said, the number may rise as some of the areas are still inaccessible. The 310 schemes have been restored and restoration of remaining schemes will be done within the next two days, the department claimed.

As per the government, State and District Level Emergency Operation Centers are on high alert.