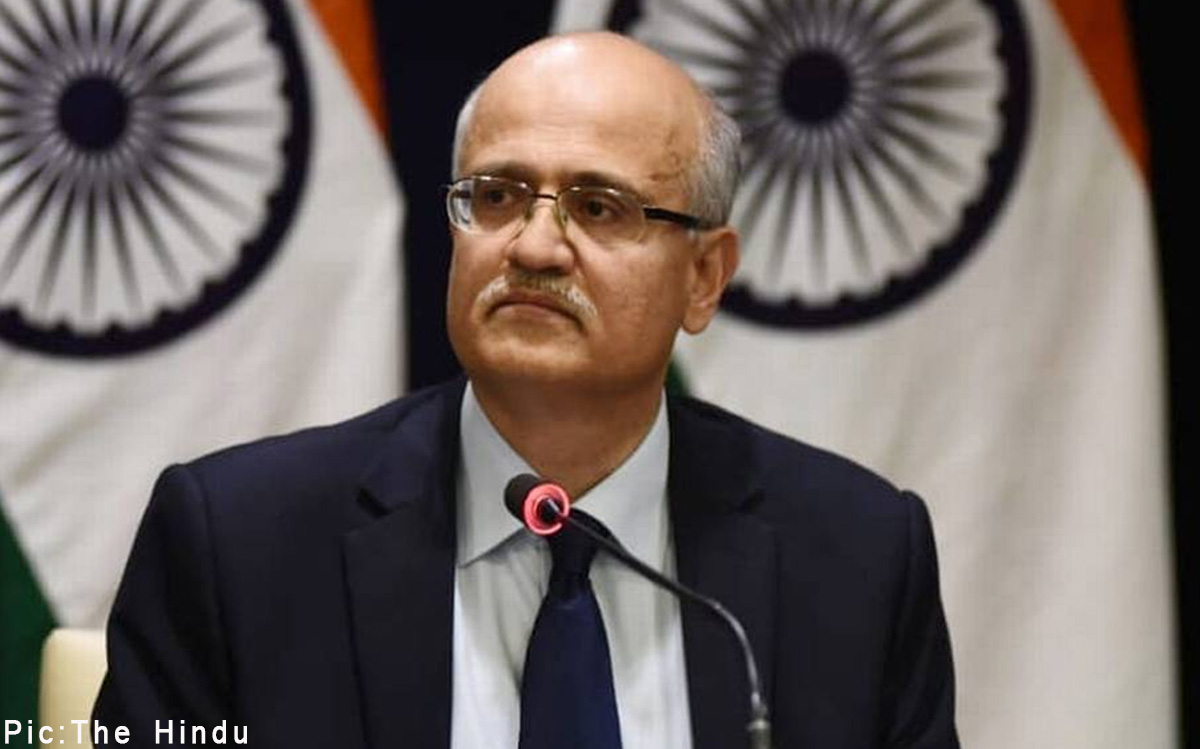 New Delhi- Foreign Secretary of India, Vijay Gokhale, on 26 February 2019 issued an official statement on the air strike on JeM training camp at Balakot on early hours of Tuesday morning.

Confirming the airstrike, he said it was a non-military preemptive action, specifically targeted at the JeM camp. The selection of the target was also conditioned to avoid civilian casualties, he said.

He said credible intelligence was received that JeM was attempting another suicide terror attack in various parts of the country, and the fidayeen jihadis were being trained for this purpose. In the face of imminent danger, a preemptive strike became absolutely necessary, he said.


In an intelligence-led operation in the early hours of today, India struck the biggest training camp of JeM in Balakot. In this operation, a very large number of JeM terrorists, trainers, senior commanders and groups of jihadis who were being trained for fidayeen action were eliminated,

This facility at Balakot was headed by Maulana Yousuf Azhar (alias Ustad Ghouri), the brother-in-law of Masood Azhar, Chief of JeM, he said.

The facility is located in a thick forest on a hilltop far away from any civilian presence. As the strike has taken place only a short while ago, we are awaiting further details, he said.

As per report, about 1000 kg bombs were dropped over the camps by a group of Mirage 2000 fighter jets.


A total of six bombs were dropped on Pakistan based terrorist camps by the Indian Air Force Mirage 2000s,

However, Pakistan’s Government and Defence officials claimed that though the Indian warplanes had entered into Pakistan’s territory, no damage was caused. The officials said, Pakistan air force retaliated on detection of the intrusion and chased away Indian warplanes very quickly. They claimed that in a hurry, Indian jets dropped the payload in an uninhabited open plane area, causing no damage or casualty.

On 14 February 2019, a suicide terror attack was conducted by a Pak based terrorist organization Jaish-e-Mohammad, leading to the martyrdom of 40 brave jawans of the CRPF. JeM has been active in Pakistan for the last two decades and is led by Masood Azhar with its headquarters in Bahawalpur.

This organization, which is proscribed by the UN, has been responsible for a series of terrorist attacks including on the Indian Parliament in December 2001 and the Pathankot airbase in January 2016.

The Secretary said information regarding the location of training camps in Pakistan and PoJK has been provided to Pakistan from time to time. Pakistan, however, denies their existence. The existence of such massive training facilities capable of training hundreds of jihadis could not have functioned without the knowledge of Pakistan authorities.

India has been repeatedly urging Pakistan to take action against the JeM to prevent jihadis from being trained and armed inside Pakistan. Pakistan has taken no concrete actions to dismantle the infrastructure of terrorism on its soil.

He further said the Government of Pakistan had made a solemn commitment in January 2004 not to allow its soil or territory under its control to be used for terrorism against India.