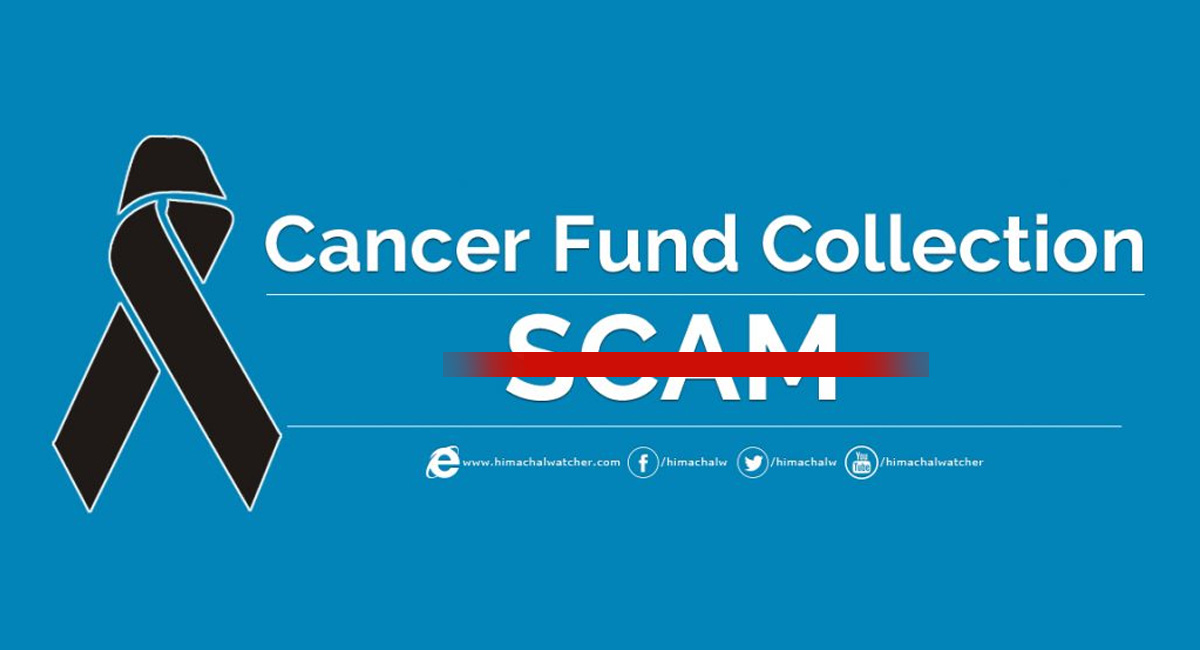 Shimla- Cancer Aid Society, an NGO based in Lucknow, recently raised objections to the serious allegations labelled by a Shimla-based NGO, Umang Foundation, against it.

In May 2017, the Chairman of Umang Foundation, Ajai Shrivastava, had written a letter to Chief Minister Virbhadra Singh in which he had labelled serious allegations against the Cancer Aid Society and the district administration of Shimla. He had alleged that the Society, in convince with government schools, was using children to collect donations from localities. He had challenged the authenticity of the Society and had demanded an investigation.

However, on March 28, 2019, Mr. Shrivastva issued a clarification in which he has rubbished his own allegations against the Society.

In May 2019, I had written a letter to the Chief Minister of HP demanding action against the NGOs collecting funds through the government school students as I had a personal experience in this regard. This news item was published in media,

The students who came to my house to collect donation in the name of cancer patients mislead me and misquoted the said Cancer Aid Society,

He said recently Dr Piyush Gupta of the Cancer Aid Society Lucknow contacted him and clarified the position of his organisation.

He said he wanted action against only those NGOs which brings bad name to the NGO sector and good organisations like Cancer Aid Society Lucknow.

Since I never intended to harm or defame the Cancer Aid Society Lucknow, I deeply regret the inconvenience caused,

The Society also wrote to Himachal Watcher and brought the matter to our attention.

It’s also a registered participant of the World Health Organisation’s Global Coordination Mechanism on Non-Communicable Diseases. The NGO has represented the Country in several international and national conferences including the meeting for the control of NCDs in 2011 and 2014 review meeting at United Nations Headquarters New York as well as World Health Organisation Headquarters Geneva in 2015 etc, Dr Piyush Gupta told HW.

It is duly registered as a Society since 1987 and is working across the country legitimately under Section 12A and 80G of Income Tax Act, which is mandatory for receiving donations within India as well as under FCRA for receiving foreign donations, he informed.

We are fulfilling all statutory compliances legally and have received several National and International Awards as well as over 20 International Scholarships including the prestigious US Government’s Cancer Prevention Fellowship by National Cancer Institute,

He added that the Cancer Aid Society has demonstrated community level model across the globe, and this model has been replicated and scaled up successfully for awareness on Tobacco, Cancer and other NCD’s – causes of 71% of all deaths globally.

He explained that to keep the upcoming generation free from NCDs, the Society organizes Cancer and NCD Awareness Programs free of cost in Institutions. It distributes free awareness literature to prevent Non-Communicable Diseases as well as for early detection of cancer by identifying the symptoms.

These efforts can save precious lives as 80% of cancers are detected in advance stages when they become untreatable and require Palliative Care. This care is lacking. In absence of any Government support, the Society depends solely on small voluntary donations from the community,