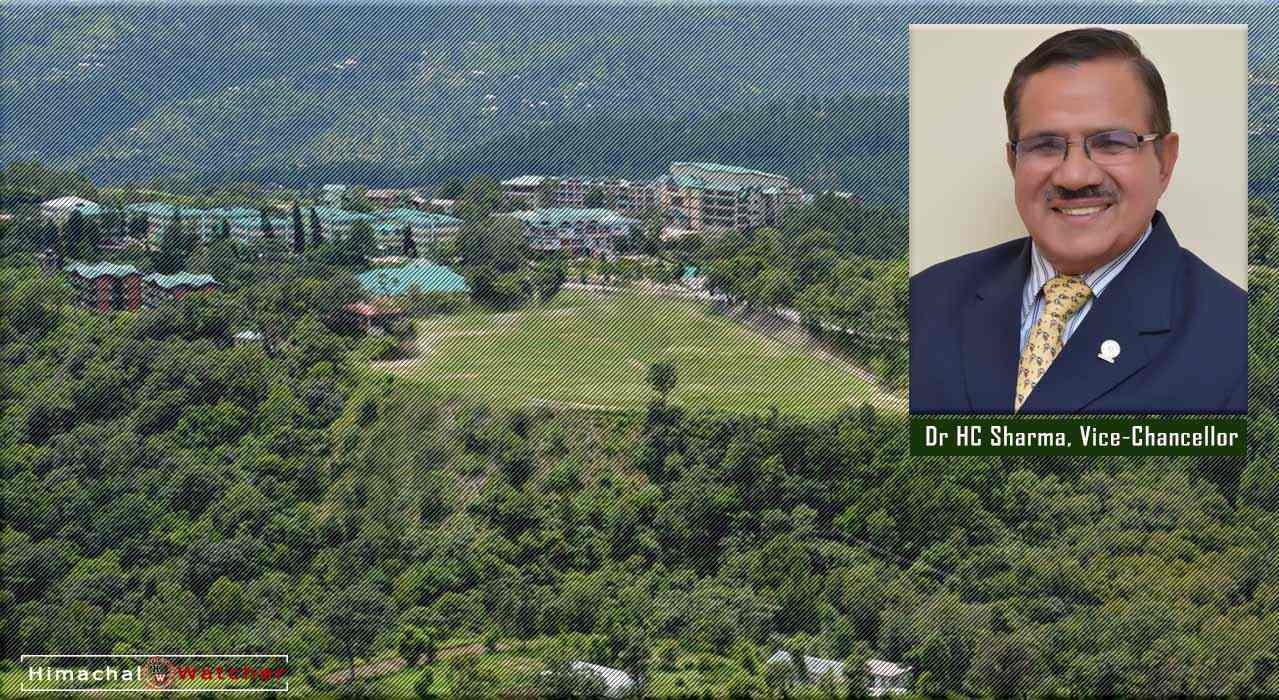 Solan-The past three years have been highly successful for Dr YS Parmar University of Horticulture and Forestry (UHF), Nauni, and the university has made rapid strides on all the three fronts- academics, extension and research, informed the Public Relation Officer, Suchet Attri.

He said that Dr HC Sharma, who will be completing a successful term as university Vice-Chancellor on June 14, credits the whole university for this unprecedented success. Dr Sharma has thanked the government for its support in improving the financial situation of the university in the past three years. He informed that the sanctioned budget of the university has increased from Rs 64.25 cr to 90.5 crores and the domestic income rose from Rs. 19.79 crore in 2016-17 to Rs. 29.27 crores in 2018-19. This figure is expected to touch Rs. 32.6 crores in the current financial year. Owing to the improvement in the financial health, the university has been able to clear long pending dues (since 2011) of the employees and pensioners worth over Rs. 41.27 crores, he said.

He further informed that the university has been the highest ranked in the NIRF rankings in Himachal Pradesh for the past three years. The university achieved 80th position in the top 100 universities in the country and is the only one from the state to make it into the list. This year only nine agricultural horticulture universities from the country were in the top 100 list. In the ICAR State agriculture Universities ranking, UHF improved its ranking from 51 in 2016 to 38 in 2017. In the past three years, 44 positions of scientists and several posts of the non-teaching staff were filled by the university and 80 additional positions of scientists/assistant professors have also been approved by the Government, which will be filled up very soon. The student intake of the university also increased from 1250 in 2016 to 2250 in 2018/19.

The university has made significant progress in research and infrastructure development. During the past three years, the grant from ICAR and other central resources has increased significantly and the university received more than 10 crores assistance from ICAR over the past two years.  Several works like the Pavilion block and stadium (Rs. 1.20 Crores), gymnasium (Rs 25 lakh), Lab. for Soil Testing: (Rs. 45 lakh), Examination Halls (Rs. 2.00 Crores) Boys Hostel-(Rs. 2.50 Crores), Girls Hostel-VII – (Rs. 2.50 Crores) and other works worth several crores of rupees were commissioned and completed. On 1st December 2018, the Hon’ble Governor and Chancellor of the University inaugurated the newly constructed girls’ hostel at Nauni Campus, and one girls’ hostel and UG block constructed at Neri, were inaugurated by the Hon’ble Chief Minister Shri Jai Ram Thakur in October 2018.

The crowning glory for the university, the PRO said, was the 9th Convocation of the university held on 21st May 2018, which was presided over by the Hon’ble President of India Shri Ram Nath Kovind. The Governor of Himachal Pradesh Acharya Devvrat and Chief Minister Shri Jai Ram Thakur also graced the event. On the research front, scientists developed several varieties and technologies.

Varieties like Solan Giriganga in ginger, Solan Srijan in cucumber, Epicotyl grafting technique in walnut, high-density orchards of apple, guava, litchi, and mango were developed by the university. The university was successful in getting projects worth over Rs. 18.37 crores from various funding agencies in the past three years. Several technologies that were developed by the scientists were transferred to the entrepreneurs and the industry. The Botanical Survey of India signed an MoU with the University for opening up a Western Himalayan High Altitude Regional Circle at the university with a budget outlay of Rs 15 crore. The university has also been shortlisted for the Rs 30 crore project of the ICAR, which aims at strengthening undergraduate education in the university.