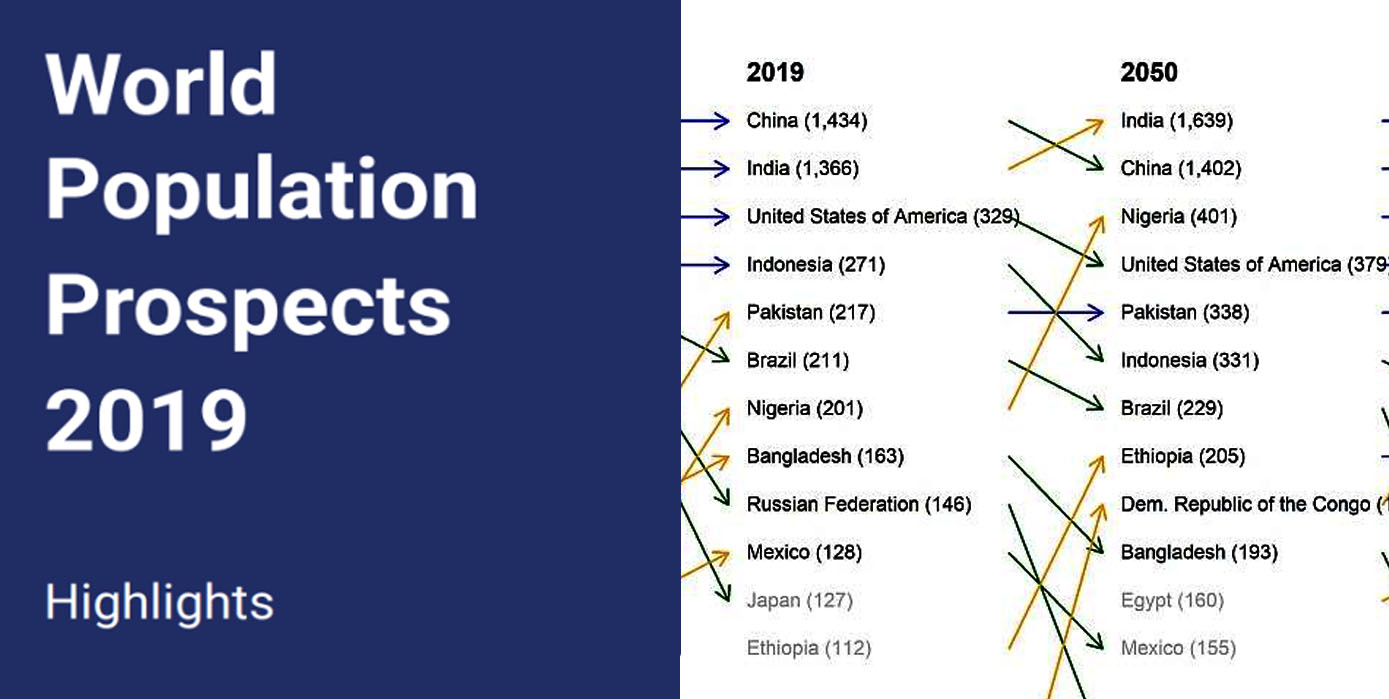 The world’s population continues to grow, albeit at a slower pace than at any time since 1950, owing to reduced levels of fertility. From an estimated 7.7 billion people worldwide in 2019, the global population could grow to around 8.5 billion in 2030, 9.7 billion in 2050, and 10.9 billion in 2100, says a reported “World Population Prospects 2019: Highlights” released by the Department of Economics and Social Affairs, United Nations.

Current projections indicate that India will surpass China as the world’s most populous country around 2027, the report says.

India is expected to add nearly 273 million people between 2019 and 2050, while the population of Nigeria is projected to grow by 200 million. Together, these two countries could account for 23 per cent of the global population increase to 2050. 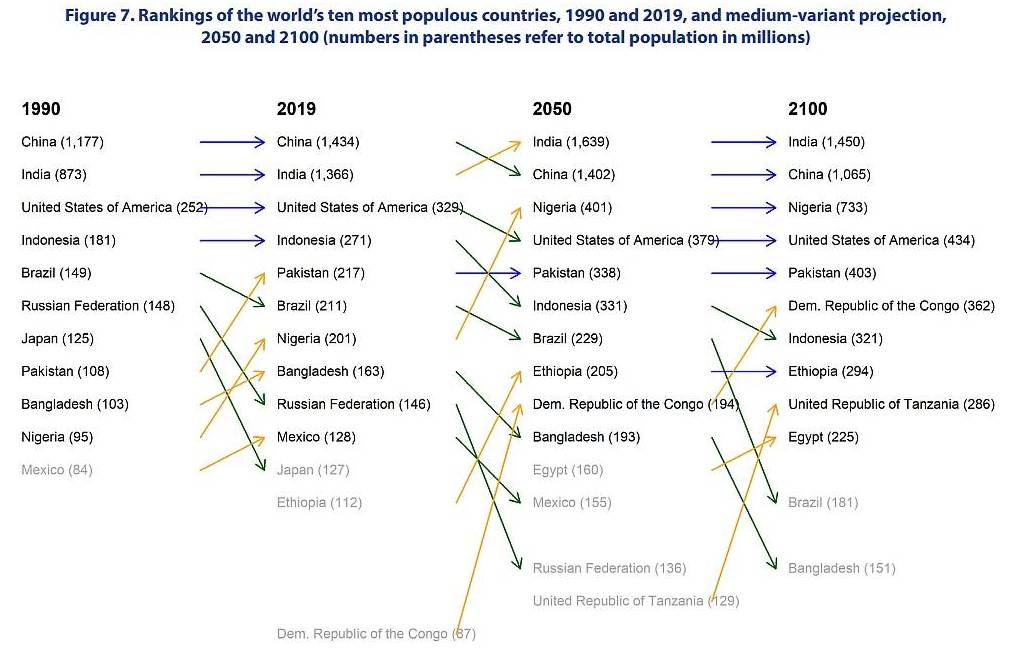 The hashtag #Population Control Law was trending on Twitter as the findings of the reports were published by media. The people were of the view that India needs to take immediate measures to control population explosion, which would put huge pressure on already exhausting resources of the country. The one-child policy was being suggested by several people as one possible measure that could be introduced by forming a new law.

As per the findings published in the report, disparate population growth rates among the world’s largest countries will re-order their ranking by population size. China, with 1.43 billion people in 2019, and India, with 1.37 billion, have long been the two most populous countries of the world, comprising 19 and 18 per cent, respectively, of the global total in 2019. They are followed by the United States of America, with 329 million in 2019, and Indonesia, with 271 million.

After this re-ordering between 2019 and 2050, the ranking of the five largest countries is projected to be preserved through the end of the century, when India could remain the world’s most populous country with nearly 1.5 billion inhabitants, followed by China with just under 1.1 billion, Nigeria with 733 million, the United States with 434 million, and Pakistan with 403 million inhabitants.

In 2019, around 40 per cent of the world’s population lives in intermediate-fertility countries, where women have on average between 2.1 and four births over a lifetime. Average lifetime fertility of 2.1 live births per woman is roughly the level required for populations with low mortality to have a growth rate of zero in the long run. Intermediate-fertility countries are found in many regions, with the largest being India

Between 2019 and 2050, 55 countries or areas are expected to see their populations decrease by at least one per cent. In the largest of these, China, the population is projected to shrink by 31.4 million, or 2.2 per cent.

More than half of the projected increase in the global population up to 2050 will be concentrated in just nine countries: the Democratic Republic of the Congo, Egypt, Ethiopia, India, Indonesia, Nigeria, Pakistan, the United Republic of Tanzania, and the United States of America.

Another major finding of the report said that in 2018, for the first time in history, persons aged 65 years or over worldwide outnumbered children under age five. Projections indicate that by 2050 there will be more than twice as many persons above 65 as children under five. By 2050, the number of persons aged 65 years or over globally will also surpass the number of adolescents and youth aged 15 to 24 years.

This continued rapid population growth presents challenges for sustainable development. The 47 least developed countries are among the world’s fastest-growing – many are projected to double in population between 2019 and 2050 – putting pressure on already strained resources and challenging policies that aim to achieve the Sustainable Development Goals and ensure that no one is left behind. For many countries or areas, including some Small Island Developing States, the challenges to achieving sustainable development are compounded by their vulnerability to climate change, climate variability and sea-level rise, the report said.