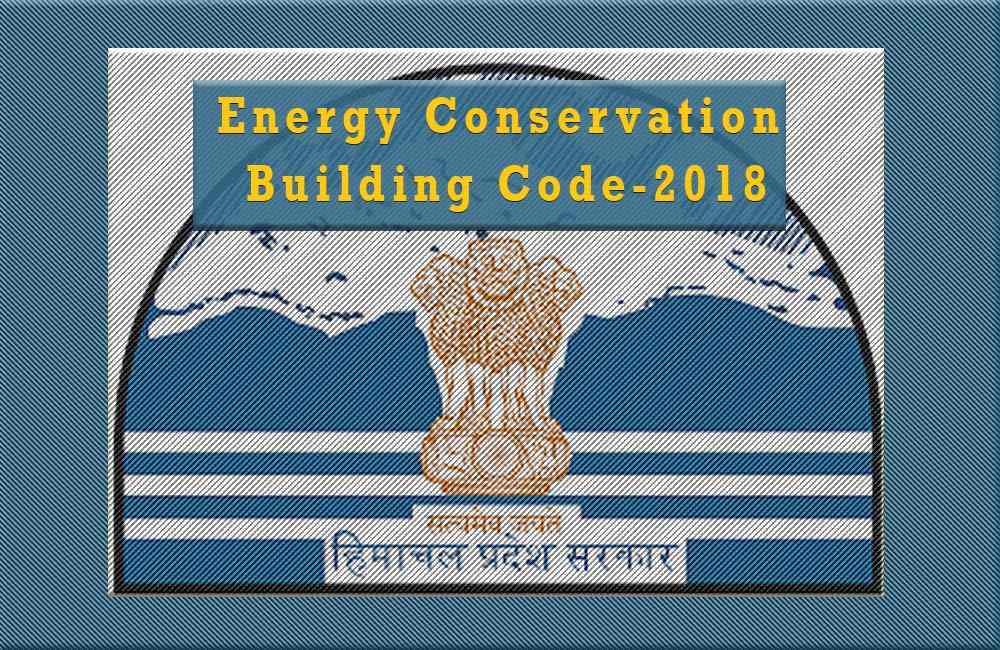 Himachal Pradesh is the first state in the country to implement this code.

With the mandatory implementation of the HPECBC & Rules, 2018, every commercial building such as educational institutes, shopping complex, hotels, hospitals, and multiplexes etc having a built-up area of 750 m2 or more shall be granted planning permission by approval/development authority only after the compliance of the provisions of this Code. The HPECBC-2018 is expected to reduce the energy consumption demand of commercial buildings by 30%.

He said that the Directorate of Energy under the Department of MPP & Power GoHP and Bureau of Energy Efficiency, GoI has been working diligently on this code for last two years with the support of M/s Global Evolutionary Energy Design, New Delhi functioning as ECBC cell HP.

Directorate of Energy has also organized about 25 number of ECBC Awareness Workshops and training programs for capacity building of relevant stakeholders in every district of the State as well.

This policy will be implemented in its true sense after the successful incorporation of its provisions in Town & Country Planning Rules by the Town and Country Planning Department, informed a spokesman of the Directorate of Energy

This code has been formed by Bureau of Energy Efficiency, Ministry of Power, GoI under Energy Conservation Act 2001 and every state needs to amend and notify the code based on local climatic conditions for effective implementation on the ground.