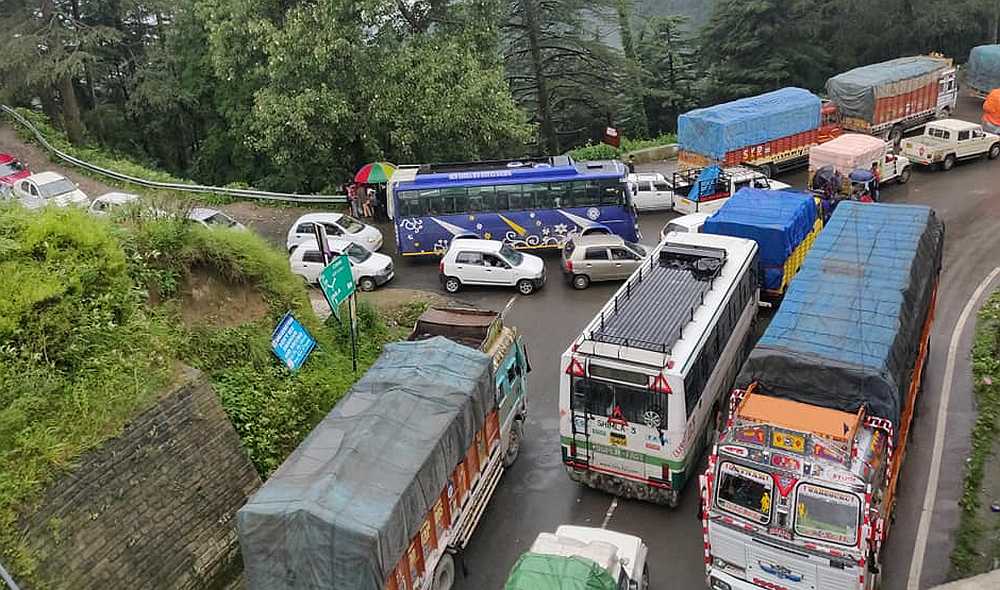 Shimla-Chhaila-Solan road has been opened for all types of vehicles keeping in view the high traffic flow on Chhaila-Shimla highway due to ongoing apple season, informed the state government on August 13, 2019.

Along with this announcement, officials were asked to take other measures to provide relief from traffic congestion during ongoing apple season. These announcements came after the district police, Shimla expressed its helplessness in managing the traffic due to causes beyond its jurisdiction.

The senior officers of the Public Works department have inspected this road and have found it suitable for plying of heavy vehicles as well, it was informed.

Now, the empty pick-ups will be routed from Shimla to Theog via Mashobra-Bekhalti, and no vehicle would be allowed to park on Dhalli-Chowk to Bhattakufer road.

The apple loaded vehicles moving to BhattakuferMandi will be provided tokens at Chharabra and Koti by the police official, and only the vehicles having tokens will be allowed to enter Bhattakufer Mandi. After the auction of apples, the vehicles will not be allowed to be parked in the Mandi, it was informed.

They were also directed to ensure removing vehicles parked on either side on the Taradevi-Shoghi road.

The officials concerned were asked to display the contact numbers of the motor mechanics of the Theog and Dhalli area on the notice boards set up by the police in the area and other control rooms so that the vehicles carrying apples could be repaired at the earliest in case of any mechanical failure.

The Public Works department was asked to immediately repair the Rahighat road.  The Chairman of APMC was asked to ensure that the apple trucks of the big companies like KTC company reach directly to their go-downs in Malyana.

Deputy Commissioner Amit Kashyap and other senior officers of Horticulture, HPMC, PWD, HRTC, Police and other departments were present in the meeting.