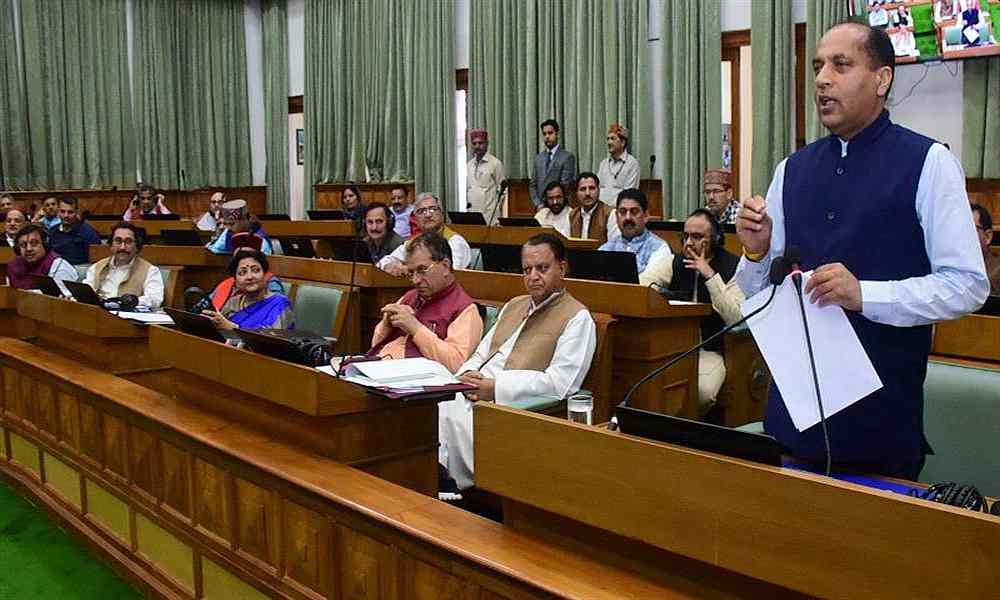 Shimla-A proposal to lease out hotels of Himachal Pradesh Tourism Development Corporation (HPTDC) appeared a couple of days ago on a website for ‘Rising Himachal Global Investors Meet’ scheduled to be held in November this year. The rates for the properties were also mentioned.

The broacher also showed a proposal to lease out tea gardens of Kangra for real estate investors to encourage tourism, which was against the provisions of HP Land Ceiling and Land Holding Act, 1975

As soon as the news broke out, the Bharatiya Janata Party-led state government drew heavy criticism from the opposition. The opposition alleged the Chief Minister of hatching a conspiracy to put “Himachal on sale” by leasing out prime properties of HPTDC to private investors. After a heated debate over this issue in Vidhan Sabha on August 27, the opposition Congress staged a walkout as a protest against this proposal.

The former president of HPCC and MLA Sukvinder Singh Sukku also criticised the government for this decision.

“If this proposal was prepared without your or your cabinet’s consent, then who is running the government. Is there another super-CM who is directing the state government to do this, ”

However, the Chief Minister said that this proposal was prepared and uploaded on the website without his or Cabinet’s approval. He said no consent was taken from him in this regard and he had no knowledge regarding it. He also said it was a grieve mistake.

He said the brochure was removed from the website as soon as he came to know about it through media reports. He said there is no question of privatising these prime hotels or leasing out tea garden land to private investors.

However, the leader of opposition questioned that if the brochure containing these proposals was uploaded on the website by mistake, then who decided the rate of these hotels without global tendering and without auction.

He asked if it was a mistake then who is responsible for it and why the government was reluctant in taking action against responsible persons. He claimed that he is in possession of all correspondence made in this regard during the last six to eight months, which suggests that the government was planning to privatize these properties clandestinely.

The Chief Minister, however, repeated that no approval of such kind was given by him or his cabinet or the Revenue Department.

“The causes behind this error would be investigated by the Chief Secretary and details would be provided within the next three days. An action would be taken after these details would specify who were the responsible persons for it,”

At the same time, the Chief Minister took a dig at Congress by referring to the sale of Wildflower Hall to the Oberoi Group in 1995. He said this hotel could be called the number one prime property of the state that was turned into equity by the Congress government. He said the government did not receive any money from this deal.

He also said that Congress government had leased out Angler’s Bungalow in Kullu in 2014.

The Chief Minister said that the previous Congress government had also introduced the proposal to transfer and change the use of tea gardens for tourism activities under Section 6(a) and 7(a) of HP Land Ceiling and Land Holding Act, 1975. On September 27, 2017, right before the elections to the state Legislative Assembly, it was decided that “with a view to encourage the revival of tea garden through tourism, in principle, the agreement was expressed for expeditious decision in accordance with Section 6(a) and Section 7 (a).

Village Road in Shimla’s Kotkhai Not Constructed Despite Allocation of Funds, Tender