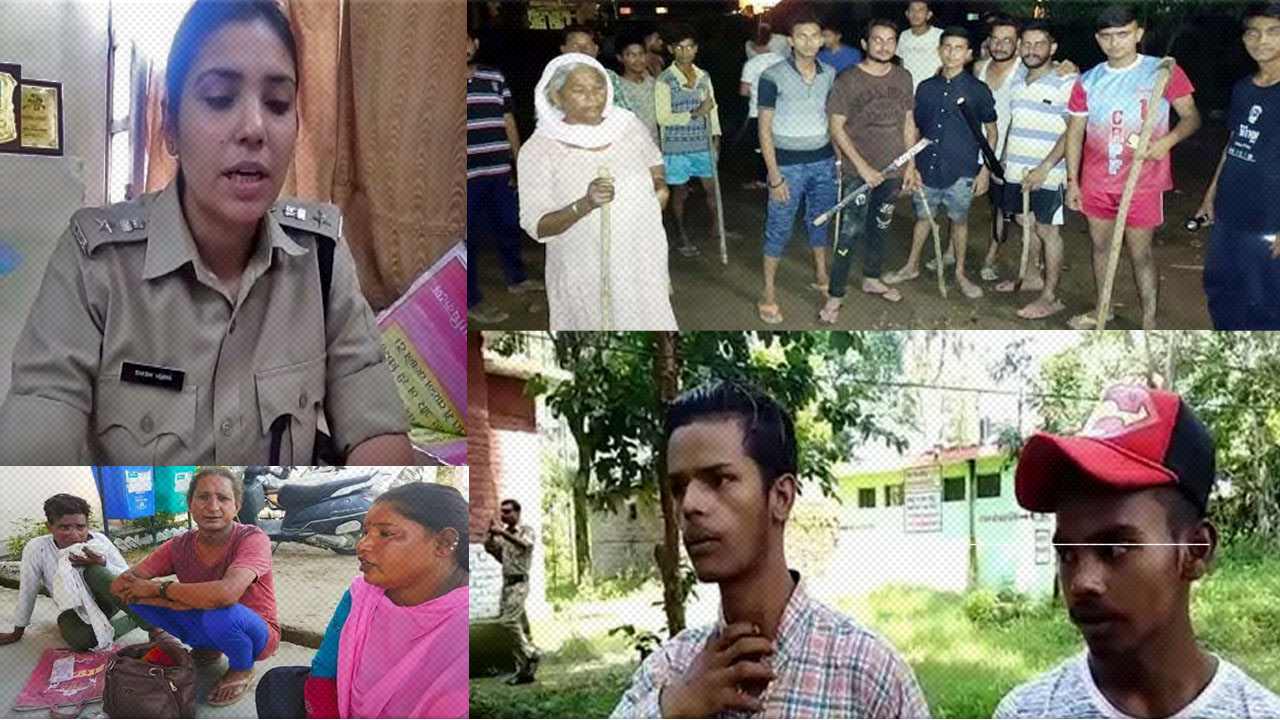 Shimla-Rumours of child-lifter gangs in Himachal Pradesh has created panic among the public and are causing huge law and order trouble for the police. These rumours are leading to unnecessary violence. Several incidents have been reported from districts like Solan, Mandi, Bilaspur, Kangra etc. where some persons were rounded up by locals on the suspicion of being child-lifters. They were interrogated by mobs and thrashed brutally.

The fact that is most worrying is that people are taking law into their own hands instead of informing the police. In some other cities of India, such rumours have led to mob lynching of innocent people. Uttar Pradesh is the worst hit. The government is forced to invoke the National Security Act (NSA) to deter such incidents. Fortunately, no one has been lynched in Himachal so far. However, there are chances that soon someone would fall victim to angry and misguided mob.

In Jwalamukhi, a middle-aged couple was attacked by locals on the suspicion that they belonged to a child-lifter gang. In another incident, a minor made a fake complaint about his attempted kidnap. Later, the police investigation found that the minor did not want to go to school, so he spread a rumour about his own attempted kidnapping.

SP, Kangra, Vimukt Ranjan, confirmed that there is no child-lifter gang active in the region and advised people to not believe in rumours.

On August 23, three people including two males, who were impersonating as transgenders and roaming in Chailchowk bazaar of Gohar sub-division of Mandi district, were almost lynched by a mob. They were rounded up on the suspicious of being child-lifter. They were rescued by police. None of them belonged to any such gang, the police investigation found.

At the beginning of August, a man was caught by locals in Solan district and thrashed before handing him over to the police. On probing the matter, the police found that the man did not belong to any such gang and was stone-seller. He roamed in different localities and used to sell artificial gems. The Superintendent of Police, Solan, in a statement to media, had clarified that reports about child kidnapping gangs are a hoax and had requested the people to not believe them blindly.

In Hatwad area of Bilaspur district, two migrant labourers, who were going to market to buy vegetables, were also mistaken as child kidnappers and beaten publicly. Later, the district police found that these two people were merely migrant labourers. The police found that they were registered with the Hatwar panchayat as well as the local police station. Following it, the SP, Bilaspur, Sakshi Verma, had also issued a statement to media terming reports regarding child-lifter gang being active in the district as a hoax.

On August 27, in Dharampur of Mandi district, a woman carrying her child was mistaken by villagers as a child-lifter. She was also beaten before the police arrived. Following it, a rumour of child-lifter gang comprising of four to five members spread in the region and people began to search the villages and jungles.

As per a Hindi daily, during this search, a female teacher and two other males had a narrow escape from public thrashing as someone recognized them.

Though the police had issued a advisory to be vigilant and not leave children alone or with strangers, it has repeatedly rejected the reports of any child-lifter gangs being active in the region and requested the public to not take law into their own hands. However, Hindi dailies are also seen fuelling these rumours and challenging statements of the police. These rumours are mostly spread through fake videos or photos on social media showing people being beaten or detained by police for kidnapping children.

However, fact-checking of such videos and photos have revealed that the content of these multimedia is manipulated and attached with false information to fuel the rumours.