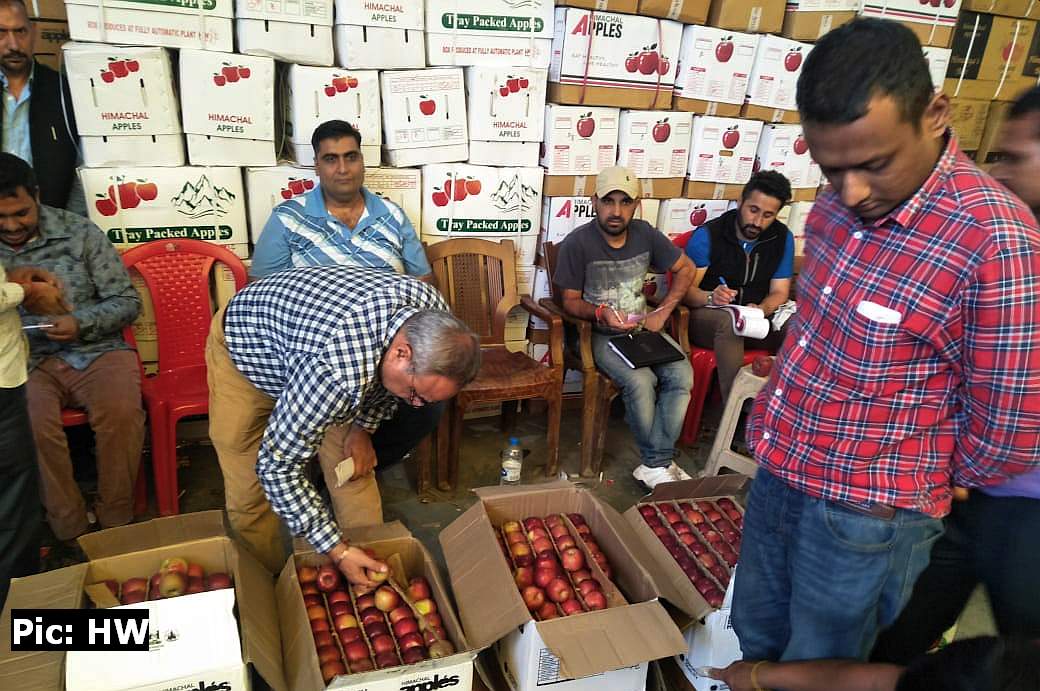 At present, 2.30 lakh hectare area is under horticulture. Fruit production has been increased to 10.38 lakh MT in 2019. About 9 lakh people are involved in horticulture activities for their livelihood. More than 30.37 lakh fruit plants have been distributed among farmers of the State and approximately 8446.93-hectare additional area was brought under horticulture in the state during the present government, it was informed.

An area of 83,677 sq. m. has been covered under greenhouse and 9,44,215 sq. m. area has been covered under Anti-Hail Nets under Mission for Integrated Development of Horticulture (MIDH) in the State. A subsidy has been provided for 3,049 power-operated equipment and construction of 198 water collection tanks for the benefits of farmers in the state, the government said.

About 349.90 MT pesticides involving Rs. 5.21 crore subsidy has been supplied to the farmers of State. About 371 Procurement centres were opened for apple, mango and citrus fruits and 27,348.91 MT fruit worth Rs.2064.74 lakh has been bought from farmers under Market Intervention Scheme and 1,33,333 plastic crates were also procured to distribute among the farmers for categorization and marketing of fruit, the government informed.

Under Rashtriya Krishi Vikas Yojna (RKVY), Rs. 3.50 crore has been approved for the various developmental activities in the horticulture sector. About 196 machines operated Knapsack Sprayers and 1500 manually operated horticulture machines have been provided to the farmers under this programme, the government said.

Total 1,61,524 farmers have been covered under the Restructured-Weather Based Crop Insurance Scheme (RWBCIS) implemented during the year 2017-18. This scheme is being implemented in 110 Blocks for Apple, Mango, Citrus, Plum and Peach. As many as 70,104 horticulturists of affected areas were provided insurance amount of Rs. 49.94 crore out of which Rs. 18.89 crores were given by the State government, it was informed.
There were losses due to heavy snowfall, hail and heavy rains during this period. State Government has released a sum of Rs. 2.7 crore under State Disaster Response Fund (SDRF)/Calamity Relief Fund (CRF) to the Horticulture Department.

State Government is providing free advisory services to the fruit growers of the State to inform them about the nutritional status of their orchards. Under this service, 20,000 leaf samples are analyzed every year.

World Bank aided Himachal Pradesh Horticulture Development Project of Rs. 1134 Crore is being implemented in the State since the 2016-17. During the year 2018-19, about 3,76,500 lakh fruit plants of Apple, Pear and Walnut worth 25 lakh were imported and 16,312 plants of Mango, Litchi, Guava and Citrus worth 9 lakh have been procured from other States to distribute amongst farmer, the government informed.

As many as 90,734 horticulturists were given training through personal contact, training camps, seminars and training tours. Under the project, 58 officers have been trained outside the State to upgrade their knowledge in the field of horticulture. Besides this, international experts from New Zealand also imparted training to 320 horticulture officers and 501 farmers in the State during the present government.

State Government has launched m-Kisan programme for the benefit of the farming community of the State and, so far, 7,68,774 farmers have been registered under this scheme during the present government.

Besides this, the Asian Development Bank aided Rs. 1688 Crore project for the development of Subtropical Fruits has been proposed for implementation in the State, the government said.