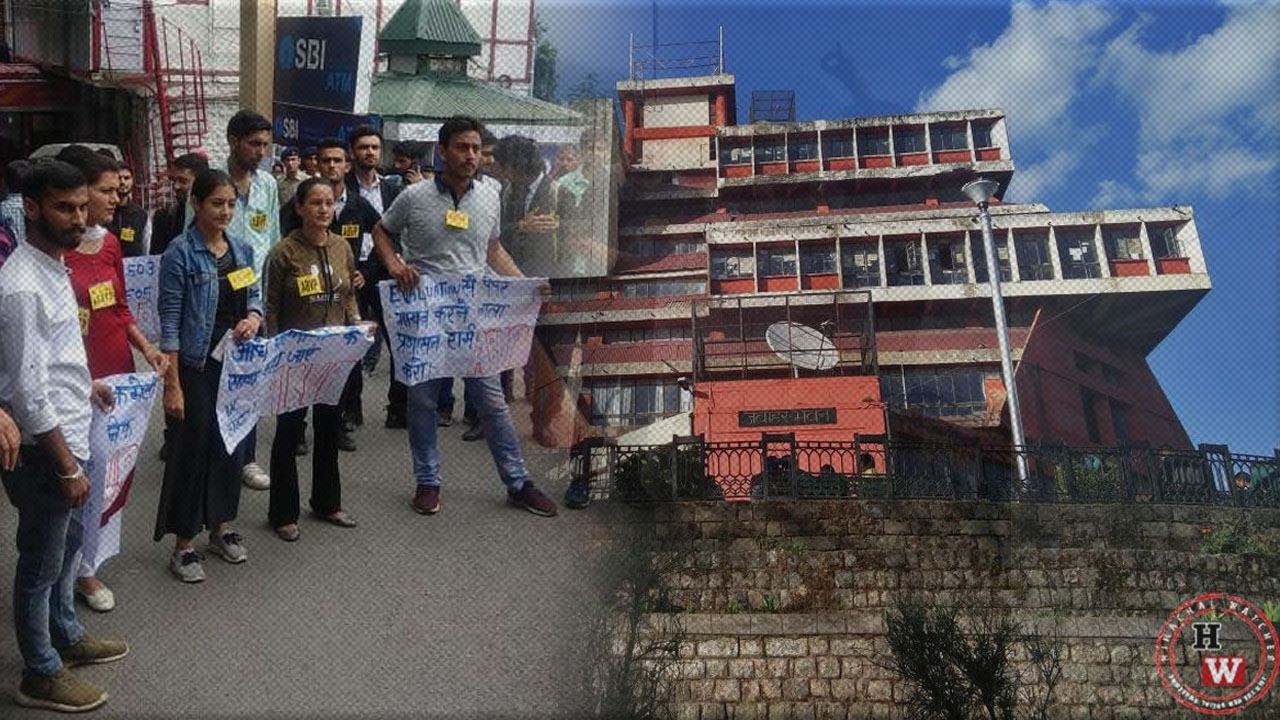 Shimla-Elections to the Students Central Association of Himachal Pradesh University would be held on a nomination basis, and there would be no direct elections. The decision was taken on the recommendations of the High-Power Committee on September 2, 2019.

This implies that no elections would be held and students would not be able to cast their vote to elect suitable leaders (members) for the SCA but the university authority would nominate them. Similarly, the Department Representatives would be nominated by the Chairpersons/Directors of the Departments.

This decision has come against the demands of the student organizations which have been demanding reinstation of direct elections to the SCA through a democratic voting method.

The form would be available on the official website of the varsity. The candidates are required to submit forms, duly recommended by the Chairperson/Director of their respective departments, at the office of Dean Students’ Welfare by September 7, 2019, by 2:00 PM.

Both major student organizations, Akhil Bharatiya Vidyarthi Parishad (ABVP) and Student Federation of India (SFI) have condemned this decision. They have termed it a tactic of the varsity authority and the state government to conceal ongoing corruption, lack of facilities, and deteriorating academic environment.

Enraged with this decision, ABVP said the varsity and the state government have been depriving the students of their democratic rights since 2014 by imposing a ban on the SCA elections.

“The only weapon that the students possess to raise their demands and raise their voice against corruption and irregularities was the SCA, and therefore, the varsity is not allowing democratic elections,”

“The candidates nominated on the basis of merit have never been able to become the voice of the students, neither they could ever raise issues related to the interests of the students. This is the reason that today the students of the varsity are deprived of even basic facilities,”

ABVP further said that the organization has been demanding reinstation of SCA elections since last five years.

ABVP has warned the government that if the SCA elections were not reinstated, then a state-wide movement, similar to JP Narayan Movement of 1975, would be launched to curb the dictatorship of the varsity authority.

SFI also condemned this decision and said it is proof that the corruption and irregularities in the varsity are at their peak. The varsity authority and the state government fear resistance from the educated and intellectual section of the society, and they want to prevent any protests from the students.

“The government and the varsity know that if the SCA elections are reinstated, then the winning organization would be SFI, which would expose the ongoing corruption at the varsity,”