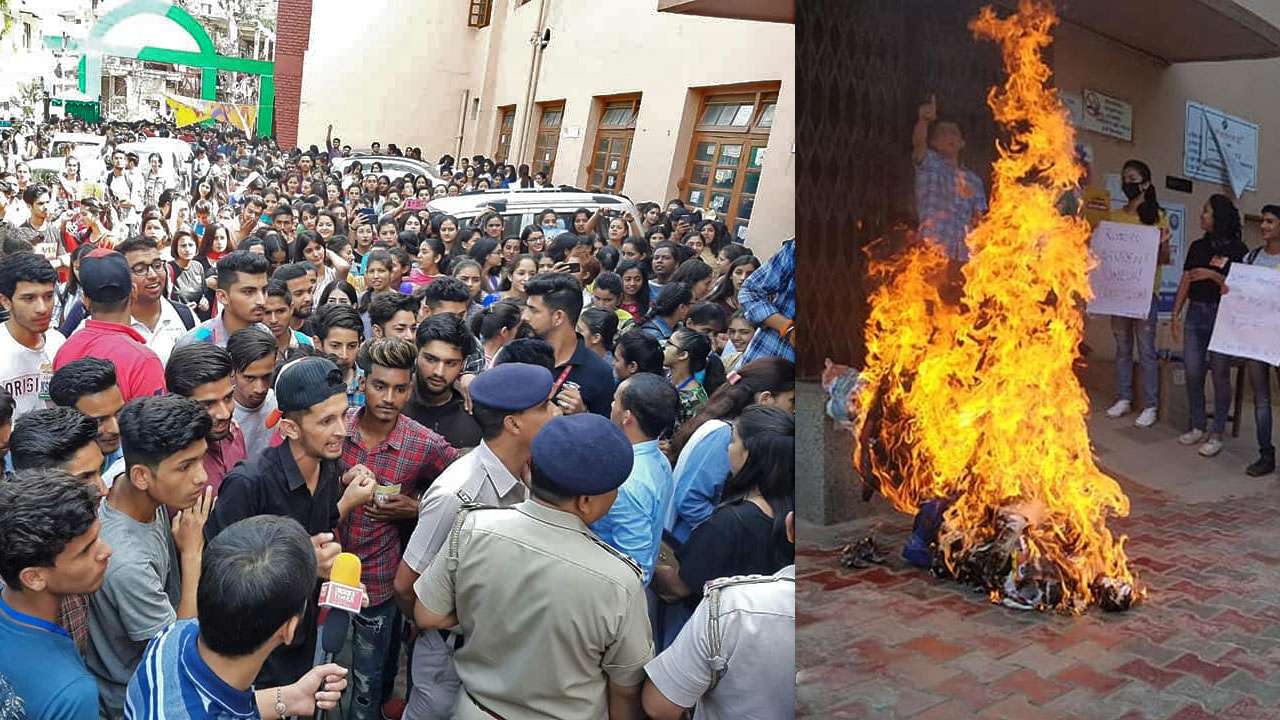 Solan-The voices of student organizations seeking restoration of direct elections to the Students’ Central Association are getting lauder. Today, Akhil Bharatiya Vidyarthi Parishad (ABVP) staged an aggressive protest at Solan Degree College. The students locked down the main gate of the college at 9:30 AM over the demand of restoring SCA elections and for declaration of pending results. ABVP said that it is a democratic right of the students and state government and HPU authority are deliberately depriving them of it. 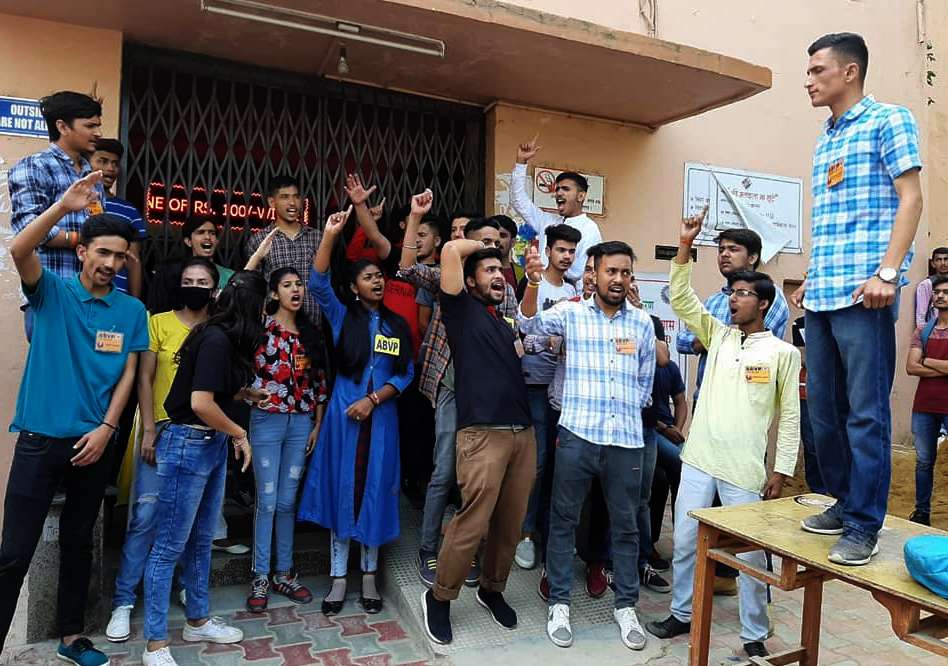 The students also burnt an effigy of the Chief Minister Jairam Thakur. ABVP alleged that prior to elections, Bharatiya Janata Party had made a promise to restore SCA elections after coming to power. However, it did not keep its words. 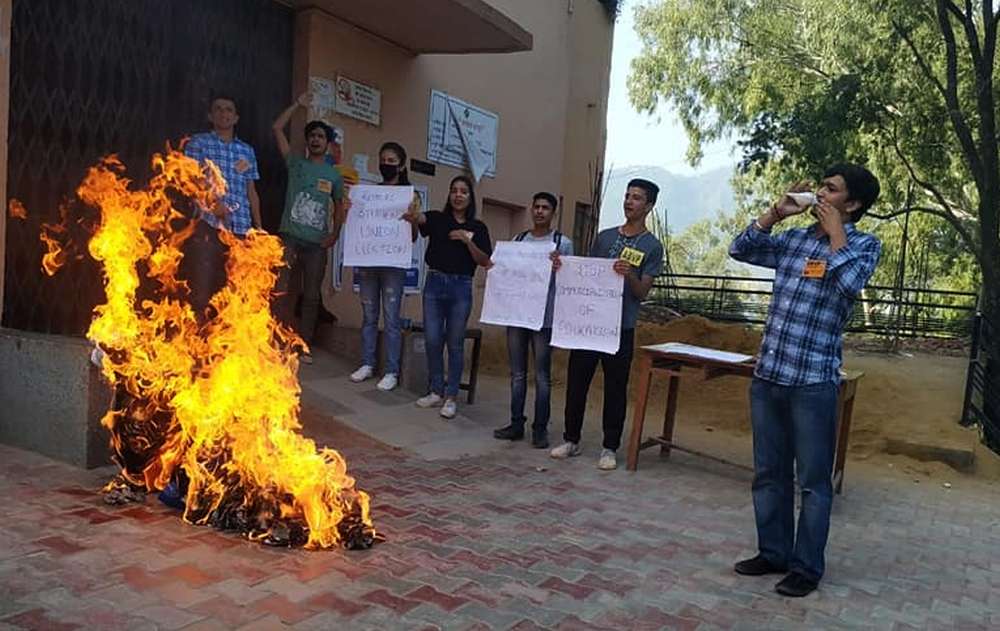 The gate was opened at 12:00 PM only after the Sub-Divisional Officer, Solan, Tehsildar, and Deputy Superintendent of Police arrived at the college and convinced the students.

The President of ABVP’s Solan unit, Shubham Rathore, warned the state government that if no positive step was taken in regard to restoring SCA elections, more aggressive protests would be organized across the state.

All major student organizations, ABVP, SFI, and NSUI, have been demanding direct elections to the SCA, which were banned in 2014.

However, on September 2, 2019, on the recommendations of the High-Power Committee, the HPU authority decided that elections would be held on a nomination basis, and there would be no direct elections. 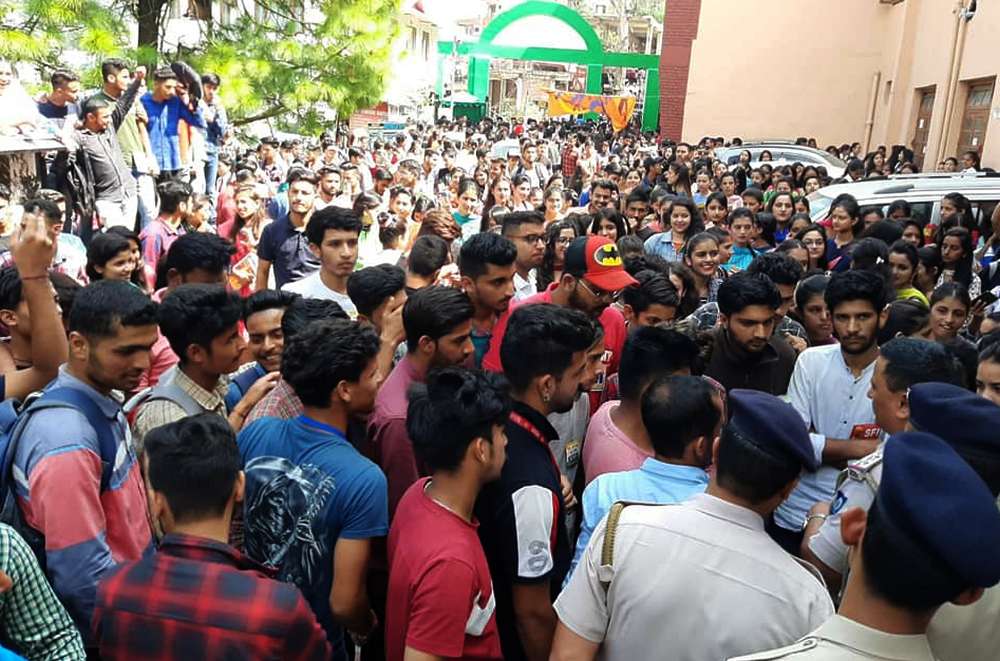 It implied that no elections would be held and students would not be able to cast their vote to elect suitable leaders (members) for the SCA but the university authority would nominate them. Similarly, the Department Representatives would be nominated by the Chairpersons/Directors of the Departments.

Both SFI and ABVP had been alleging that corruption has reached at its peak at HPU campus and voices of the students were being suppressed through various tricks and gimmicks. The varsity has adopted a dictatorial attitude and imposing its Tughlaqian orders on students.

The organizations alleged that this the main reason that the varsity does not want to hold direct elections. SCA elected by students would resist and expose the ongoing corruption, irregularities in administrative working, and lack of facilities at the varsity.