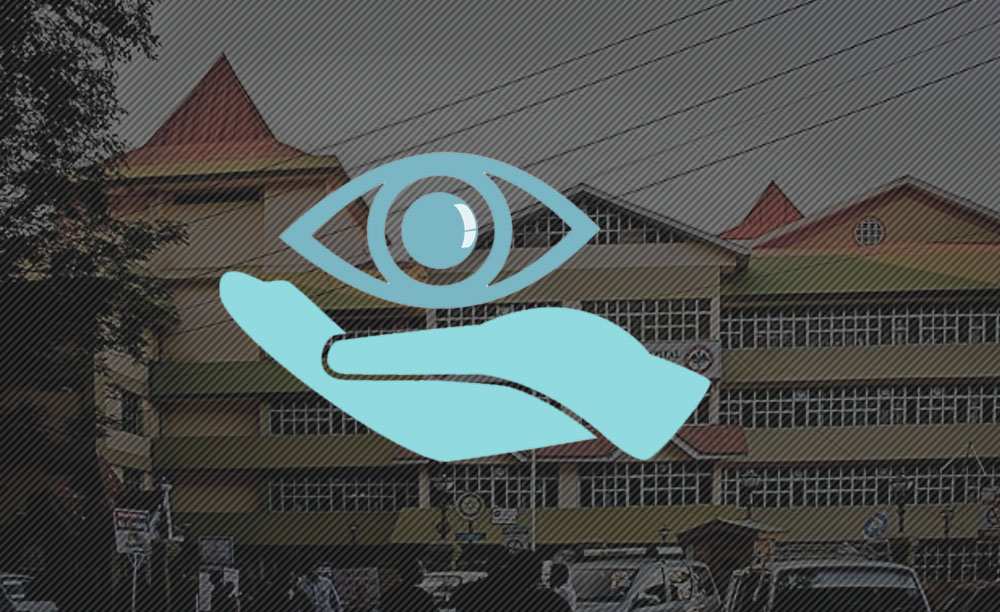 Shimla– The eye banking facility in Himachal Pradesh is completely unorganized and requires immediate attention of the state government. The government has failed to arrange adequate collection centres for the donated eyes. As a result, the number of donated eyes is trivial and needy are not able to receive eyes for transplant. It was informed by Shimla-based Non-Profit Organization, Umang Foundation, on Sunday.

On the conclusion of the Eye Donation Fortnight, the advisor to the HP Advisory Board on Disability and Chairman of the Umang Foundation, Ajai Shrivastava, held a press conference. He also wrote a letter to the Health Minister Vipin Singh with a demand to upgrade the eye collection facility in the state.

He said the team of doctors at the eye bank in Indira Gandhi Medical College, Shimla, is working with full commitment. Still, the number of eye transplants remain very low due to serious flaws in the eye banking facility in the state. The eye bank established two and a half years ago at the Tanda Medical College, Kangra, is in a stalled condition.

In 2010, first eye bank was established during the tenure of Dr Prem Kumar Dhumal as Chief Minister and Rajiv Bindal as the Health Minister. However, no attention was given to strengthening the basic banking infrastructure and network, Shrivastava said.

Only 255 eye transplants have been performed in the last nine years. The main reason for such a low number of transplants is unavailability of donated eyes, he said.

He also added that it was necessary that with the opening of eye bank in Shimla, collection centres in other districts should have been opened. The geographical conditions of the state make it difficult to carry donated eyes to a bank within six hours, he said. To preserve the eyes for transplant, it’s necessary that removal is carried out within six hours of death of the donor.

Shrivastava blamed the previous Congress-led government and the bureaucracy of neglecting the issue. Though training was imparted to eye specialists and technicians in 10 districts for the purpose of opening eye collection centres, no basic infrastructure was provided in eight districts, he said.

Only those eyes are available for transplants which are donated after someone’s death at IGMC, Shimla, or in nearby areas. So far, only 320 eyes donated by 160 donors have reached the eye bank, and only 255 transplants have been conducted.

Currently, over 150 visually impaired persons are in the waiting list of the bank. The number is much higher if hundreds of others suffering from cornea dysfunction are to be considered.

Further, the collection centres in Dharamshala and Nahan have not become operational despite arrangement of all facilities, Shrivastava informed.

The need of the hours is that the government should open eye collection centres in every district so that donated eyes could be carried to the eye banks in Tanda or Shimla within 24 hours. In case, it’s not feasible to carry the eyes to banks within 24 hours, then they can be sent to the banks within four days after completing the necessary process at the local collection centres.

It would help hundreds of visually impaired persons to get back their eyesight.