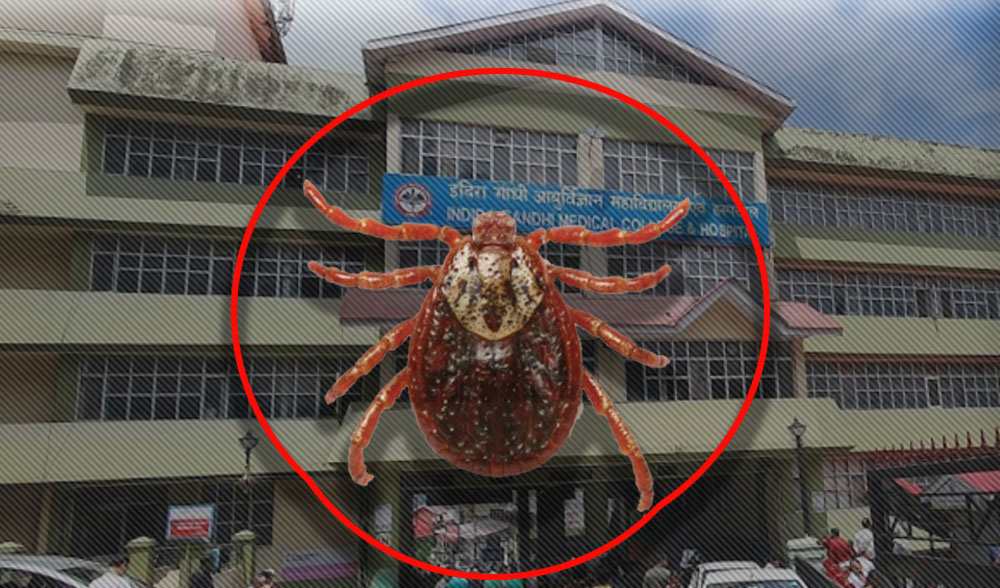 Shimla- Scrub Typhus death toll in Himachal Pradesh has reached eight, while 801 have been tested positive so far. One of the deaths were reported on September 21, 2019, at the Indira Gandhi Medical College, Shimla. A 16-year-old girl, who was taking treatment at the hospital for the past 10 days, reportedly died today.

So far, among the deceased, five belonged to Shimla, two to Mandi and one to Bilaspur district. All of these victims were receiving treatment at the IGMC Shimla.

Amid the alarming rise in Scrub Typhus cases, the public has been advised that all patients, who complain of high fever, body ache and restlessness, should immediately reach the nearest health centre or start taking medicine for Scrub Typhus (doxycycline) as a precautionary measure.

As per the health experts, if Typhus goes untreated for two to three days, it becomes fatal. The doctors at the IGMC Shimla cited the delay in treatment as the reason for deaths.

Scrub typhus is caused by a bacteria called Orientia tsutsugamushi. It is spread to people through bites of infected chiggers (larval mites). These mites could be found in grass fields and bushes, which is why people who visit grassy fields to fetch fodder for cattle are more vulnerable to get infected. This is why Scrub Typhus is also known as bush typhus.

Most common symptoms of this disease include fever and chills, headache, body aches, and muscle pain, and appearance of a dark, scab-like region at the site of the chigger bite (also known as eschar).

People with severe illness may develop organ failure and bleeding, which can be fatal if left untreated.

Scrub typhus should be treated with the antibiotic doxycycline. Doxycycline can be used in persons of any age. Antibiotics are most effective if given soon after symptoms begin. People who are treated early with doxycycline usually recover quickly.