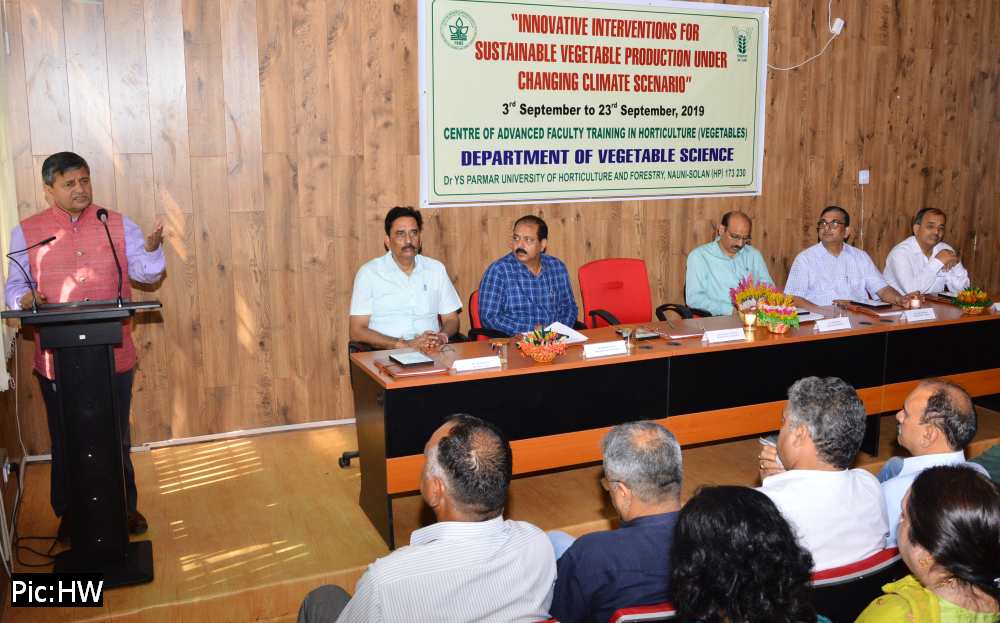 Solan- A 21-day advanced faculty training on ‘Innovative Interventions for Sustainable Vegetable Production under Changing Climate Scenario’ concluded today at the Dr YS Parmar University of Horticulture and Forestry (UHF), Nauni. The training was organized by the Centre of Advanced Faculty Training in Horticulture- Vegetables (CAFT) of the Department of Vegetable Science of the university.

This elite centre has been operational since 1995 when it was sanctioned by the Indian Council of Agricultural Research, New Delhi for upgrading the scientific skills of faculty and scientists of State Agricultural Universities and ICAR institutes in vegetable crop improvement and production technology.

Speaking at the valedictory function of the occasion, Dr AK Sharma, Director of CAFT informed that 28 such advanced training programmes on different research and development aspects of vegetables have been organised since the establishment of the centre and has enabled over 600 young scientists to upgrade their skills.

This is the 29th training in the series. This year 25 scientists from Maharashtra, Gujarat, Punjab, Haryana, Telangana, Madhya Pradesh, Karnataka, Bihar and West Bengal took part in the training. Dr Sharma recalled the extreme climatic events that took place in the world in the past year and their impact. 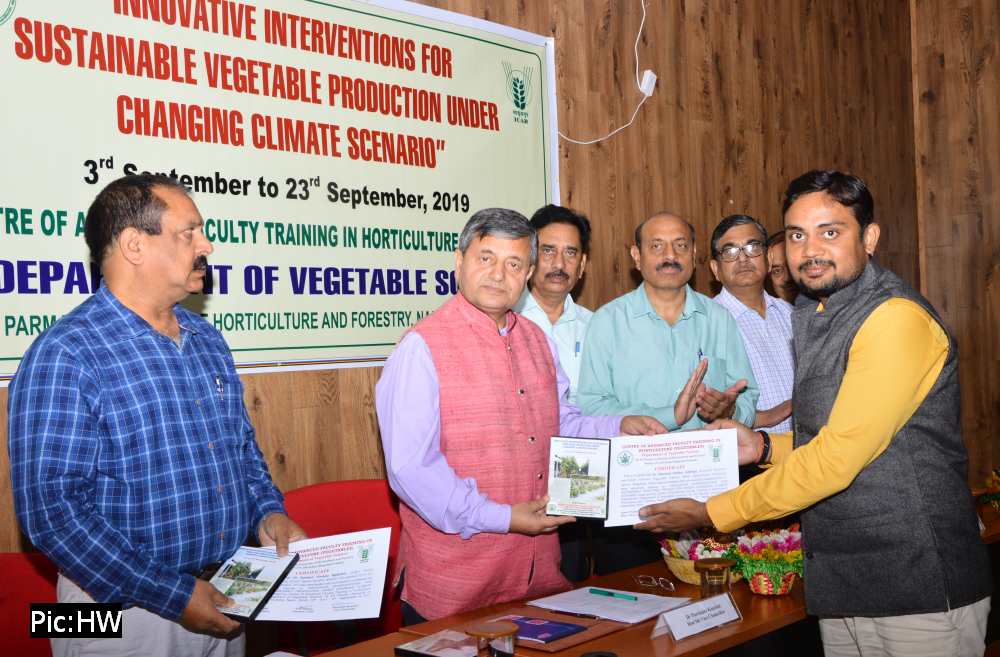 In his address, University Vice-Chancellor Dr Parvinder Kaushal, underlined the importance of food security particularly in the context of climatic change. He said that there has been an increase in food production over the past few decades but this has to match with this rising population.

He said that there was a challenge to sustain production. Dr Kaushal called upon the vegetable breeders to develop varieties, which are resistant to the change in the climate. Speaking on the issue of malnutrition and global hunger index, he said that it was important for the agricultural scientists to come up with innovative solutions, which can help tackle these issues.

This year’s programme was devised to give an elaborate account of climate change, covering its scepticism followed by the evidence to show its existence and then mitigation and adaption strategies to overcome its catastrophic effects to achieve sustainable livelihood avenues.

Experts from the university and eminent scientists of the country delivered talks on cutting-edge technologies for cultivation of vegetables under changing climate scenario. Prominent among these were Dr Sudhakar Pandey, ICAR-IIVR Varanasi, Dr AS Dhatt, PAU Ludhiana, Dr BS Tomar, IARI, New Delhi and Dr Akhilesh Sharma, CSKHPKV, Palampur. The participants also got a chance to visit DMR Chambaghat, CPRI and NBPGR at Shimla and the university’s Krishi Vigyan Kendra Kandaghat and RHRTS Mashobra. They also interacted with progressive farmers of Chail and Saproon valley.