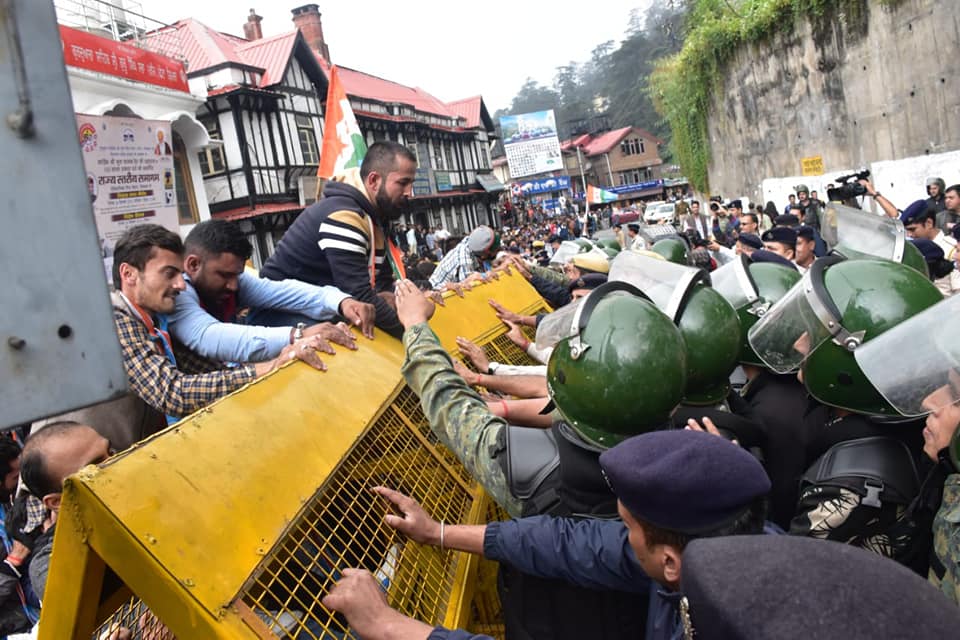 Shimla– Hundreds of students of Himachal Pradesh University led by NSUI today staged a protest against the State Government and tried to gherao the State Secretariat over their demands. The protestors had not taken any permission for protest, so it led to a tussle between the police force and protesting students as they tried to break the barricades to enter the Secretariat. The police struggled to restrain the students and had to call in Quick Reaction Team to hold the barricades. Reportedly, some of the students and a few police jawans were injured.

The situation became so ugly that along with ASP Praveer Thakur, DSP Dinesh Verma, the SP, Shimla, had to arrive at the spot.

About 15 to 20 students were booked for unlawful assembly and rioting, the police confirmed.

The government playing with the future of thousands of students, alleged NSUI. They demanded to roll back the RUSA system as it wasn’t implemented properly.

The situation got under control only after a delegation of students was allowed to enter the secretariat and meet the officials of the Education Department.

They alleged that after the implementation of RUSA, the results were always late and erroneous. The students wanted to submit a memorandum to the Chief Minister. The main issues and question asked in the memorandum were as followed:

NSUI has warned that it would stage more protest with more students if their demands were not met.