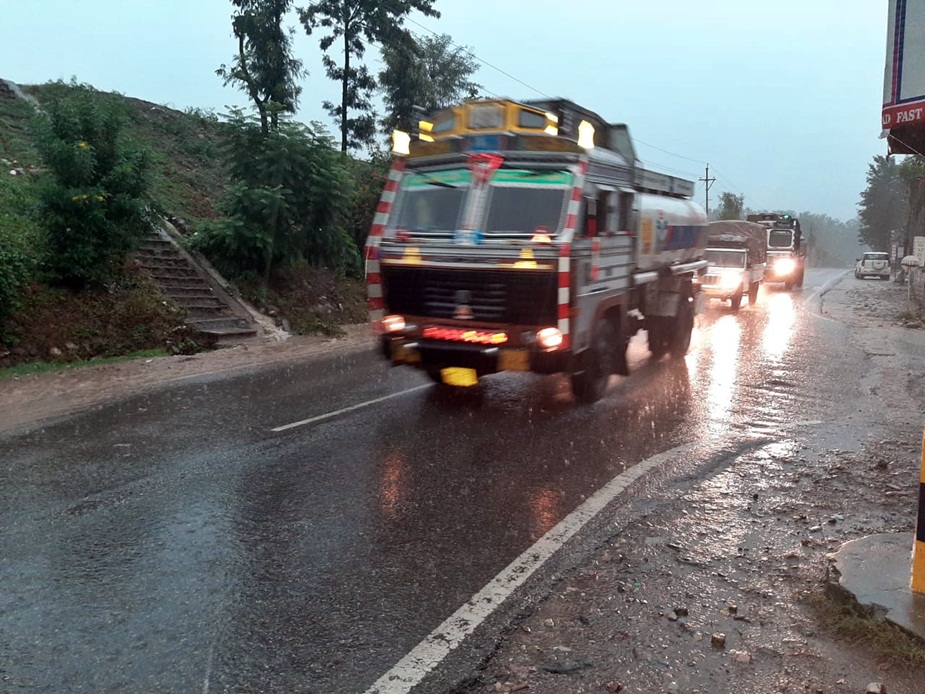 Shimla-Heavy rain in Himachal Pradesh has led to landslides, lightning strikes, and destruction of crops. The Meteorological Department, Shimla, had issued a yellow warning for September 27 and 28. While isolated places in Kangra, Hamirpur, Bilaspur, Mandi and Sirmaur received heavy rainfall during the last 24 hours, light to moderate rainfall was recorded at many places across the state. As per the Met Department, the monsoon was vigorous over the state during the last 24 hours.

In Chamba district, Bharmour-Pathankot National Highway along with some other roads was blocked due to landslide at multiple places. It led to long traffic jams on both sides of the NH. The road was restored shortly.

In Una district, as per reports, about half-a-dozen transformers were damaged after being struck by lightning, which interrupted power-supply in the Tahaliwal area for several hours. At the same time, destruction of maize crops was also reported from Una district.

In Kullu district, bad weather affected the flights to Chandigarh and Delhi.

In Hamirpur and Mandi, the rain brought some respite from the heat.

The Met has predicted heavy rain for September 28 too.

Further, apple growers in mid-hills have complained that rain is causing a delay in picking apple crop and that they are not receiving good prices for their produce.