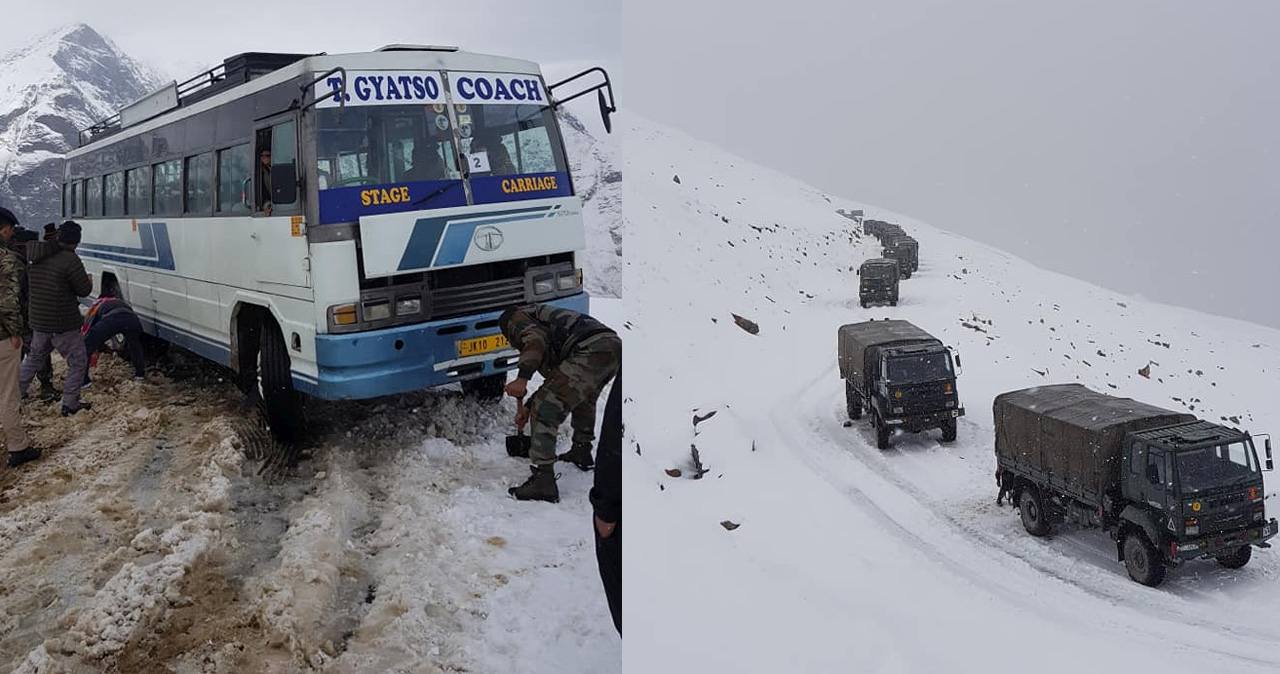 Shimla- After higher reaches of Himachal Pradesh including Rohtang Pass and peaks of Lahaul-Spiti recorded untimely spell of snowfall on Sunday night and Monday morning, light rainfall was recorded at isolated places on Tuesday. 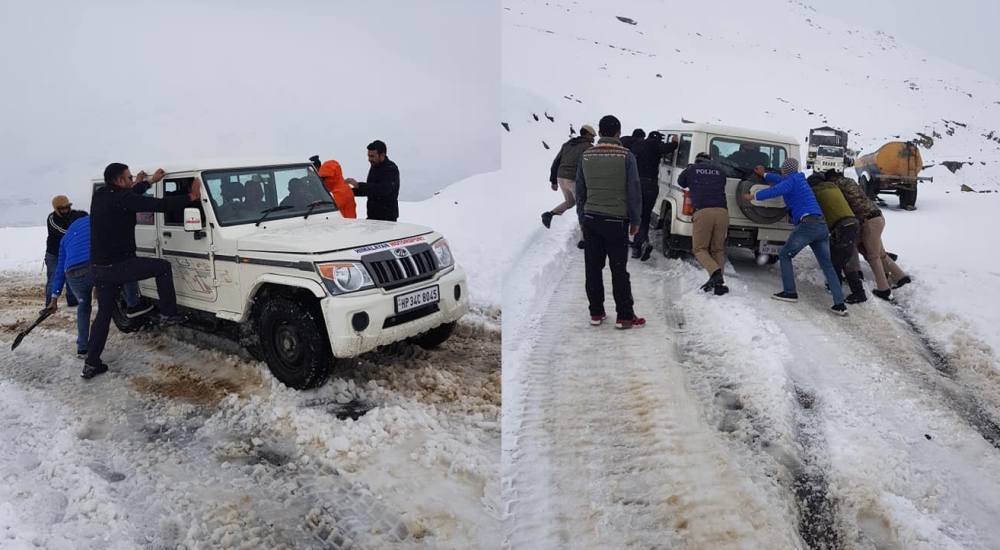 Manali-Leh road was blocked and over 150 vehicles including buses were stranded in Rohtang Pass after the region recorded about half-a-feet of snow. 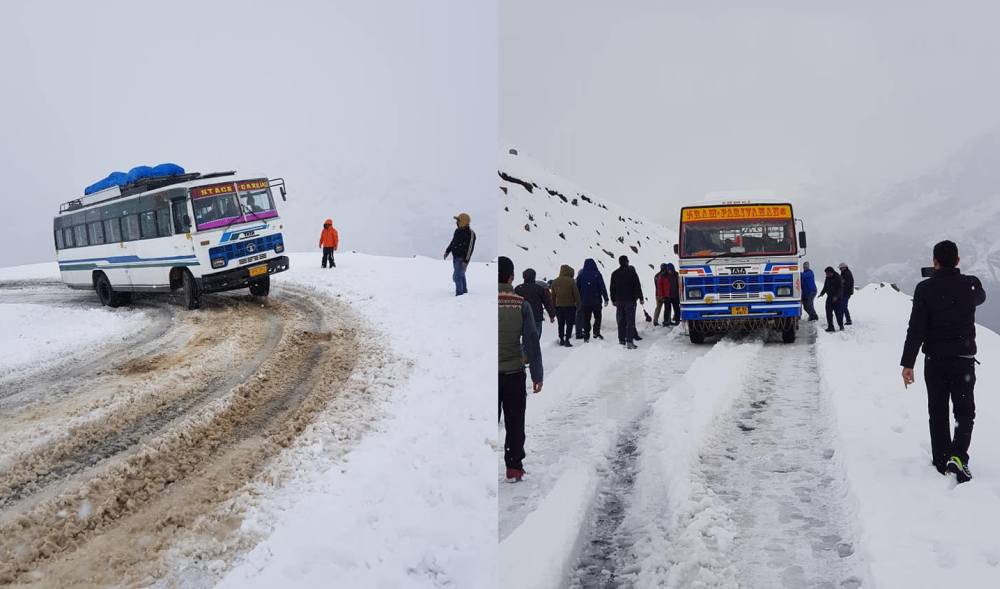 The teams of Kullu Police along with volunteers cleared the road and helped in moving the stuck vehicles. JCB machines of BRO were also deployed to clear the road. As per fresh report, all stranded tourists and locals were taken to safe places. As per the district police, Kullu, Manali-Leh road was opened for traffic by Tuesday evening. 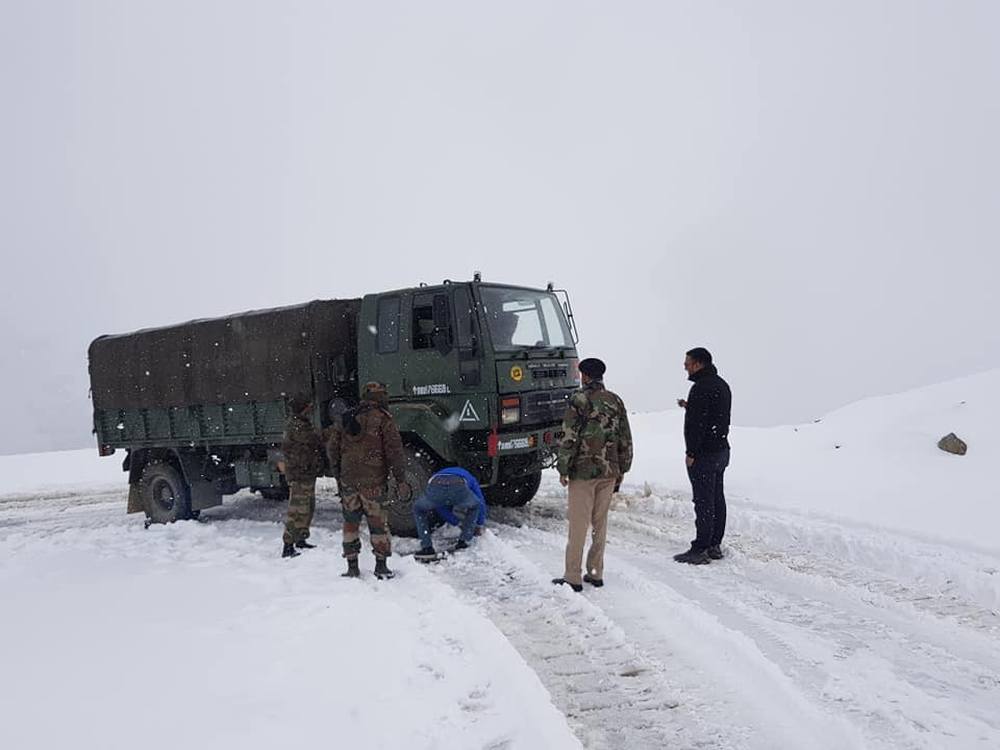 As per the Himachal Pradesh Meteorological Department, the monsoon has weakened during the last 24 hours, and, on Tuesday, only light rainfall was recorded at isolated places including capital Shimla.

There was no considerable change in maximum and minimum temperatures during the last 24 hours. Keylong was coldest at 1.6 Degree Celsius while Una was hottest at 32 Degree Celsius.