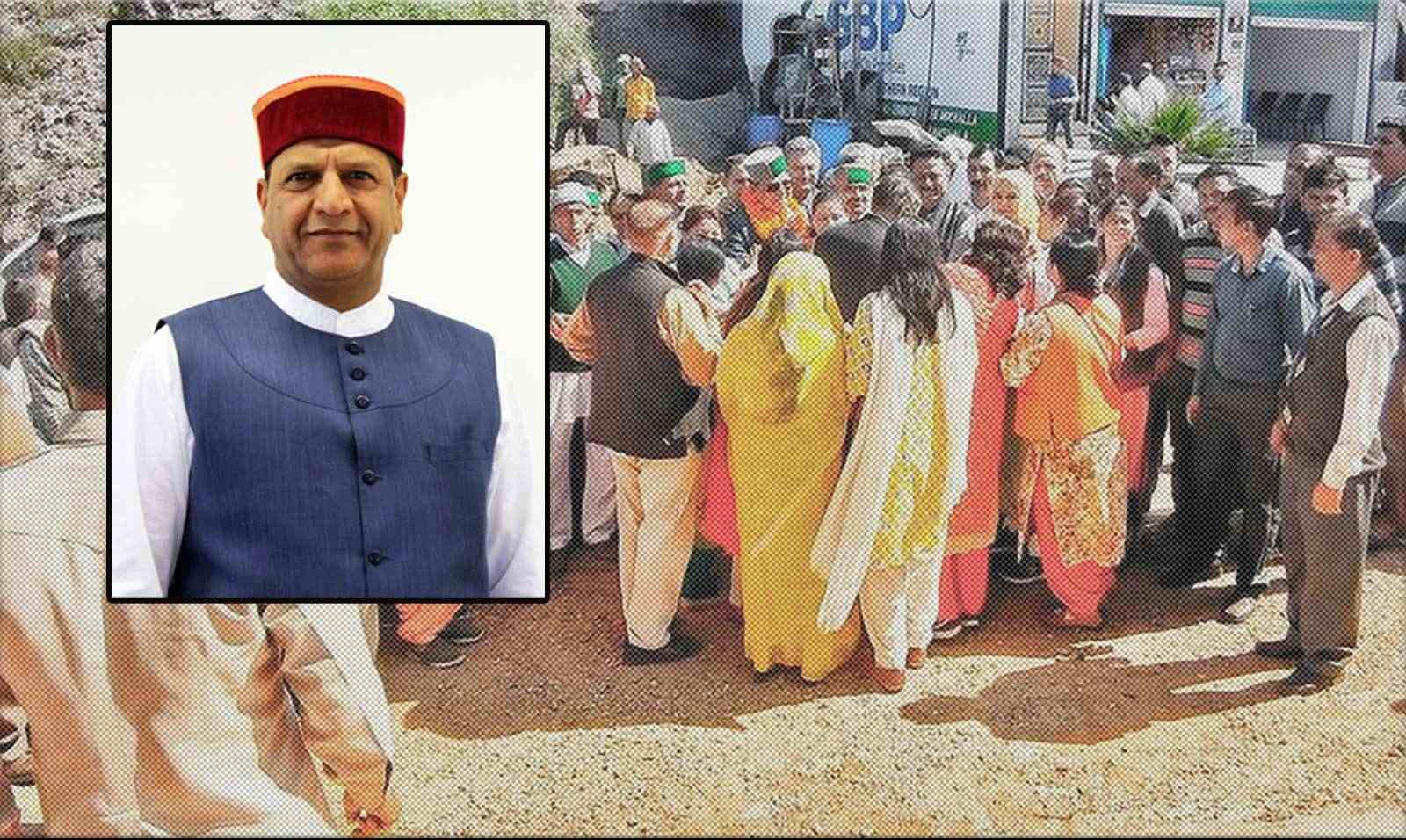 Sirmaur-Rajeev Bindal, the Speaker of Himachal Pradesh Legislatively Assembly, is openly taking part in Bharatiya Janata Party’s electoral campaigns, alleged HP Congress. Congress has filed a complaint with the HP Election Commission over this violation of Model Code of Conduct and urged it to take an action.

Campaigning for the by-election to Pachhad and Dharamshala seats to be held on October 21, 2019, is in full swing. However, Congress has been alleging blatant MCC violations by Speaker Bindal and Irrigation and Public Health Minister Mahender Singh in Pachhad constituency. On Thursday, Congress staged a protest and shouted slogans against Rajeev Bindal’s rally in Thakurdwar of Pachhad constituency.

Congress has expressed shock over the way Model Code of Conduct is being violated in the constituency ahead of the by-election. It said the officials of the Election Commission have closed their eyes to deliberately ignore these violations.

The President of HP Congress Committee, Kuldeep Singh Rathore, on Thursday advised Rajeev Bindal to resign from the position of the Speaker if he wants to get indulged in politics. He said Bindal is supposed to uphold the dignity of his constitutional position. As the speaker,  he is supposed to be neutral. However, Kuldeep alleged, he is undermining the dignity of his position by campaigning for the ruling BJP openly. Further, Kuldeep had said that black flags would be shown to Bindal whenever he would be found campaigning.

Kuldeep has also warned the Election Commission that if no immediate action was taken on the complaint, then Congress would not hesitate to protest against the EC and would knock on the door of the court if required.

It’s pertinent to mention that Congress has also alleged the Deputy Commissioner of Sirmaur of working like an agent of BJP instead of an Electoral Official. Congress has demanded that the DC should be transferred to ensure a fair election.

Congress has also alleged the Irrigation and Public Health Minister, Mahender Singh, of misusing government machinery for election campaigning and luring voters. In a press conference organized yesterday, Kuldeep had alleged both Rajeev Bindal and Mahender Singh for misusing official machinery to woo the voters in Pachhad constituency.

He had also mentioned that a couple of days ago, a truck carrying pipes used to construct poly-house was caught in Rajgarh. He had alleged that these pipes were being supplied on the directions of the Minister Mahender Singh to lure farmers.