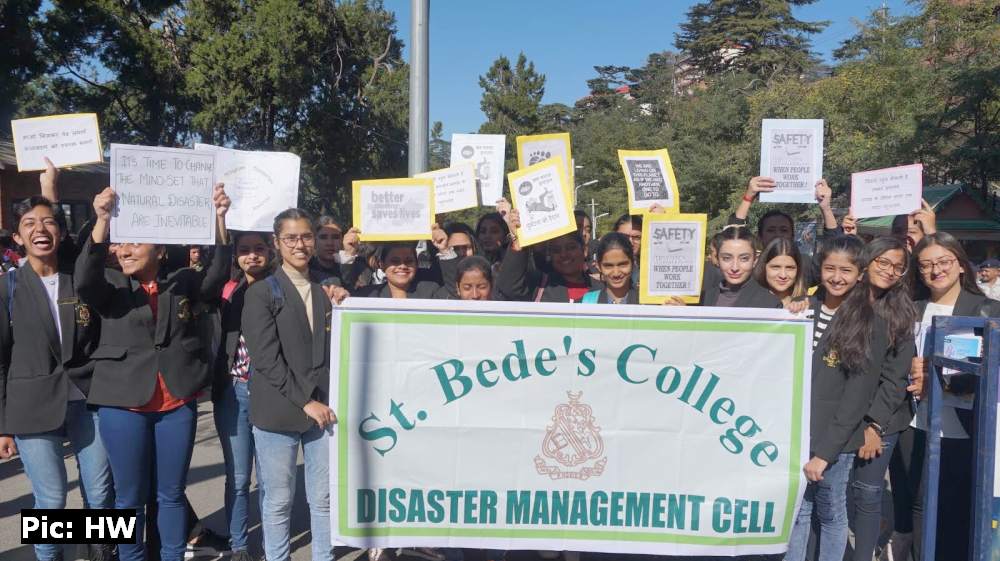 A statewide awareness campaign on disaster reduction was inaugurated today at Gaiety Theatre by HPSDMA. The program began with the traditional Himachali folk dance ‘Nati’, followed by a Nukkad Natak. During the campaign, a variety of events aimed at creating a resilient Himachal would be organized, informed HPSDMA.

The Statewide Awareness Campaign on DRR was inaugurated today at Gaiety Theatre #Shimla by Director, Disaster Management, Govt. of #Himachal Pradesh @dcrana04. During the campaign, a variety of events aimed at creating a #ResilientHimachal will be organized. #DRRDay #Samarth2019 pic.twitter.com/NCZhgDczZO

From the Disaster Management Cell of the College, a total of 32 students and 14 teachers participated. The rally was organised to create awarness among people about natural and man-made disasters. The students of St. Bede’s had prepared posters and slogans for the rally.

The rally started at 10: 00 am from the C.T.O. , Mall Road Shimla, after its inauguration by D.C Rana, Special Secretary, Government Of Himachal Pradesh. The rally covered the entire lower bazar, the Mall Road, Scandal Point and concluded at the Gaiety Theatre. 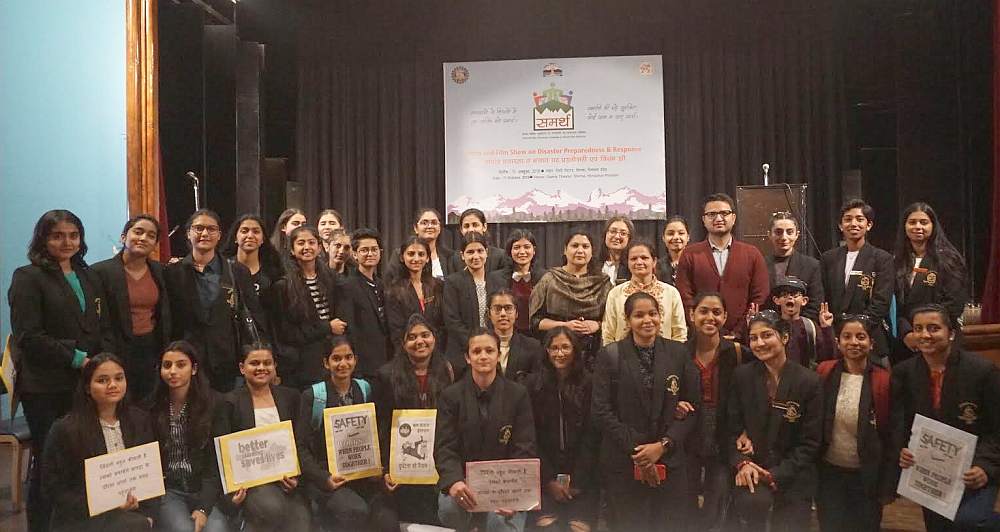 Later, Rana enlightened students about various disasters like earthquake, flood, fire etc., and preventive measures that one should take in case of any disaster.

A quiz competition was also organized, in which students of different schools participated. The main aim of the quiz was to make students aware of various disasters and preventive measures.

After the quiz competition, videos on awareness were shown on disaster preparedness. The students and teachers also went to see the exhibition in which the medical staff threw light on the techniques used in medical emergencies like a heart attack or cardiac Arrest – CPR (Cardio Pulmonary Resuscitation).

This year’s theme is based on one Target of the Sendai Framework for Disaster Risk Reduction 2015-2030: ‘Substantially reduce disaster damage to critical infrastructure and disruption of services through developing resilience by 2030’.