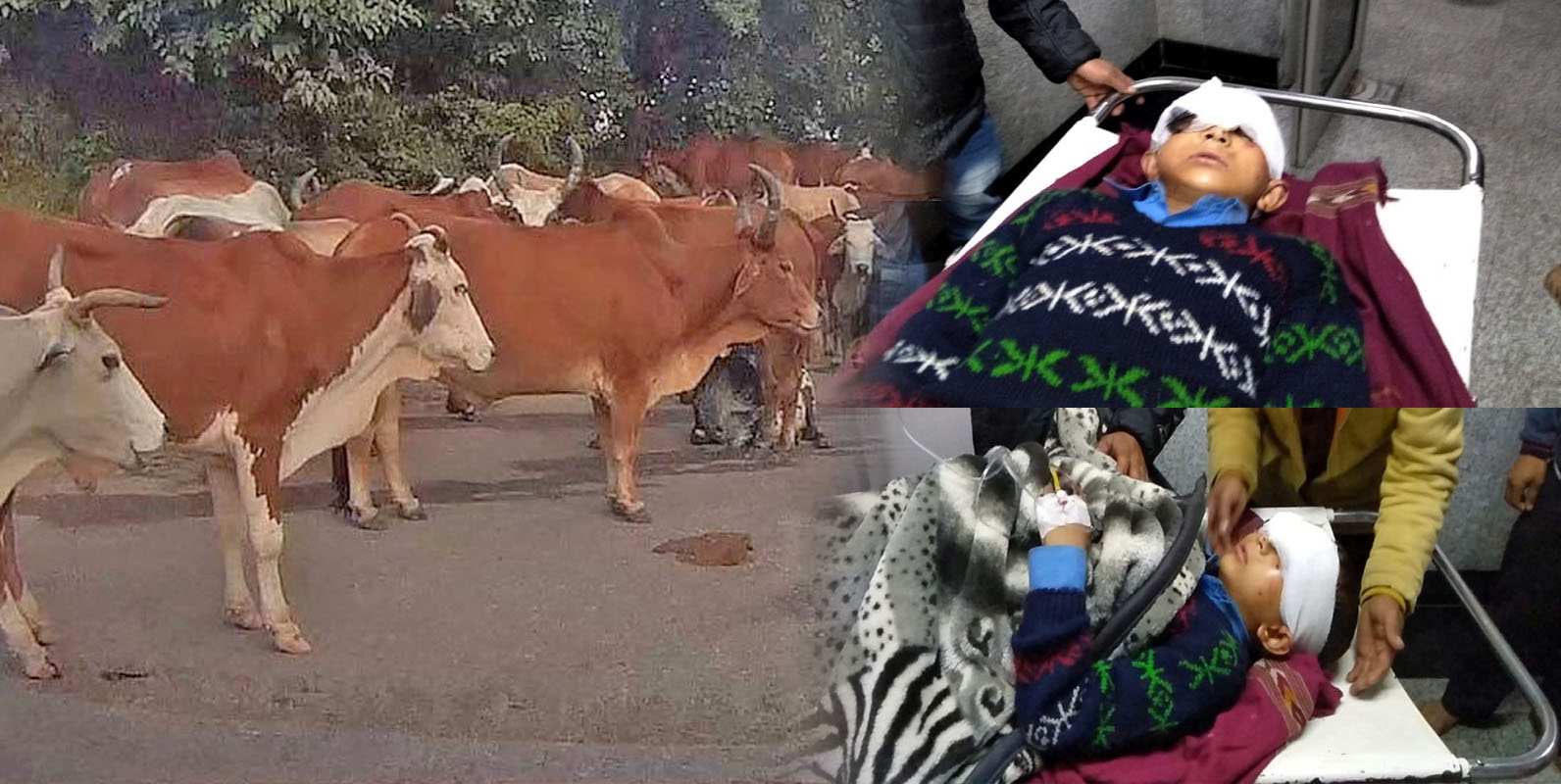 Shimla- Stray cattle menace in Himachal Pradesh is reaching an alarming level as the population of abandoned animals continues to grow on roads. After an elderly succumbed to his injuries sustained in an attack by a bull in Mandi district on November 5, 2019, now a 12-year-old landed in hospital with critical injuries in Dran area.

No Respite from growing number of #cattle abandoned by people in home district of @CMOFFICEHP #Mandi . Stray cattle leads to road accidents in which both humans and animals get injured. Dashcam footage (near Bhambla) was shared by a local and an HW member.#HimachalPradesh pic.twitter.com/4WMC3BIAKj

In September 2019, an elderly man had died in Bilaspur district after a bull attacked him.  This makes it the third such attack during the last three months.

As per the report, a 12-year-old Kushal Kumar was on his way to school on Wednesday morning when a bull attacked him in Batheri village of Drang Vidhan Sabha constituency. Hearing the screams of the child, some people rescued him. However, the child sustained critical injuries on his face and eyes.

He was rushed to a hospital in Kautola area. After initial treatment, the boy was referred to the Zonal Hospital Mandi, from where he was referred to Indira Gandhi Medical College, Shimla.

His uncle informed that Kushal is a student of VII class in Batheri school and his parents are farmers.

His uncle has urged the district administration to send such stray cattle to shelters for the safety of the people, especially elderly and children.

While the government brags about being serious to constructing cow-shelters, the number of stray cattle doesn’t seem to have gone down in reality.

The government claims that it also established ‘Gau Seva Aayog’ on March 1, 2019. Also, the government had been collecting 15 percent of the income of temple trusts and Rs 1 Gauvansh cess on sale as per bottle of liquor, from which the amount of Rs. 7.95 crore has been collected in Aayogs account

The lackadaisical attitude of the district administrations and police towards taking effective measures to control stray cattle menace is now resulting in deaths and injuries in attacks by these animals.

Despite State High Court’s orders passed in 2014 to tag cattle to make it easier to trace back the owner who abandoned them, there is hardly any execution. Otherwise, it would have been possible to take legal action against people to deter them from simply abandoning cattle.