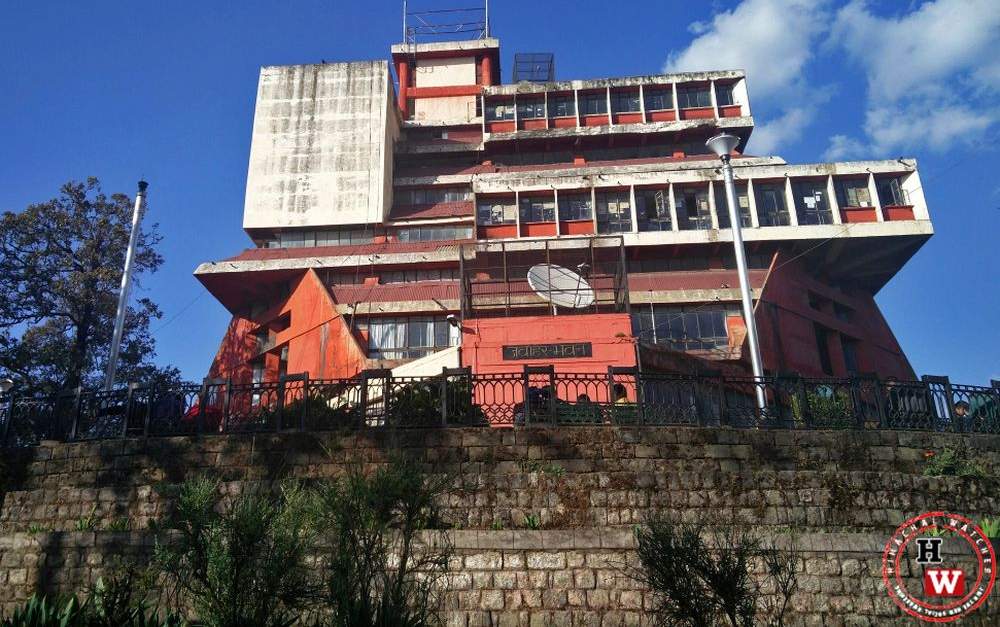 Shimla- Himachal Pradesh University, in a first in Northern India, has decided to create one supernumerary seat in all teaching departments in M.Phil and Ph.D for persons with disabilities from next academic session.

This decision was taken in the meeting of Executive Council (EC), which is decision making body of the university.

Member of the Executive Council and Nodal officer for Disability Affairs Prof. Ajai Srivastava explained the background of the matter in the meeting.

He said 5 % reservation for the disabled students was implemented up to Post Graduate level as normally there are 40 seats in a class. But problems arise in Ph.D and M.Phil where seats are less than 20 and it becomes difficult to calculate the percentage of reservation in seats. The High Court had stopped the running roster in admissions for the disabled.

In the last meeting of EC on November 23, the issue to create supernumerary seats for the disabled students was raised by Ajai Srivastava and the EC had appointed a committee comprising him and Prof. Nagesh Thakur, Prof. Arvind Bhatt and the Registrar to make a recommendation on the issue.

The report of the committee was presented in today’s meeting which was further explained by Ajai Srivastava. The EC unanimously decided to create the supernumerary seat in each teaching department.

On the other hand, DSYA, Himachal Pradesh, had recently approached the Governor over the non-implementation of the HP High Court orders regarding five percent reservation for disabled students.

The Association alleges that the Registrar, HPU, Ghanshyam Chand, disregarded orders of the court to reserve five percent seats for the disabled students during admissions. He went on with admissions for the session 2019-20 without implementing the order in any of the courses, DSYA alleges. The disabled students were also not given this reservation while allotting hostel facility.

A visually impaired student, Indu Kumari, native of Chamba, had filed a PIL, while hearing this petition on November 5, 2018, the court had directed all institutions of higher education to reserve five percent seats for the disabled students.

The Association has also raised issues regarding a lack of basic facilities in the only accessible library. The Association had alleged that the library doesn’t have a toilet and students, especially visually impaired girls are facing huge inconvenience due to it. 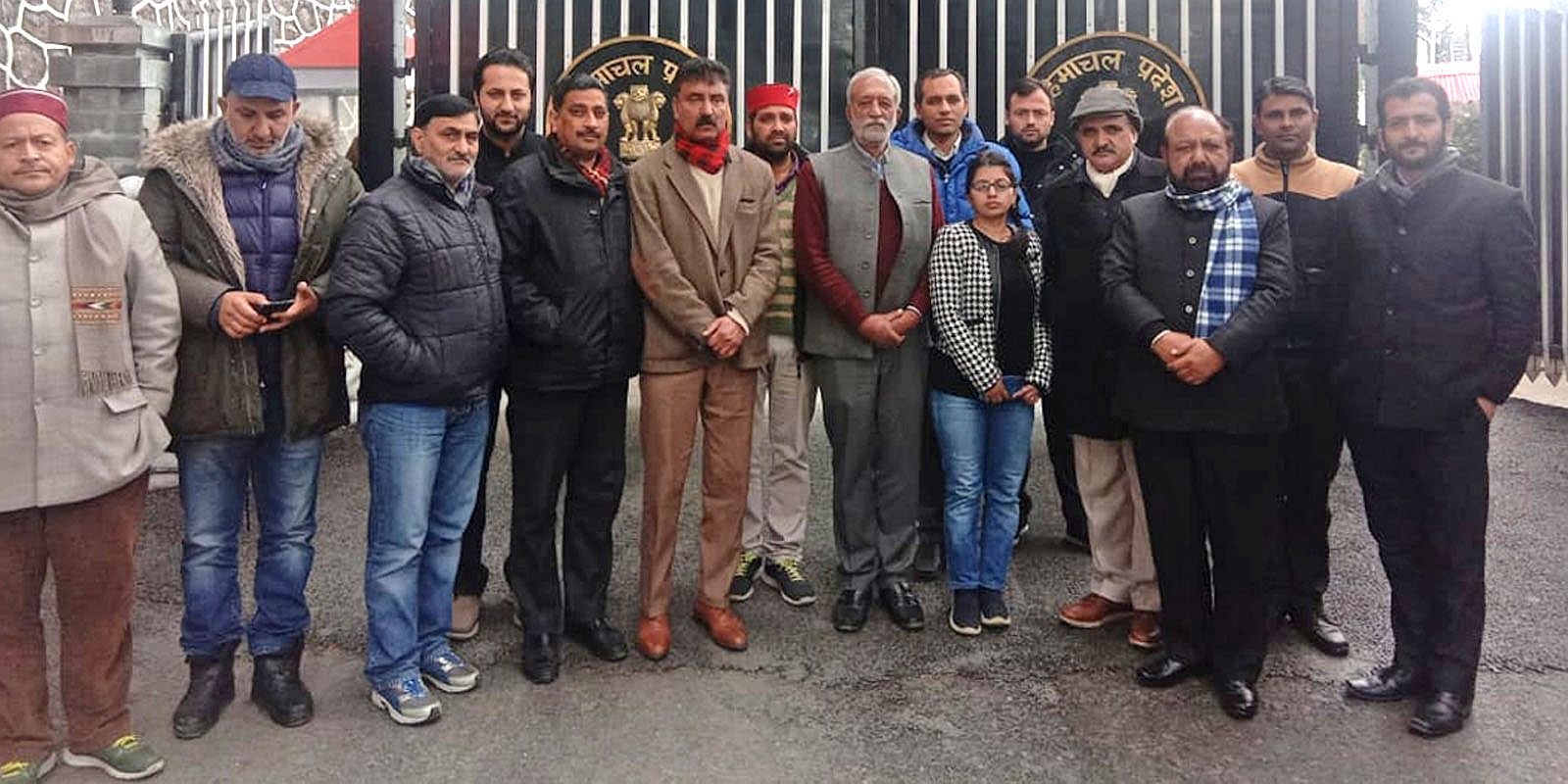 Shimla-A delegation of Himachal Pradesh University’s former student leaders and elected office bearers of the Students Central Association (SCA) on January 18, 2020, submitted a memorandum to the President through Governor Bandaru Dattatraya at Raj Bhavan, Shimla to show their solidarity with the students and teachers of Jawaharlal Nehru University (JNU) amidst the current turmoil. The signatories alleged that the student agitation for fee rollback has been met with aggressive counter, wherein students and teachers of the University have been brutally assaulted, under the implicit support of the Professor M. Jagdish Kumar, Vice Chancellor, Delhi police and political forces whose masked goons unleashed violence on January 5, 2020.

Among dozens of students and teachers attacked with rods and bricks, Professor Sucharita Sen, Dr. Ameet Parameswaran, and Ms. Aishe Ghosh, President JNUSU, were seriously injured in the brutal organized attack. And, till date, no arrests have been made and to the contrary criminal cases have been filed against the JNUSU office bearers and other students, they said.

Apart from the contribution of JNU to the overall human resource development and contribution to the national development as is evident from these criteria, the last stated criterion, ‘perception’, is the most important in the present scenario wherein 24×7 propaganda machinery is working hard to defame this esteemed centre of learning, they said.  Its academic preeminence has again been affirmed recently as out of 32 candidates selected as IES Officers, 18 are alumni of JNU. Thereafter, the Union HRD Minister also had to state ‘JNU is Our Top University’, they added.

The memorandum said that along with this, it is not out of place to put here that JNU also has earlier been considered a prestigious University world around. It has kept alive the very spirit of the debate in Indian Parliament when the bill for its establishment was placed for discussion as in the Rajya Sabha on 1 September 1965 by the then minister of education, M.C. Chagla. During the discussion on the bill, Bhushan Gupta, MP, voiced the opinion that ‘….this should not be yet another university…and one thing that this University should ensure was to keep noble ideas in mind and provide accessibility to students from weaker sections of society.’ And since the JNU Act came into force on 22 April 1969, the students and the faculty of this University did not let the Indian Parliament down and hugely contributed to take this University to the top by way of a work culture unique in India.

Today, JNU is also known for its alumni who occupy important bureaucratic and ministerial positions in India including in the present central government, the memorandum said. In this backdrop, the functioning of Professor M. Jagdish Kumar, Vice-Chancellor, during his four years tenure and with focus on January 05, 2020, violent attack, on students and faculty, needs a serious look. He was selected as Vice-Chancellor by the then President of India by ignoring the HRD Ministry’s note on the appointment of a new V.C. for JNU that had a veiled warning that Kumar could be a misfit to run JNU. His functioning as VC has been detrimental to the growth of this University as comes out of his four years tenure and the recent incidents have made it obligatory that he should be sacked immediately being complicit in the mob attack on students and teachers on January 05, 2020, it said.

The signatories have given the following five reasons behind their demand to remove the JNU VC: 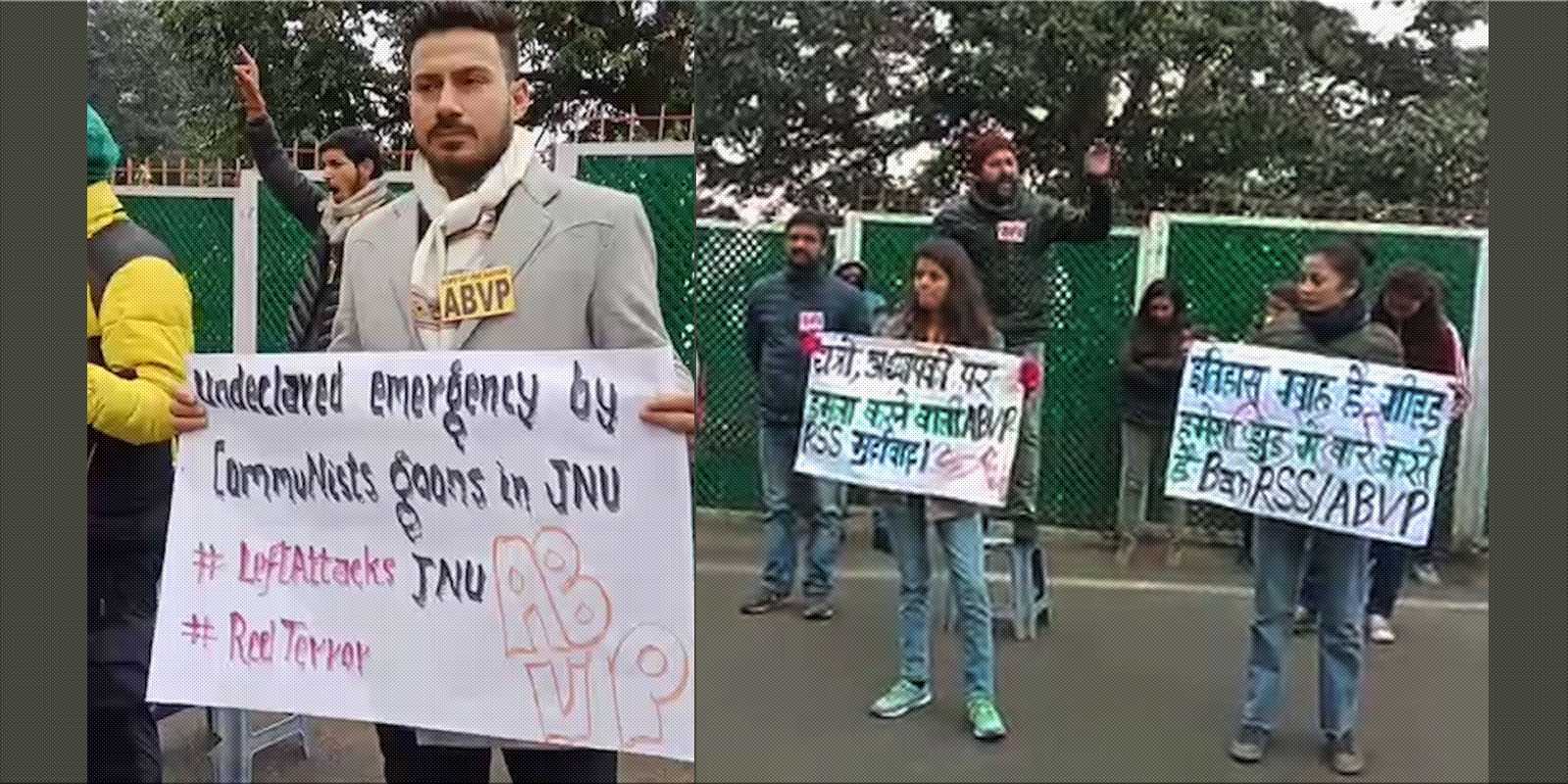 Shimla– The terrifying attack at Jawaharlal Nehru University, Delhi, on Sunday evening by a mob of masked assailants in which students and teachers were targeted equally have attracted criticism from students of several other universities across India.

The visuals showing rampage of a mob of masked men and women, bleeding students, and vandalized rooms flooded Twitter and other social media. The worst part of this incident is that police remained a mute spectator and let these masked men wreak havoc at JNU campus.

Not only students but teachers were also assaulted by these men, women. Teachers, who were trying to speak to media, were also heckled.

Questions are being raised on the intentions and efficiency of the Union Home Minister, Amit Shah, who controls the police in Delhi.

Following this attack, on Monday, Student Federation of India (SFI) and Akhil Bharatiya Vidyarthi Parishad (ABVP) staged separate protests at the Himachal Pradesh University campus, Shimla. Both organizations blamed each other for the attack.

Statements of both student organizations can be heard in the video below.

WATCH | “Had informed police that a group of people we don’t know are gathering with sticks and weapons, there was no intervention,” says #JNUSU president Aishe Ghosh.#JNU #JNUViolence #JNUSU #JNUattack pic.twitter.com/yFDY8P73eN