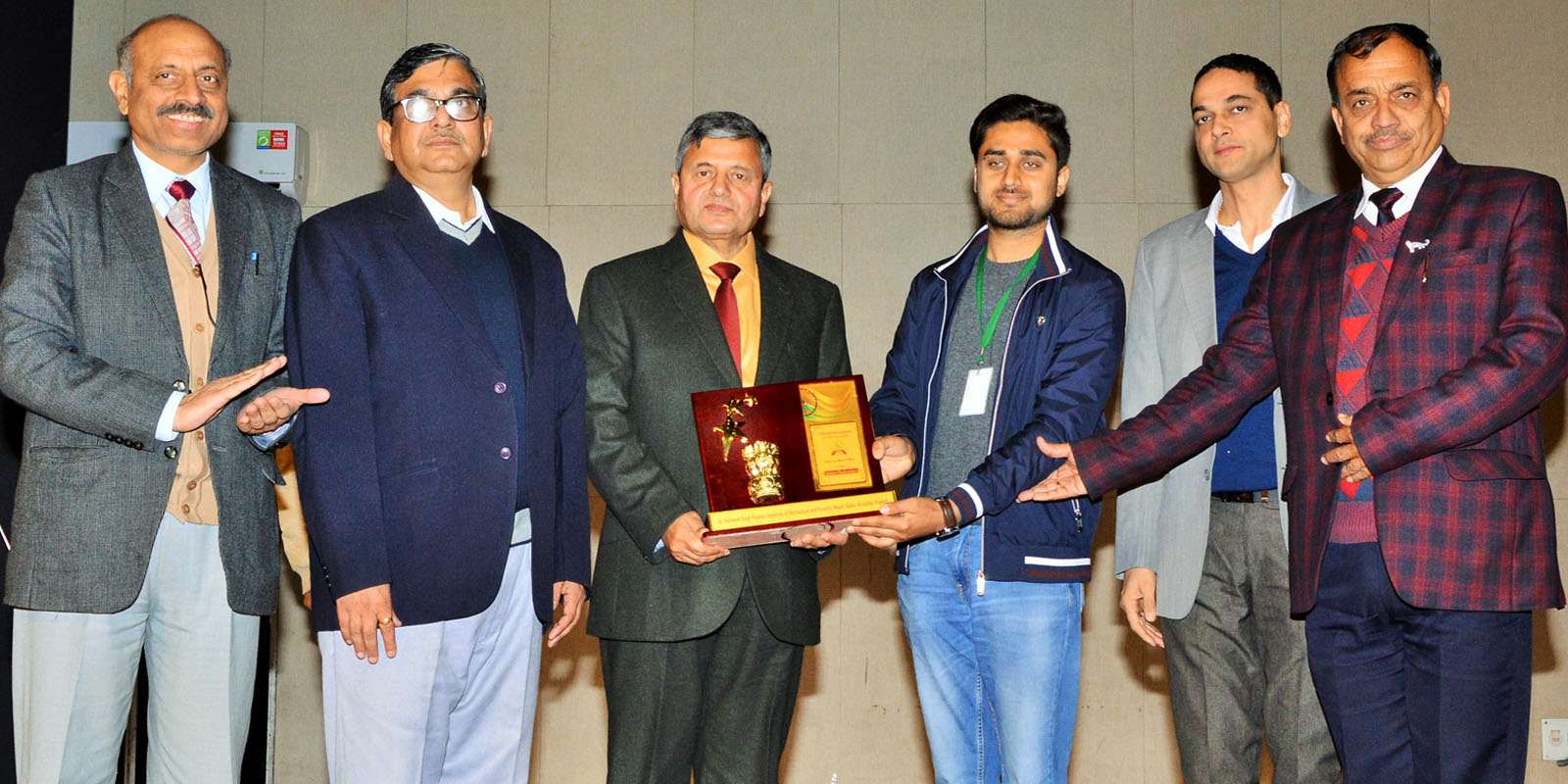 Solan: The All India Agricultural Students Association (AIASA) has awarded the ‘Institution of Excellence’ Award to Dr YS Parmar University of Horticulture and Forestry (UHF), Nauni. The award was announced at AIASA’s National Youth Convention, which recently concluded at the Indira Gandhi Agricultural University, Raipur. The event was co-organised by the Indian Council of Agricultural Research (ICAR).

Besides the Vice-Chancellors of several universities, the event saw the participation of scientists and researchers from 74 universities of the country. Dr RC Aggarwal, ICAR DDG (Agriculture Education) was the chief guest during the convention. The University bagged the award for its immense contribution in the field of horticulture and forestry.

Apart from this award, the university also bagged three other awards at the convention. While Dr KS Pant bagged the Best Teacher Award, Pankaj Thakur, a PhD Agribusiness scholar was honoured with the ‘Aawahan’ award. Another student, Priyank Sharma won second prize for oral presentation.

Speaking on the occasion, Dr Parvinder Kaushal thanked the ICAR and AIASA for recognizing the efforts of the university in promotion of horticultural and forestry activities in the state.

He gave credit to the faculty, students and staff of the university, who have made significant contributions to education, research and extension activities for the past three decades. He assured that the university would continue to strive for the development of this sector so that the income and livelihood avenues of the farmers of the state can be increased.

Himachal Records 81% Turnout in 3rd Phase of PRI Polls, Congress Make a Come Back in Theog MC after 20 Years