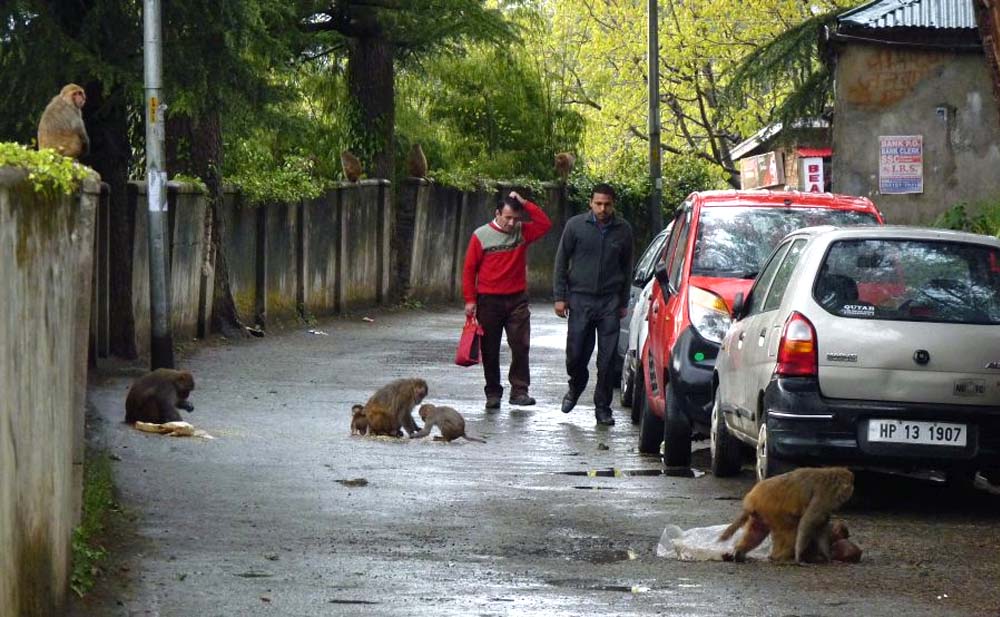 Shimla-The population of monkeys in Himachal Pradesh has reduced due to efforts of the Himachal Government, a spokesperson of the state government claimed in a statement made on March 16, 2020.

It’s pertinent to mention that over-population of monkeys in the state had been wreaking havoc in the state by destroying crops at a large scale, causing huge losses to farmers. In Shimla city, the monkey menace has been on the rise. While signs of relief are not visible, the government claims otherwise.

The analysis of the data reveals that the rhesus macaque population has been assessed at 1,36,443 in comparison to 2,05,167 of 2015, which is the 33.5 percent decrease in population, the government claimed.

The government also claimed that average troupe size has also decreased resulting in lowering of density hotspots from 263 to 226.

According to the report, decrease in the population abundance is a result of various measures adopted by the Forest Department such as mass sterilisation programme, batter garbage management, widespread public awareness campaigns, habitat enrichment model adopted by the state and declaration of rhesus macaque has vermin in 91 Tehsil/Sub Tehsil and Shimla Municipal area, the government claims.

The government further claimed that eight Monkey Sterilisation Centers are operational in Himachal Pradesh, in which 35 thousand monkeys are sterilized every year. The Government claimed that 1,62000 monkeys have been sterilized till date and prevented births of more than 5 lakhs monkeys.

Coronavirus in India: Himachal Pradesh Shuts Doors for All Tourists