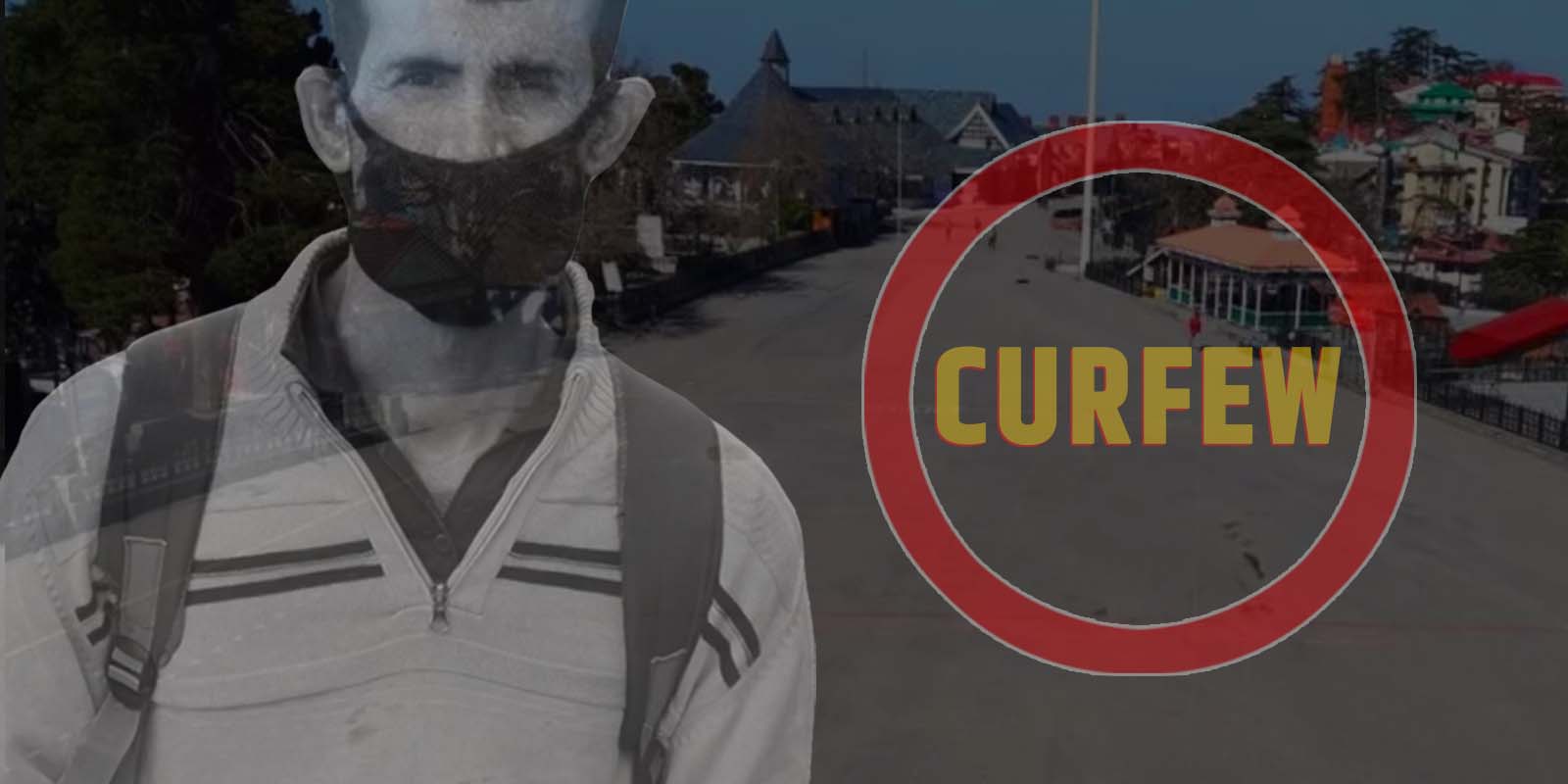 Shimla-A curfew has been imposed in entire Himachal Pradesh by the State Government in wake of coronavirus pandemic. The curfew will come into force from 5 pm today.

This was decided in the meeting presided over by the Chief Minister Jai Ram Thakur with the Ministers and Officers of the state government to reviewed the overall situation of the state.

The Chief Minister Jairam Thakur said that the decision has been taken because a section of citizens was still not taking the outbreak seriously and was not supporting the statewide lockdown. Such irresponsible behavior would only worsen the outbreak.

“No person shall leave his/her home or shall move on foot or by vehicle or travel or stand or roam around on any road or public places (except for emergency medical aid. Further, any assembly of five or more persons shall not be allowed,”

“Violation of this order shall attract provisions of Section 188 of IPC and the violator can be prosecuted under Section 269 and 279 of IPC which provide for imprisonment for 6 months or with a fine of both and imprisonment which may extend upto two years or fine respectively,”

The Executive Magistrates and Police Officials have been directed to ensure compliance in their respective districts.

The decision to impose curfew followed the first death due to COVID-19 on March 23th at Tanda Medical College. The deceased was a Tibetan national who had recently returned from USA. With its first death, Himachal Pradesh has reported three positive cases of COVID-19 infection.

The public will be informed regarding timings of relaxation in curfew, the Chief Minister said.

COVID-19 in Himachal: 912 Persons Under Surveillance in State