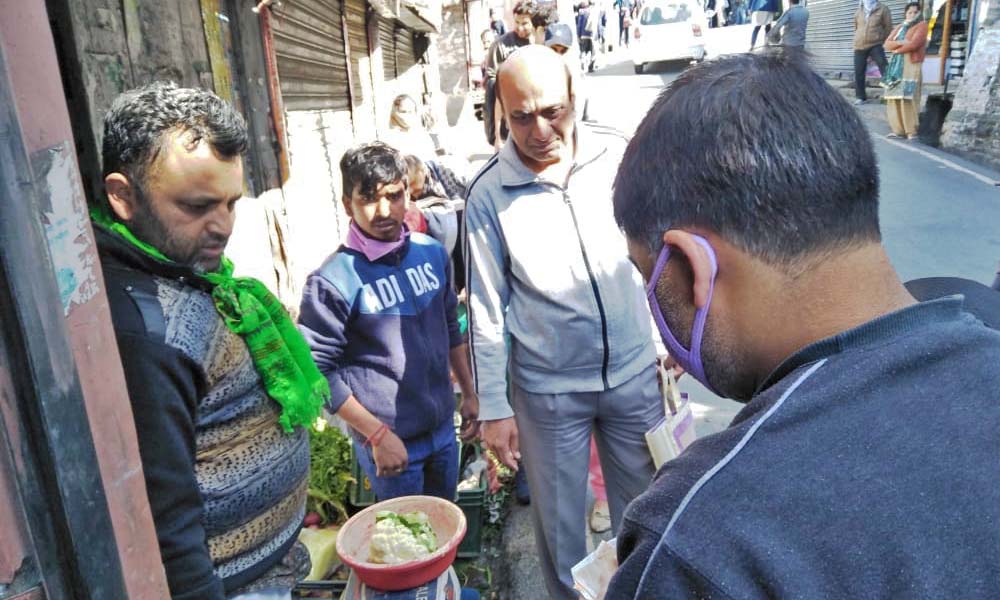 Shimla-Number of COVID-19 positive cases in Himachal Pradesh remains three as no new case has been reported. Out of these three, one person has died at the Tanda Medical College. So far, 133 samples have been tested in the State and 130 of them have tested negative. Over 2250 people have been kept under observation. Out of it, over 600 people have completed 28 days monitoring period.

Meanwhile, the decision of the Himachal Pradesh Government to give relaxation of six-hours (7 AM-1 PM) in curfew daily is attracting criticism. Though the government decided to allow citizens to buy essentials supplies, several people including medical professionals termed it a wrong decision. They said people are likely to create crowd at shops and will not take the lockdown seriously, which could fail the sole purpose of curfew – to minimize social contact and check the spread of coronavirus pandemic.

People were seen roaming around on the pretext of buying essentials during yesterday’s three-hour relaxation period, said a user on social media. Others argued that people do not need six hours to buy essentials and it will make the lockdown look less serious.

Health workers advised the government to take views of the doctors too before taking such decisions. They alleged they are working without protective gear, especially at primary health centres. The government should remain prepared for dire consequences, they said.

Several others were seen defending the decision of six-hour daily relaxation saying there was more probability of creating crowd outside shops if people are not given sufficient time to buy essentials. Six-hour relaxation window will allow people to come out of their houses without haste and even wait for their turn.

At the same time, the decision of the government to allow liquor vendors to open shops during the relaxation period also faced a backlash and became a topic of debate on social media.

People argued that liquor is not an essential commodity and it can lead to the gathering of crowds outside shops, which would again fails the purpose of lockdown. However, several others were of the opinion that there is no big issue if liquor vendors are allowed to open shops.

After facing backlash, the government has withdrawn its decision to allow liquor vends to open shops during the relaxation period.

Curfew Relaxation in Himachal Reduced to 3 Hours from 6, DCs Asked to Try Home Delivery of Essentials